Dear Family and Friends of a loved one whose name is engraved on the Vietnam Memorial Wall,

This year I write to all of you who have known the loss of a loved one to war, to say I’m so sorry we couldn’t have ended the war sooner and brought your husband, son, father back to you alive.

War for me is very personal. My father, a marine, was killed on the beachhead in Guam, July 22, 1944.  World War II is a war I’ve lived my whole life. It was a war in which my father felt he had to do his share and give something to this world.  He did, and I never knew him except through pictures and letters and others’ memories. It was a war that destroyed my mother and her hopes and dreams for the future.

On Sunday mornings in Chicago I’d go with my grandparents to the cemetery to visit their son, my father. My grandfather would dress as usual in his suit, tie, and hat; my grandmother would put on her suit and heels. We would stop at a florist to pick up flowers. We were all silent as we entered the cemetery gates. It was important to be quiet and respectful among the dead.  I am six or seven or thirteen, but I’ve learned to walk cautiously in the cemetery – never on the graves, always aware of the headstones and markers.  My grandfather drives slowly along through the windy roads, huge trees and bushes, old mausoleums. It’s quiet and peaceful here among the dead.

We park and leave the car; grandfather carries the flowers. In winter we bring pansies. He goes to the grave, takes the old wilted flowers from the container in the ground, pours out the old water, and carefully fills it with fresh water and the bouquet, putting it back at the headstone. My grandmother falls to her knees, crying:  Harold, Harold, look.  Here’s Susie, your daughter – see how she’s growing.” My grandfather takes my hand and we walk away to visit other relatives as grandma continues to talk to her son, sobbing at times. She is kneeling next to the grave. At times, I think she leans over to hug him – over the grave ­– her youngest son, her beautiful Harold.

Oak Knoll Naval Hospital where I worked  was built during World War II to care for those marines and sailors wounded in the Pacific Theater.  It consisted of about 30 separate wooden buildings on the rolling hills of a golf course – each unit a separate building just in case the Japanese decided to bomb the hospital. And here I was in 1967, caring for the wounded of yet another war, trying desperately to ease the pain and suffering of these young men on hospital units built for my father’s war and I wondered when would this destruction and killing end, when would we humans live in peace, in a world without hatred toward others?

And, here I was in 1967, caring for the wounded of yet another war, trying desperately to ease the pain and suffering of these young men on hospital units built for my father’s war.

1968 of the American War in Vietnam was a turning point for me as I realized I couldn’t protect my patients or my corpsmen – from the war, from their fears, from dying. I could heal them, make them whole again, ease their passage back into society and family. Until I couldn’t, and realized that this war had to stop. I had a responsibility to act and work with others to stop the war, to support the troops by bringing them home alive.

I am sorry that we couldn’t have ended the war sooner and brought your loved home to you. 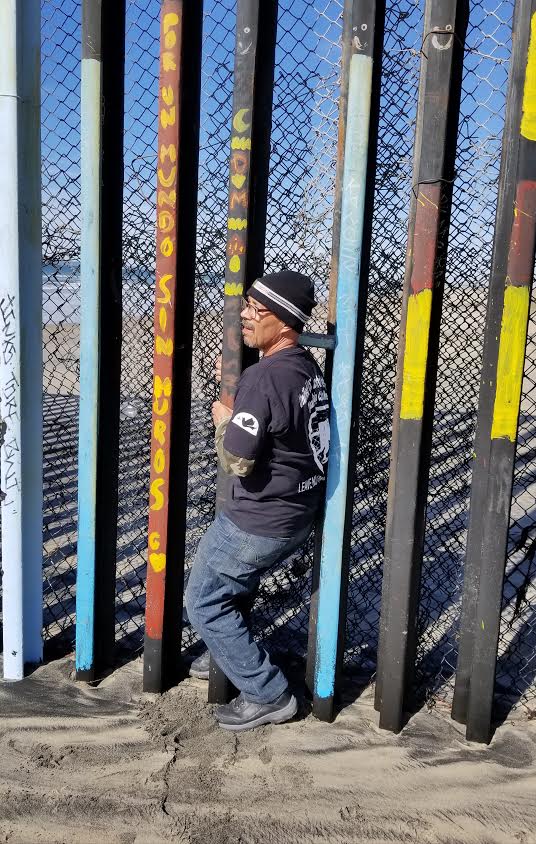 Citizens of NoneGhosts in a NightmareDying for liesSurvivors CryingWounded Mind and BodyMexican bornVeterans DeportedBrown Brothers and Sisters Left behind Children without fathers, mothers, sons or daughtersThis is what it means to be undocumented having served the gringoVeterans of Nowhere Citizens of NoneGhosts in a NightmareBy Dan Shea 2/2/18Marine Corp Viet Nam Veteran1968 Quang Tri Province

I am one, too. I remember as a ten-year-old child, the TV news. I saw you. But the good I joined the fight for — freedom, a good woman, many babies, a good cold beer, and Sunday morning church bell ringing (“Glory, glory His truth goes marching on”) — came from January 1983 to January 1987 as a sailor in the Persian Gulf.

Heaven is our promise, our Father, Son, and Holy Ghost. Rock on! See you in the sky! You got a friend in Jesus!

I’m alive and all you guys here-on named are not. Such deep sadness drains my insides I run out of steam to tell the trails I’ve traveled on since we all were sent to pad some person’s sense of themselves.

Our country’s warring on the many Vietnamese who died and suffered for those same people was talked up almost every night on news reports to keep the public lined up in favor of continuing to battle an idea, which happened to terrorize the very well to do.

Communism has now morphed into what has been characterized as a kleptocracy; barely different from that engine of all success “everyone” claims to recognized as a universal truth: capitalism.

Just ideas; but worth killing and torturing for, I don’t know. That seems a little extreme.

I have been drawn out of sleep by the haunting curiosity about the last hours and minutes of the lives of eight Marines, here on the wall. They were swept up in the early moments of the famous “Tet Offensive” fifty years ago. The only way I know of this is through stories. I was not even in Vietnam at the time. Later the same year I arrived to attempt to save the bacon of that disastrous war.

In the weeks after the assault, which ended their lives, President Johnson came to the base at which I was stationed to send off some of the five thousand Marines sent over to stem the tide and shore-up those still in the thick of it.

But the eight were all captured and dead already. They were story tellers, all likely superior in their skills to me.

I ruined my life acquiescing to the war I had no arguments with which to resist it. Everyone was doing it; although I knew of friends who were protesting in the streets. I knew of people going to jail. I had been invited to Canada and knew that going there was an option. I did not think of it as an option due to my schooling. Now, I wonder about that schooling. Was it really to help me think or to herd me in a group to the slaughter?

The whole of life is sad once the insanity of murder is promoted as heroic. Killing other humans because one is told to do such rudeness shatters one’s spirit of joy in life. The fun of waking up to the morning when you will be going fishing, being out of town along river bank equipped to pull living fish out of the water against their will has parallels to war but the joy disappears as the fish rot in a jar on the back porch. That odor of death still stalks me. Any creature that is dies and is left to nature’s wiles will be consumed by other life forms and turned back to the earth from which we all arise.

But I went anyway. The killing of Vietnamese became so common that it took years to have word of the massacre at My Lai rise from its grave and find a publisher. Then, oh, my, an outrage. “We” don’t do those sorts of things! As a veteran of that “war,” I smile a tiny dismissive smirk smile almost to myself and say nothing. I watched “the man” stuff getting done regularly. It was a war with white privilege writing throughout its many wrinkles.

Listening to non-commissioned officers making plans to correct the black Marines in their “care,” while educating one another about how to do the planning for an investigation, which could be instituted against them. “If you say that again, I will have to report it to any inspecting general.” So the word is heard and never mentioned again; so it never got said the first time.

The smirk smile comes from this sort of an atmosphere, where nothing is real if it’s not said twice.

But it is just my opinion and you know what they are like; and everyone has one.