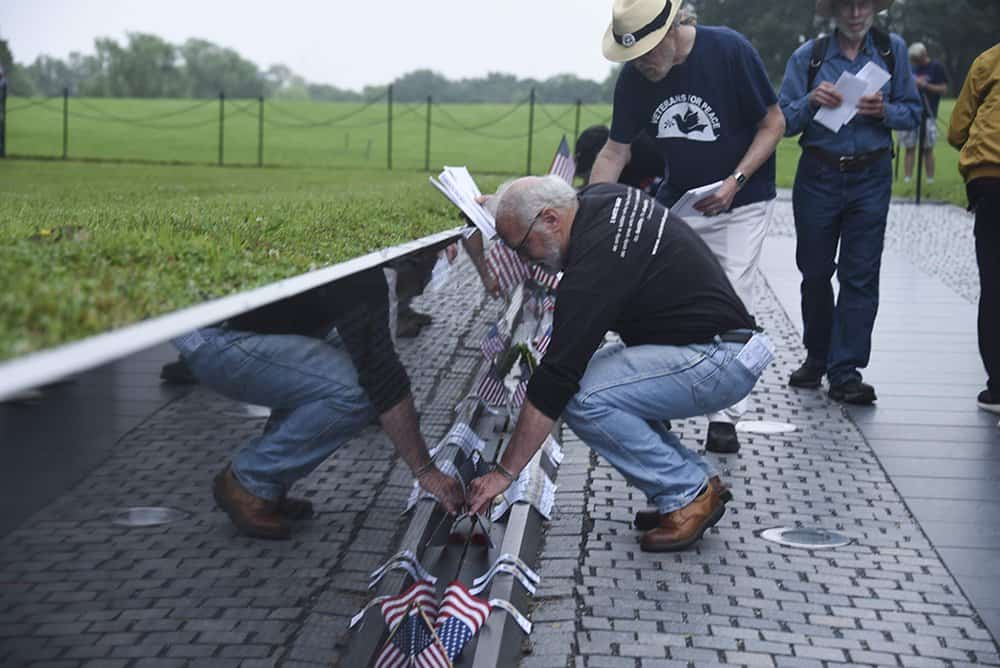 Memorial Day is marked by Veterans For Peace in many different ways, in various locales across the country.

This year’s events at the National Mall in Washington, D.C., were smaller than last year’s. Public crowds at the memorial sites were also diminished. But the events themselves were as powerful as always.

Letters To The Wall

For the fourth year in a row, Veterans For Peace delivered letters to the Vietnam Veterans Memorial, a.k.a. The Wall. This year, 78 letters were delivered to panels at the base. Left unsealed, with the author’s name and “READ ME” written on the outside, the letters invite reading by visitors to The Wall, and at the day’s end they will be added to the vast archive of items left at the memorial over the years. All of the letters collected by VFP have also been posted on this website.

Calling for a Lasting Peace on the Korean Peninsula

At Noon on this Memorial Day, VFP members walked, with the banners shown in the above photo, to the Korean War Veterans Memorial. There, we held a ceremony celebrating recent moves toward peace by North and South Korea, and expressing our hopes for an official treaty that would finally bring an end to that war. 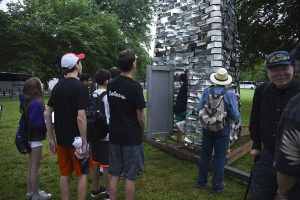 Roger Ehrlich’s remarkable Swords to Plowshares Memorial Belltower, sited a short distance from The Wall, was set up on Saturday morning and remained open to visitors through Monday evening. Volunteers stayed with the tower 24/7 to engage passersby in conversation about war and peace, and to help people post their memorial messages on the unique tower, then ring its bell.