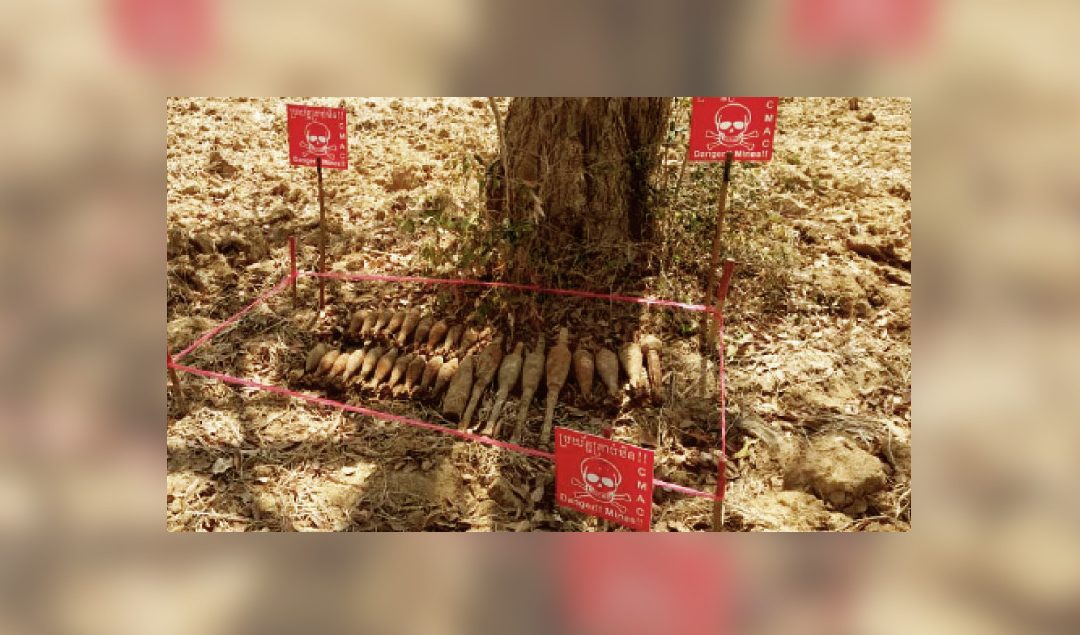 Police together with Cambodian Mine Action Centre (CMAC) removed 4,000 anti-aircraft shells which were found buried inside a Buddhist pagoda in Battambang province on Tuesday.

The discovery was made when a group of monks who stayed at Wat Kors Kralor pagoda in Kors Kralor district were digging at about 9am to build a toilet, when they stumbled onto the 16 cases of unexploded ordnances.

“The demining experts who arrived at the pagoda two hours later managed to remove the ammunition and took them to their demining site to be destroyed,” he added.

On the finding, Lt Col Sameth said Kors Kralor commune was a former frontline-fighting site during the civil war in the 1980s between the government and the Khmer Rouge troops and many mines were planted by soldiers.

In a separate incident, CMAC deminers also removed another 29 unexploded ordnances on Tuesday from a farm in Battambang province’s Banon district.

Banon district deputy police chief Major Eang Saroeun said the discovery was made by Ream Kong, 42, a farmer living in Kanteu I commune, in Thmey village, when he was clearing his land for cultivation.