50 Years Ago: The Burglary That Exposed COINTELPRO 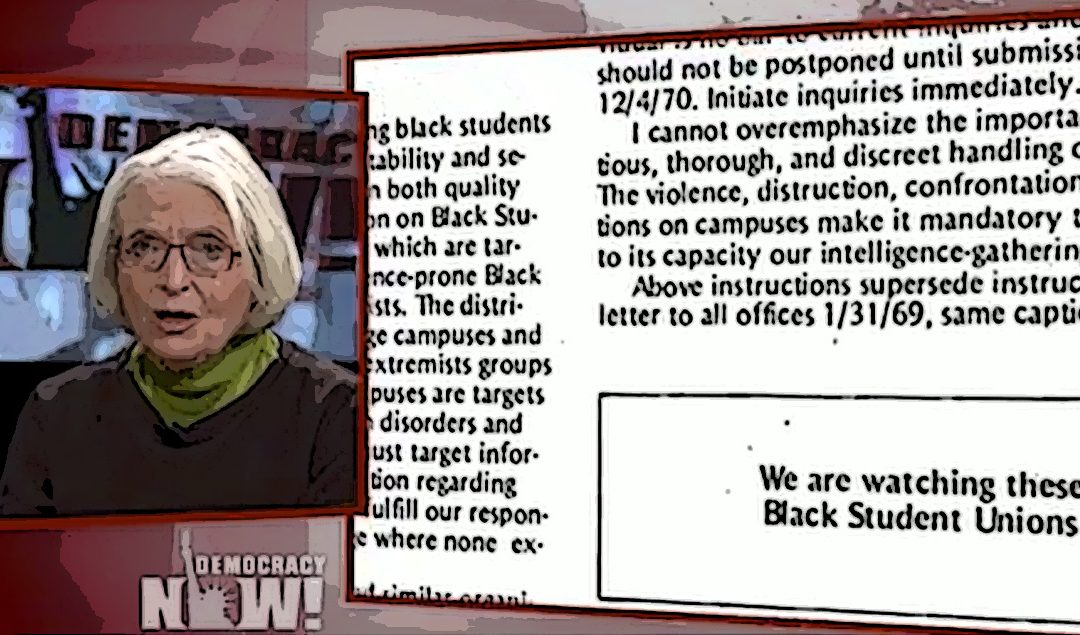 Fifty years ago, on March 8, 1971, a group of eight activists staged one of the most stunning acts of defiance of the Vietnam War era when they broke into an FBI office in Media, Pennsylvania, and stole every document they found. The activists, calling themselves the Citizens’ Commission to Investigate the FBI, began leaking shocking details about FBI abuses to the media. The documents exposed COINTELPRO, the FBI’s secret Counterintelligence Program, a global, clandestine, unconstitutional practice of surveillance, infiltration and disruption of groups engaged in protest, dissent and social change. Targets included Martin Luther King Jr., the Black Panthers, the American Indian Movement, the Young Lords, antiwar groups, Black booksellers and other organizations. The leaked documents triggered congressional investigations, increased oversight and the eventual passage of the Foreign Intelligence Surveillance Act. The FBI never knew who was involved in the break-in until 2014, when several of the burglars made their identity public to coincide with the publication of a book about the break-in. To mark the 50th anniversary, we speak with Bonnie Raines, one of the activists involved in the heist, as well as Paul Coates, the founder and director of Black Classic Press and BCP Digital Printing, who was a target of FBI surveillance as part of COINTELPRO. “We already knew that we were being infiltrated. We knew that provocateurs were all throughout. We knew that the FBI had us under constant surveillance,” says Coates. “But I don’t think anyone at the time really knew the full extent of the program.”