A review of Last Days in Vietnam: A Rory Kennedy Film for American Experience 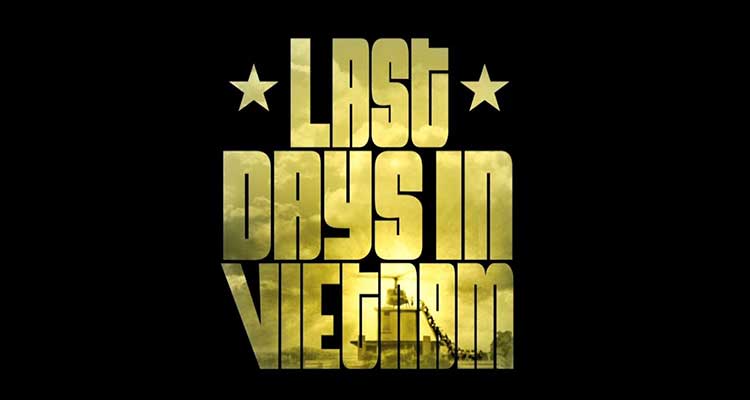 The movie celebrates the efforts of lower level American personnel to evacuate South Vietnamese allies(whose nation was properly known as the Republic of Vietnam). As the film’s web site puts it, “With the clock ticking and the city under fire, a number of heroic Americans take matters into their own hands, engaging in unsanctioned and often makeshift operations in a desperate effort to save as many South Vietnamese lives as possible.” As a critique of US government denial and uncaring, the documentary strikes an anti-establishment pose.

So what disturbs me about this documentary? When I complained to a fellow moviegoer about how this portrayal perverted the reality of a war in which the larger tragedy was the death of some 2 million Vietnamese civilians largely by the US and its allies; I was reprimanded that this wasn’t the story that this movie was trying to tell. That was story for another film. For this movie, the tragedy of the Vietnam War has become the abandonment of loyal allies as heroes do their limited best to save their comrades. Was the documentary simply selective, but still accurate? Well, yes in a narrow sense but definitely no in a larger sense. It is undeniable that South Vietnamese allies were largely left to their own devices as Americans fled. And I do not doubt that some Americans felt qualms about this and energetically tried to help Vietnamese flee. I also do not question the aeronautical skill and courage of that particular Vietnamese pilot.

But to buttress the moral framework that the documentary promotes, it parrots a retrograde establishment Cold War version of the war. The movie literally resorts to ‘bleeding red’ imagery to depict the advance of anti-American forces into the South. There is only the relentlessly expansionist North Vietnamese army; there is no mention of the National Liberation Front (NLF) of the South or even reference to ‘Viet Cong’ (VC) as they were denigrated by the Americans and their Vietnamese allies. Not one representative of the other side – neither North Vietnamese nor NLF has a voice here. One would never guess that the victors had any indigenous support in the South because this would undermine the presumed moral clarity of
Kennedy’s story. The movie also attacks the North Vietnamese for violating the terms of the 1973 peace agreement with the US without mentioning that the Republic of Vietnam was at least equally guilty of violations.

The movie does not find it necessary to offer a justification for the war besides crude anti-Communism. It doesn’t mention the history of western colonialism (including US support of the French colonialists) or the US undermining of the 1954 Geneva Peace Accords and the subsequent denial of a countrywide election that even President Eisenhower acknowledged would have been won handily by Ho Chi Minh, the leader of North Vietnam (properly known as the Democratic Republic of Vietnam). Congress is vilified for cutting off funds for the American war effort. This is depicted as immoral abandonment rather than as belated reaction to the strength of antiwar sentiment that saw the continuation of the war as the greater moral threat. The movie concludes by categorically stating that 65,000 South Vietnamese were executed by their new rulers after the war in a revival of the ‘bloodbath’ theory that was propagated by American proponents of the war. To say the least, this view is based mainly on an article by Jacqueline Desbarats and Karl Jackson highly contested.1 Despite dire predictions, western reporters who remained in Vietnam after the war, and

1See “Iraq, Vietnam, and the Bloodbath Theory” by Scott Laderman at
http://hnn.us/article/23641 footnote 10: “Beginning in the mid-1980s, Jacqueline Desbarats and Karl D.

Jackson sought to undermine the consensus that no bloodbath occurred in postwar Vietnam by attempting who generally had little sympathy for the victors, reported no such bloodbath. Certainly word of such a systematic policy would have reached them. The Desbarats and Jackson article has been critiqued on methodological grounds. Kennedy surely believes these accusations to be true, but it would detract too much from her moral saga to acknowledge that her views are not generally accepted. This is not to say that postwar Vietnam is beyond criticism, though continuing US pressure (sometimes in alliance with China) needs to be part of that story, as well. Kennedy’s unreserved and simplistic endorsement of an alleged
massacre does not add to her credibility.

We live in a time when ‘peoples’ stories’ are celebrated over and against the ‘official story’. Previously silenced people can now be heard. This is, on the whole, a positive development. But it is crucial to know whose story is told and in what context. All stories don’t have equal credibility; who gets to talk and who doesn’t still matters. The morality of the American ending is inextricably bound to the war’s overall meaning. The abandonment of even America’s Vietnamese allies may have something to do with the US’s inability to recognize the humanity of any Vietnamese or the nationalist dimension of the struggle. By twisting her story to fit Cold War stereotypes, Kennedy fails to convey the real problem with the war: the
overall disregard for Vietnamese lives in the name of stopping the advance of Communism and, in reality, to achieve US global ambitions.