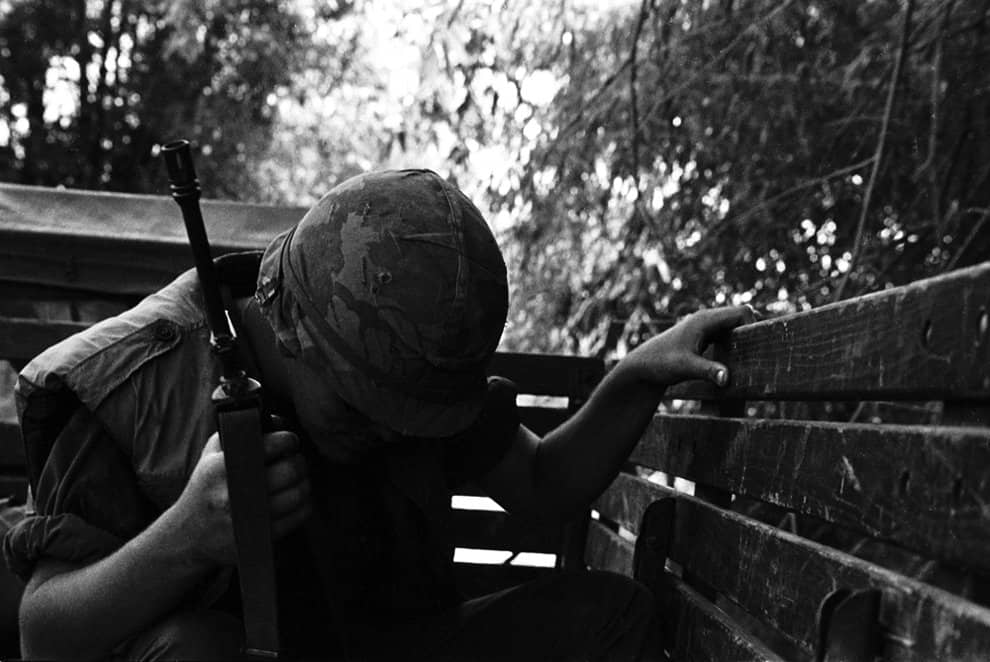 This article originally appeared at www.boston.com/bigpicture

Charlie Haughey was drafted into the US Army in October of 1967. He was 24, and had been in college in Michigan before running out of money and quitting school to work in a sheet metal factory. The draft notice meant that he was to serve a tour of duty in Vietnam, designated a rifleman, the basic field position in the Army. After 63 days in Vietnam, he was made a photographer, shooting photographs for the Army and US newspapers, with these instructions from the Colonel: â€œYou are not a combat photographer. This is a morale operation. If I see pictures of my guys in papers, doing their jobs with honor, then you can do what you like in Vietnam.â€ He shot nearly 2,000 images between March 1968 and May 1969 before taking the negatives home. And there they sat, out of sight, but not out of mind, for 45 years, until a chance meeting brought them out of dormancy and into a digital scanner. At first, it was very difficult for Haughey to view the images and talk about them, especially not knowing the fates of many of the subjects of his photos. When the digitization hit 1,700 negative scans, Haughey put them on a slideshow and viewed them all at once, and didnâ€™t sleep for three days after. Heâ€™s slowly getting better at dealing with the emotional impact of seeing the images for the first time in decades. A team of volunteers has worked with Haughey to plan a 28-image show, titled A Weather Walked In, which opens April 5th in the ADX art gallery in Portland, Oregon. The difficulty of keeping notes in a war zone along with the passage of decades has faded the details behind many of the images, and the captions reflect this fact, with many shots of unknown people in forgotten locations at unspecified times. It is hoped that publication of the pictures can yield more information. More images from the collection will be released as the project progresses. You can follow the progress on facebook and Tumblr. Thanks to Chieu Hoi project volunteer Kris Regentin for preparing much of this introduction and the accompanying captions. — Lane Turner (46 photos total) 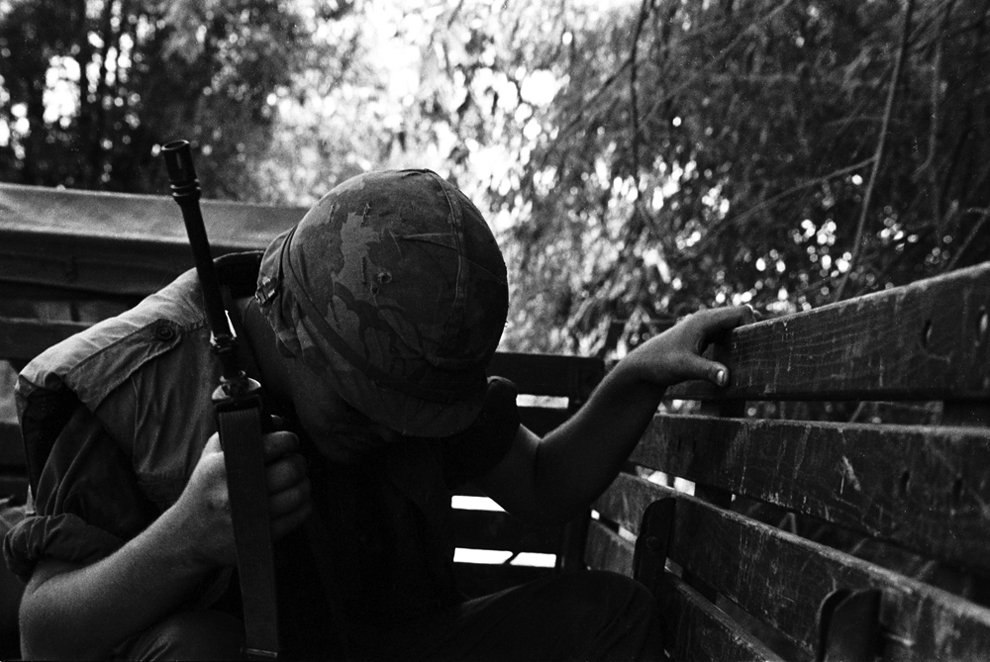 Bowed head in truck: Soldier and location unidentified. Charlie’s first response to this photo: “It was not uncommon to find anyone with a head bowed for a moment, more often when we were heading out than when we were coming back. Interesting that he has a flak jacket, he’s taking precautions on both sides of the fence. M16, a steel pot, a flak jacket, and a prayer.” 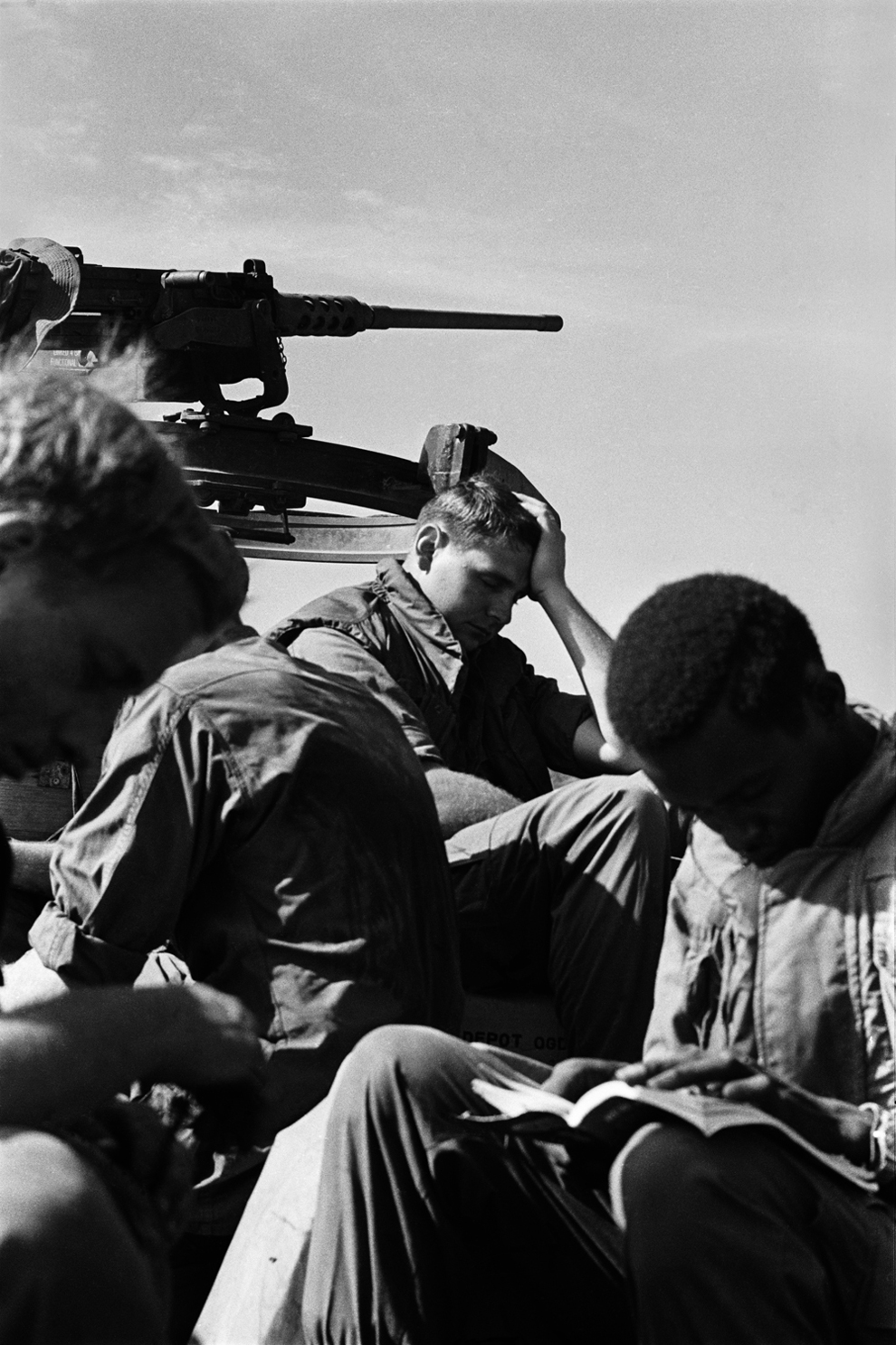 50 cal gun and head on hand: Main supply route convoy near fire support base Pershing, names and date unknown. Men relax in a truck while reading mail after a mail delivery. Many men would burn or dispose of mail after reading it, as the US Army did not want soldiers carrying personal information that could be used against G.I.s should they be captured. # 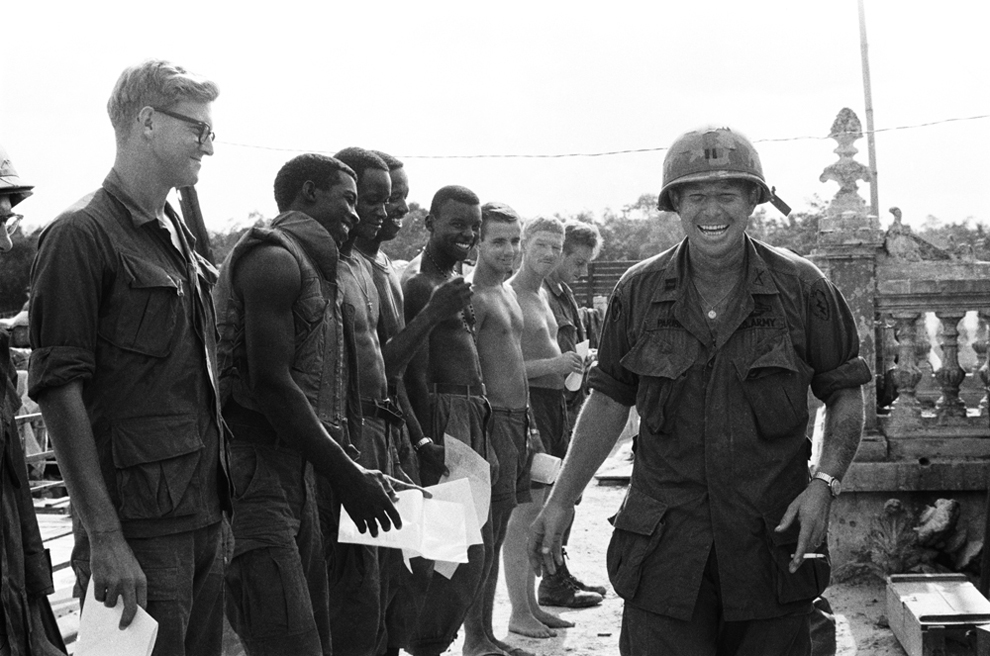 Captain William N. Parish HHC and a group of young soldiers near Cu Chi. Parish was a very popular officer in the 2/12. Other names and details about photo unknown. # 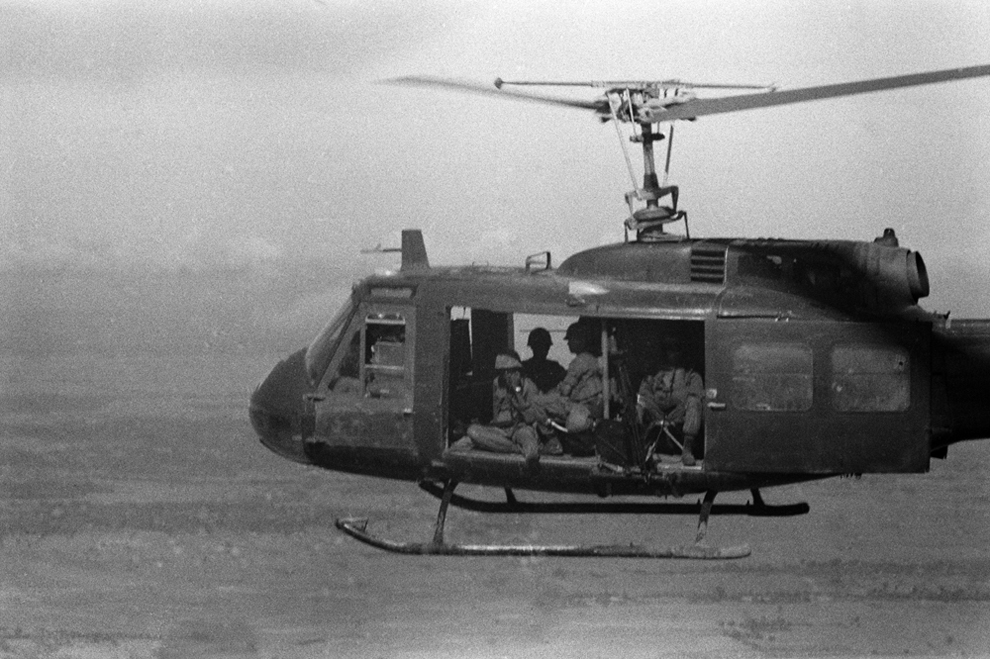 Soldiers relax aboard a Bell UH-1 Iroquois – the Huey. Being aboard a helicopter was like being on a miniature vacation, as it provided a few moments of rest “out of the war.” Location, names, and date unknown. #