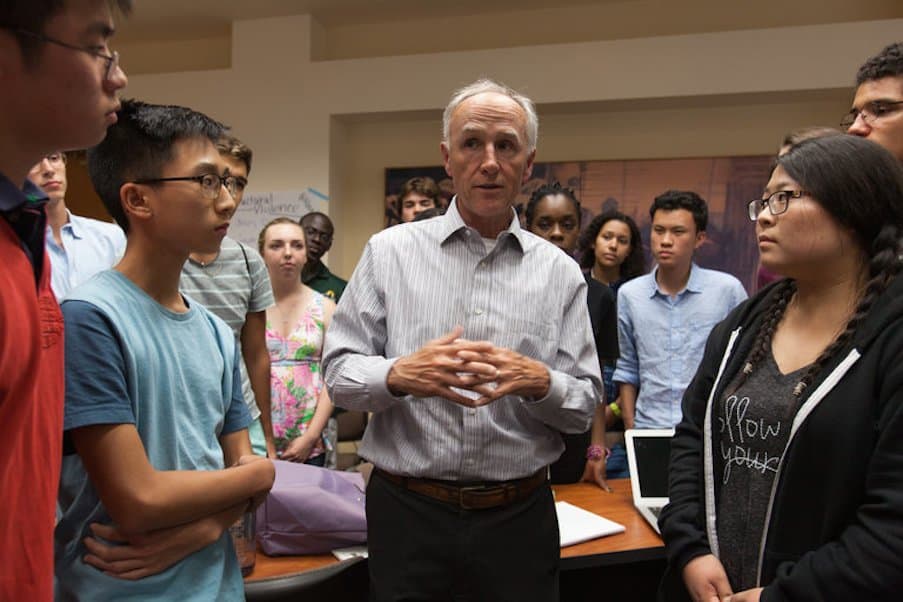 This article originally published at the NYTimes.com

WASHINGTON — While serving stateside during the Vietnam War, David Cortright took to the streets in his uniform, on base and off, to pass out pamphlets describing atrocities committed by American troops and calling for an end to the fighting.

“It was not easy,” he said. “When I was in the Army and speaking out, the commanders didn’t take it lightly.”

Nearly five decades later, Mr. Cortright is still protesting the Pentagon’s actions. For two years, he and other former antiwar demonstrators have been exhorting the Defense Department to correct what they call a rose-colored portrayal of the conflict on an extensive Pentagon website commemorating the war’s 50th anniversary.

Pentagon officials made a few small changes almost immediately after a committee formed by the activists met with them in 2014. But the activists and leading Vietnam War scholars say the revisions have done little to acknowledge the complexities and disagreements at the heart of the American memory of the war.

On the website, an interactive timeline of the conflict describes in detail the bravery of soldiers who received military honors, but it glosses over critical events that propelled the United States toward defeat in Southeast Asia and inspired huge, widespread protests back home.

Mr. Cortright, who teaches peace studies at the University of Notre Dame, and the other members of the committee raised concerns about what they called incorrect accounts of war crimes, government cover-ups and military operations that killed large numbers of civilians.

Some scholars went so far as to liken the timeline to a work of propaganda.

“It’s not a lie, but it’s disingenuous,” Marilyn B. Young, a professor of history at New York University, said while reading an entry about the My Lai massacre. “That’s the way propaganda works. It has to tell some truth to be believed.”

Her biggest qualm was about the lack of context for events that might cast the war, and by extension the Pentagon, in a negative light. The entries for the My Lai massacre and the publication of the Pentagon Papers fail to mention attempts by military and political leaders to obscure information about the events.

“I think the Pentagon timeline is unsurprising but disappointing,” Professor Young said. “It does not come to grips with the full reality of the war, the extent to which it was an illegal war and the extent to which the public was lied to about the war.”

In its initial version, the timeline labeled the My Lai massacre, in which hundreds of unarmed Vietnamese villagers, including children, were killed by American soldiers, as the “My Lai Incident.” After the meeting with the activists, the Pentagon changed the heading to “Americal Division Kills Hundreds of Vietnamese Citizens at My Lai.”

But the timeline still lacks any mention of the Fulbright hearings held from 1966 to 1971 in the Senate, where a young John Kerry testified on behalf of Vietnam Veterans Against the War — a group that is also notably missing from the Pentagon’s account.

Pentagon officials said they hoped that a new version of the timeline, being developed as part of a revamped website, would make up for some of the shortcomings. The new timeline will add context to important historical events, including conflicting interpretations of the war when appropriate, said Mark Franklin, a retired Army colonel who is the chief historian for the commemoration, a $5-million-a-year effort through 2018 to thank Vietnam War veterans. There are an estimated seven million living veterans of the Vietnam era.

Edward Miller, a professor at Dartmouth, helped advise the Pentagon on how to capture some of the missing nuance. He said he thought officials were making a good-faith effort.

“It’s a very challenging thing for them because the Vietnam War is such a central event in the U.S. collective memory of the 20th century,” Professor Miller said. “It was divisive at the time and remains divisive.”

In addition to adding context, the Pentagon will remove from the timeline more than 200 entries detailing Medal of Honor recipients and will give them their own dedicated space, Mr. Franklin said. The new timeline and other commemoration materials will be ready to go online once a contractor finishes building the new site, he said.

Still, as the Pentagon sorts out the overhaul, the contentious timeline is approaching its third year online with few changes.

“The D.O.D. timeline is a botched job,” said John Prados, the Vietnam project director at the National Security Archive at George Washington University and a lecturer at N.Y.U.’s academic center in Washington. “The most effective way to fix it would be to take it down.”