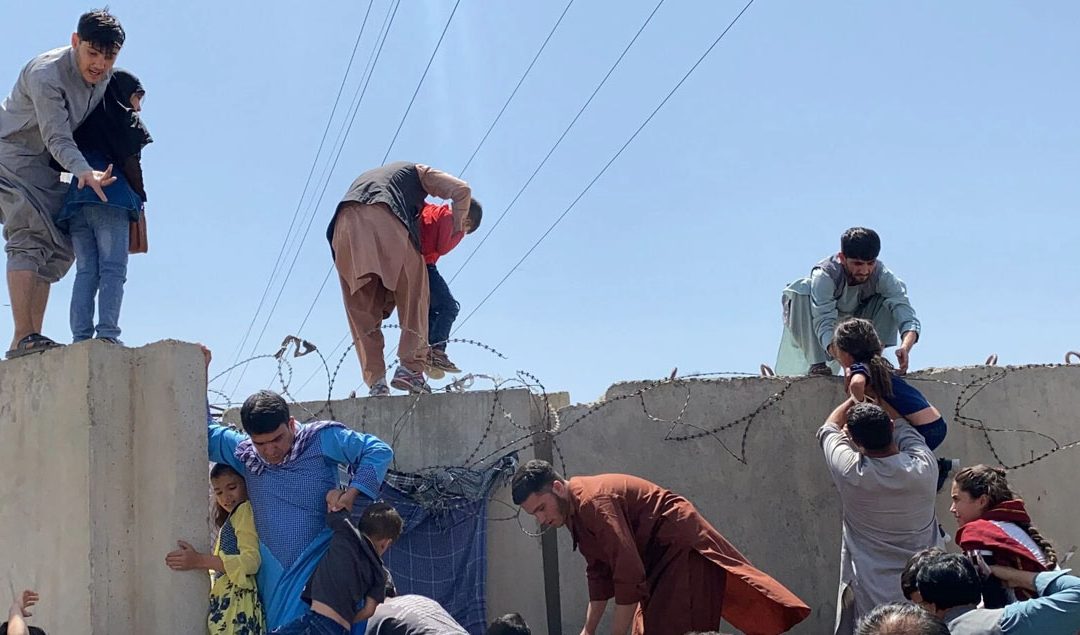 by W.D. Ehrhart at voxpopulisphere.com

Way back in March and April of 1975, I watched with profound sadness but absolutely no surprise as the South Vietnamese army (ARVN)—with only a brief exception at a place called Xuan Loc—turned tail and retreated without a fight in the face of a North Vietnamese offensive, and the government the US had installed, paid for, and supported for two decades collapsed like a house of cards.

Eight years earlier, I had gone to Vietnam as an 18-year-old Marine believing that I would be defending the freedom-loving people of South Vietnam from the communist aggressors invading their country.  I encountered, over and over again, ARVN forces that would not fight, though they had been trained and equipped and supported by the US, and Viet Cong guerrillas who were untrained, unpaid, and ill-equipped, but would not stop fighting.

I didn’t then know anything about the history of the country or the war I found myself in.  But I could readily see that one side believed in what it was fighting for and the other side did not.  And it was painfully easy to see which side was which.  So that final rapid collapse years later came as no surprise at all, though it did come with the unavoidable truth that what I and my comrades had endured had all been for nothing.

But at least, I had thought, perhaps somebody down there in Washington, DC, had learned something.  Perhaps policymakers would avoid such folly, such willful blindness to reality, such hubris, such wishful thinking in the future.

Fat chance, as it turns out.

Only a few days ago, as the Taliban were storming into Kabul, the Washington Post had written: “It seems certain that in coming years the use of military force will be informed by this searing experience. US foreign policy will be guided by more modest ambitions, especially when weighing the use of military power.”

Seriously?  Did the journalist who wrote this manage to do it with a straight face?  I suspect that the person who wrote it is too young to know anything about the American War in Vietnam.  I hope so because I shudder to imagine a mind that could remember the collapse of South Vietnam and still think US policymakers will actually learn something this time.

So yet another house of cards collapses after two decades of US blood and treasure poured into a government that had no more legitimacy in the eyes and hearts of most people in Afghanistan than the Saigon regime had among the people of Vietnam.  At least Vietnam was and is a country.  Afghanistan, a collection of tribal societies and ethnic warlords, exists only in a cartographer’s fantasy.

I feel bad for those Afghanis who risked their lives to help the US as interpreters and in other capacities and are now in danger of who knows what.  And I do honestly feel sorry for the women and girls of Afghanistan who had escaped the clutches of the Taliban at least temporarily.  But if they are in such jeopardy, I wonder why their fathers and husbands and brothers will not fight to defend them.

Think about that:  why should Americans fight and die to defend the women and girls of Afghanistan when their own fathers and husbands and brothers will not?  We American taxpayers have spent $88,000,000,000—that’s 88 billion dollars—training the Afghan army and police, and it’s painfully clear that we might as well have tossed that money into the ocean or burned it in my oven.  (Or maybe spent it on health care, education, infrastructure, and other useful projects in our own country?  Now there’s an idea.  But I digress.)

Indeed, it turns out that the Taliban are in possession of thousands of Humvees and MRAP vehicles, tens of thousands of M4 and M16 rifles, M2 .50 caliber machineguns, grenades, communications equipment, night vision goggles, even airplanes and drones, all abandoned by fleeing Afghani soldiers or simply handed over outright.  Your tax dollars at work.

What has befallen the people of Afghanistan may or may not be a tragedy—apparently some significant segment of Afghani society wants the Taliban to succeed—but the chaotic images of terrified human beings cramming into the bellies of huge US transport planes at Kabul airport are as heartrending as heartrending gets.

Still, the real tragedy in all this is that the United States of America invaded yet another foreign country, imagining that we could bend it to our will and create a “Mini-Me” version of ourselves, and then spent twenty years, trillions of dollars, and thousands of lives ignoring what was obvious from the very outset.

W.D. Ehrhart received the Purple Heart Medal, Navy Combat Action Ribbon, and a Division Commander’s Commendation for his service in Vietnam. He is author of Thank You for Your Service: Collected Poems (McFarland, 2019).