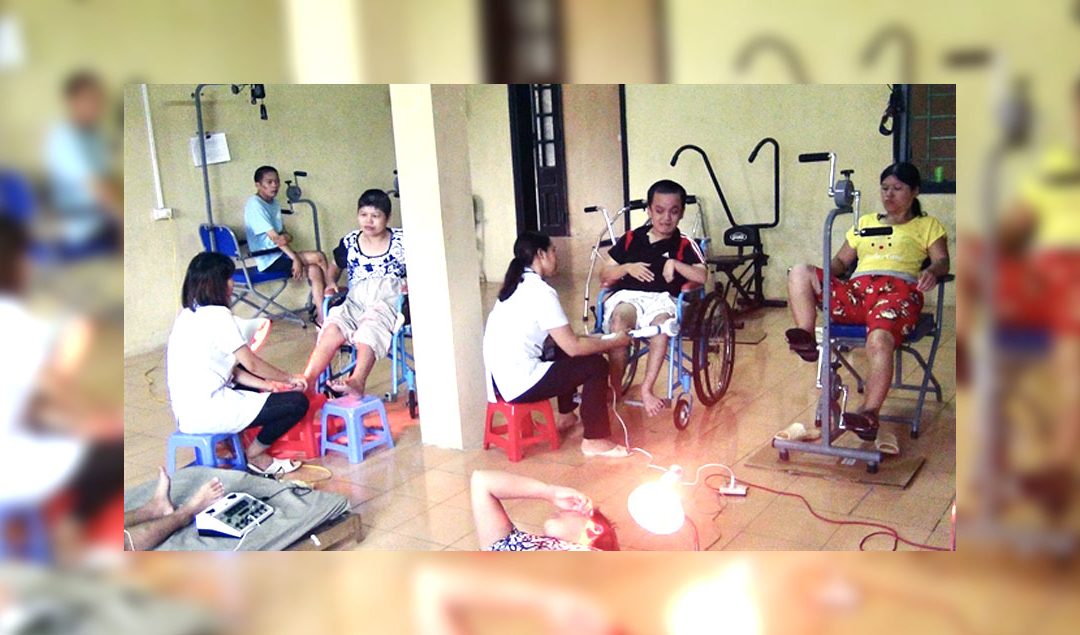 Việt Nam has experienced several decades of war and the country is still suffering from this legacy. Dioxin, or Agent Orange, remains one such challenge that the Government of Việt Nam and its citizens are still grappling with today. As Việt Nam reaches sixty years since the chemical was first used in the war in the country, it is important we do not forget the victims of this tragedy.

Dioxin or Agent Orange as it is often referred to, has had a devastating effect on generations of families in Việt Nam. According to the World Health Organisation (WHO), “Dioxins are highly toxic and can cause reproductive and developmental problems, damage the immune system, interfere with hormones and also cause cancer.” It has been estimated that 80 million litres of herbicide containing dioxin were spread in Việt Nam in the 1960s and early 1970s.

Today, on the 10th of August, we mark the 60th anniversary of Agent Orange being used for the first time in the war in Việt Nam. ‘Agent Orange Awareness Day’ is a day to remember the thousands of civilian Vietnamese citizens affected by the toxins spread across the country. It is also an opportunity to give credit to the many brave men and women, Vietnamese and foreigners, who have worked tirelessly and continue to work to this day, to reduce the impact of this deadly legacy of war. The impact has been felt most acutely by people using contaminated land and especially the many people – adults and children alike – who live with disabilities caused by these chemicals. On this day we reaffirm our stand with the Government of Việt Nam in raising deep concern about the persistent challenge of dioxin contamination despite the passing of several decades since the end of hostilities. To help address this issue the United Nations Development Programme (UNDP) in Việt Nam has worked with the Ministry of Natural Resources and Environment on dioxin contaminated hotspots in Đà Nẵng, Biên Hoà, and Phù Cát airbases removing barriers to effectively contain and/or remediate the highly toxic materials. The UNDP has also helped develop the National Action Plan, approved by the Prime Minister in 2012, on overcoming the grave consequences of toxic chemicals. This plan formed the basis of the Government’s great achievements in the completion of dioxin remediation in Đà Nẵng airbase (2018) and the recent launch of a large dioxin treatment project in Biên Hoà airbase (2020). The UNDP also plans to deepen and expand the work with the Vietnamese Government in addressing the problem of dioxin and hazardous chemicals released from industrial activities.

As part of our ongoing efforts to address the legacies of war, UNDP has been working closely with the Government of Việt Nam to address the prevalence of unexploded ordnances (UXO) which continue to contaminate vast parts of Việt Nam. According to national studies, almost all 63 provinces and cities have been impacted, especially the central region. For the past four years our collaboration with the Ministry of Defence, the Việt Nam National Mine Action Centre, and the Korea International Cooperation Agency (KOICA) has resulted in thousands of Explosive Ordnances being located and destroyed in Quảng Bình and Bình Định provinces. This successful triangular partnership also designed and completed the first province-level assessment of persons with disabilities, with 75,000 individuals agreeing to register themselves, including survivors from Explosive Ordnance accidents and dioxin contamination. Only a few weeks ago, on June 15, the Ministry of Labour, Invalids and Social Affairs (MOLISA), KOICA and the UNDP announced that the online platform developed to support data collection and subsequent case management is now available and can also be accessed via smartphones. Hence, what started as an innovation to help survivors from explosive ordnance accidents in some parts of Việt Nam to obtain disability certificates has now been scaled up for application nationwide for many more persons with disabilities.

The UNDP also continues its work to support the Government of Việt Nam, as a state party to the Convention of the Rights of Persons with Disabilities, in many other areas which help persons with disabilities participate fully in social and economic life. This includes improvement of policies to implement the Law on Disabilities, as well as standards on best practices for victim assistance in mine action.

On this day, and as we reaffirm our commitment to work for a peaceful world that should never again see such devastating tragedies caused by dioxin, let us remember those who were and still are affected. Looking forward, the UNDP will continue to deepen our partnership with the Government of Việt Nam in two ways to address the legacies of war. Firstly, we will continue our collaboration on the remediation of dioxin and other hazardous chemicals. Secondly, we will deepen and expand our work on mine action and addressing UXO contamination which continues to be a major problem here in Việt Nam. Providing ongoing support to those still struggling with the consequences from war legacies is critical to ensuring no one is left behind at the core of the Sustainable Development Goals!

More about the Korea Viet Nam Mine Action project.