The Victims of Agent Orange the U.S. Has Never Acknowledged 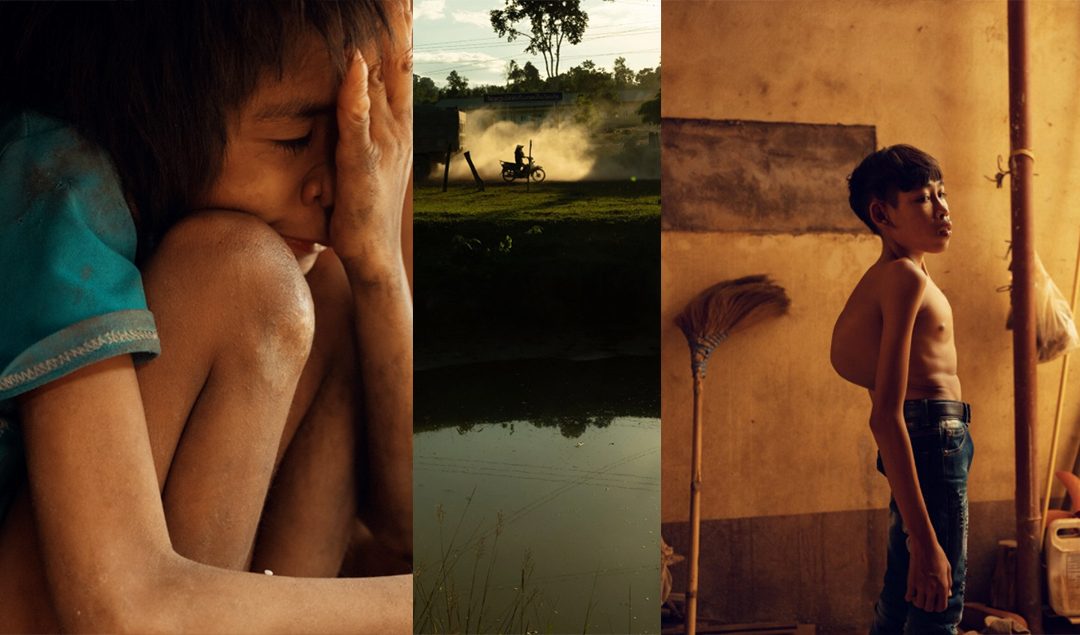 America has never taken responsibility for spraying the herbicide over Laos during the Vietnam War. But generations of ethnic minorities have endured the consequences.

It was a blazing-hot morning in October 2019 on the old Ho Chi Minh Trail, an intricate web of truck roads and secret paths that wove its way across the densely forested and mountainous border between Vietnam and Laos. Susan Hammond, Jacquelyn Chagnon and Niphaphone Sengthong forded a rocky stream along the trail and came to a village of about 400 people called Labeng-Khok, once the site of a logistics base inside Laos used by the North Vietnamese Army to infiltrate troops into the South. In one of the bamboo-and-thatch stilt houses, the ladder to the living quarters was made from metal tubes that formerly held American cluster bombs. The family had a 4-year-old boy named Suk, who had difficulty sitting, standing and walking — one of three children in the extended family with birth defects. A cousin was born mute and did not learn to walk until he was 7. A third child, a girl, died at the age of 2. “That one could not sit up,” their great-uncle said. “The whole body was soft, as if there were no bones.” The women added Suk to the list of people with disabilities they have compiled on their intermittent treks through Laos’s sparsely populated border districts.

Hammond, Chagnon and Sengthong make up the core of the staff of a nongovernmental organization called the War Legacies Project. Hammond, a self-described Army brat whose father was a senior military officer in the war in Vietnam, founded the group in 2008. Chagnon, who is almost a generation older, was one of the first foreigners allowed to work in Laos after the conflict, representing a Quaker organization, the American Friends Service Committee. Sengthong, a retired schoolteacher who is Chagnon’s neighbor in the country’s capital, Vientiane, is responsible for the record-keeping and local coordination.

The main focus of the War Legacies Project is to document the long-term effects of the defoliant known as Agent Orange and provide humanitarian aid to its victims. Named for the colored stripe painted on its barrels, Agent Orange — best known for its widespread use by the U.S. military to clear vegetation during the Vietnam War — is notorious for being laced with a chemical contaminant called 2,3,7,8-Tetrachlorodibenzo-P-dioxin, or TCDD, regarded as one of the most toxic substances ever created.

The use of the herbicide in the neutral nation of Laos by the United States — secretly, illegally and in large amounts — remains one of the last untold stories of the American war in Southeast Asia. Decades later, even in official military records, the spraying of Laos is mentioned only in passing. When the Air Force in 1982 finally released its partially redacted official history of the defoliation campaign, Operation Ranch Hand, the three pages on Laos attracted almost no attention, other than a statement from Gen. William Westmoreland, a former commander of U.S. forces in Vietnam, that he knew nothing about it — although it was he who ordered it in the first place. Laos remained a forgotten footnote to a lost war. To those who followed the conflict’s aftermath intimately, this was hardly surprising. Only in the last two decades has the United States finally acknowledged and taken responsibility for the legacy of Agent Orange in Vietnam, committing hundreds of millions of dollars to aiding the victims and cleaning up the worst-contaminated hot spots there.

While records of spraying operations inside Laos exist, the extent to which the U.S. military broke international agreements has never been fully documented, until now. An in-depth, monthslong review of old Air Force records, including details of hundreds of spraying flights, as well as interviews with many residents of villages along the Ho Chi Minh Trail, reveals that, at a conservative estimate, at least 600,000 gallons of herbicides rained down on the ostensibly neutral nation during the war.