April 4 is International Mine Awareness Day 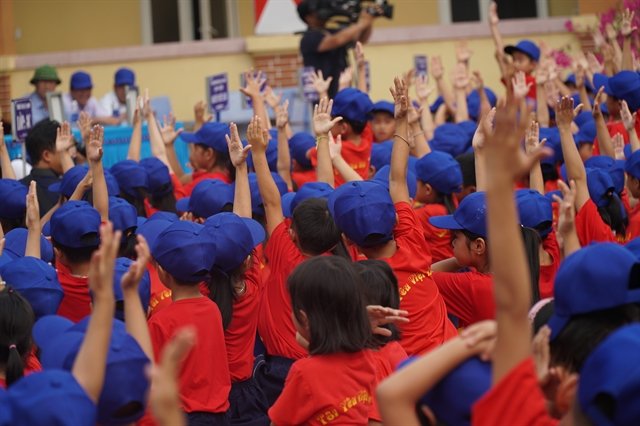 
Today, April 4, is International Mine Awareness Day, led by the United Nations and its Member States to focus the world’s attention on the challenge to clean up the vast and lethal contamination of bombs and mines left over in countries around the world where terrible conflicts have occurred.

Viet Nam is one of the most affected countries in the world. That is the reason Project RENEW was launched in Quang Tri Province, with our partner organization Norwegian People’s Aid (NPA), to demonstrate in the most intensely bombed and damaged part of the country that the threat of explosive ordnance (EO) can be overcome, and Viet Nam can be made safe.

In addition to Project RENEW and NPA clearance teams and key support staff, other NGOs work closely with us, together with international institutions, donors such as the U.S. Department of State, and the Vietnamese government and military.  Similar efforts in other parts of the country, supported by organizations such as the Korea International Co-operation Agency (KOICA Việt Nam) and the United Nations Development Programme (UNDP Việt Nam), move the effort forward.

As my Vietnamese colleagues and I have explained many times, this problem does not have a termination point — that is, we can not clean up every bomb and mine by 2030, to answer that rhetorical question in the headline, or by 2050 — or ever! Not every bomb and mine.

What we can do is manage the problem so that people living in dangerous areas know how to keep themselves safe, how to report ordnance when they find it, and when skilled and professional teams come and safely remove the bombs or mines, local people can be confident that they can continue to live safely. That task, that challenge, will go on for decades, well into the next century. But people can live with confidence that they are safe.

In the last two years, for the first time since 1975 when the war ended, there has not been a single unexploded ordnance (UXO) accident in Quang Tri Province. That is a goal we have sought for the past two decades.

As Caitlin Wiesen and Han-Deog Cho point out in their op-ed in Việt Nam News, at this time the world is fixated on the COVID-19 threat. But that will end, sooner than later, we hope, and meantime the problem of EO will not go away.  Our teams continue to work every day in Quang Tri Province (which so far has not had a single case of COVID-19) to clean up bombs and mines.  In a short time, we hope to re-focus our friends’ and donors’ efforts on the continuing work we have to do, and encourage their support to help us reach our goal of making Viet Nam safe.

The work of the Korean government, KOICA, and the United Nations, UNDP,  are playing a major role in moving that life-saving initiative forward.