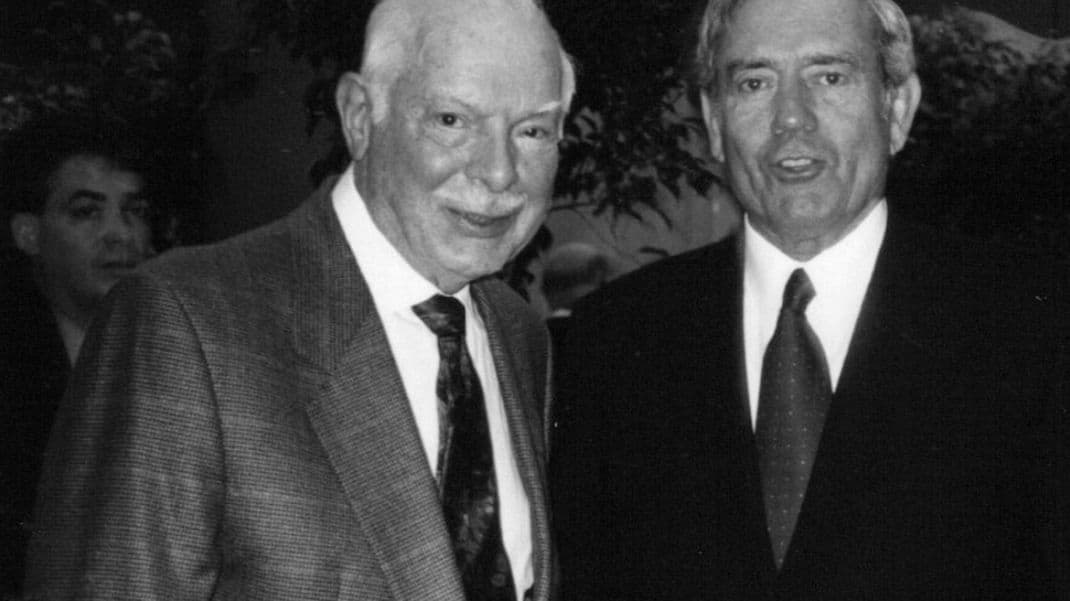 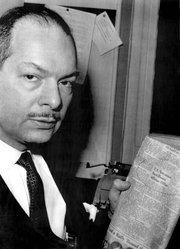 Bernard S. Redmont, a longtime foreign correspondent who was blacklisted in the United States during the McCarthy period and who in 1968 broke the news that the North Vietnamese were willing to enter into peace talks with the United States, died on Jan. 23 in Canton, Mass. He was 98.

The death was confirmed by his son, Dennis.

Mr. Redmont, the Paris bureau chief of the Westinghouse Broadcasting Company at the time, had long been pestering the North Vietnamese mission in Paris for an interview when he was abruptly summoned on Jan. 3, 1968, for what he was told would be “a conversation.”

A government official, whom he was not permitted to identify, informed him that North Vietnam was ready to start peace talks if the United States halted its bombing campaign and other acts of war.

Mr. Redmont put out a bulletin. The story was picked up by publications around the world and made the covers of Time and Newsweek magazines.

In May, after President Lyndon B. Johnson had ordered a limited halt to the bombing, the two sides entered into talks in Paris that led to the war’s end five years later.

For the story, the Overseas Press Club of America gave Mr. Redmont its award in 1969 for best radio reporting from abroad.

He was born Bernard Sidney Rothenberg on Nov. 18, 1918, in Manhattan and grew up in the Bronx and Brooklyn. His parents, Morris Rothenberg and the former Bessie Kamerman, had come to the United States from Poland in their early teens, and his father ran a small shop in the garment district. 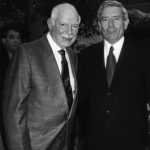 Mr. Redmont, left, with Dan Rather at Boston University in 2000. Credit Joan Redmont, via Associated Press

At City College, Bernard was editor of the school newspaper, The Campus, and class president of the American Student Union, the most radical of the college’s political organizations. After earning a bachelor’s degree in 1938, he enrolled in Columbia University’s Graduate School of Journalism, where, on the advice of the dean, he changed his last name — too long and too Jewish, he was told.

He was awarded a master’s degree in 1939 and, after receiving a Pulitzer Traveling Fellowship, spent time in Europe and Mexico.

In 1940, he married Joan Rothenberg (no relation), who died last year. In addition to his son, formerly the Rome bureau chief for The Associated Press, he is survived by a daughter, Jane Redmont; two grandsons; and four great-grandchildren.

Returning to the United States, Mr. Redmont went to work for The Evening Telegram in Herkimer, N.Y. “I did everything from writing editorials to laying out the front page to sweeping the office and sharpening the pencils,” he told The Canton Citizen in 2011.

In 1940, he was hired as an editor by the Office of the Coordinator of Inter-American Affairs, headed by Nelson A. Rockefeller and based in Washington. The agency broadcast news stories to Latin America in an effort to bolster hemispheric solidarity against the Axis powers.

Mr. Redmont enlisted in the Marine Corps in 1943 and was a combat correspondent in the South Pacific during World War II. He was awarded the Purple Heart for shrapnel wounds sustained during the battle for the Marshall Islands.

After the war, in 1946, he was hired as the first Latin America bureau chief for World News, which the conservative publisher David Lawrence had created as an international-affairs counterpart to his magazine U.S. News. (They merged in 1948 to become U.S. News & World Report.) Mr. Redmont was sent to Buenos Aires, where he had a ringside seat for the presidency of Juan Perón before being transferred to Paris in the early 1950s.

Back in the United States, trouble brewed. In November 1945, Elizabeth T. Bentley, a former courier for a Soviet spy ring, had identified Mr. Redmont to the F.B.I. as “a contact” and later as a Communist, accusations that became public in 1948.

Alarmed, Mr. Redmont issued a statement denying that he had ever been a Communist. He knew Ms. Bentley, he said, through William Remington, a government economist and an old friend who had introduced her as Helen Johnson, a reporter and researcher for the liberal newspaper P.M. and other publications.

In interviews before the war, Mr. Redmont said he had discussed the programs of the Coordinator of Inter-American Affairs with her but had revealed to her only information that was available to the public.

He was later cleared by the House Committee on Un-American Activities and a grand jury. When called as a defense witness in the perjury trial of Mr. Remington in 1951, however, he faced withering cross-examination.

He denied that he had named his son Dennis Foster in tribute to the Communist Party leaders Eugene Dennis and William Z. Foster.

In 2009, however, in their book “Spies: The Rise and Fall of the K.G.B. in America,” John Earl Haynes, Harvey Klehr and Alexander Vassiliev cited Soviet intelligence reports from the 1940s that identified Mr. Redmont as a Communist Party member known as Berny and as a minor source of information for Ms. Bentley under the code name Mon.

Some historians have challenged the K.G.B. files as ambiguous, arguing that many entries were the product of wishful thinking or exaggeration on the part of Soviet agents trying to please their bosses.

He added: “It was a very sad and poisoned period in American history where an allegation was equivalent to a conviction. I’d like to think we’ve moved beyond that, but maybe we haven’t.”

Immediately after testifying, Mr. Redmont was fired by Mr. Lawrence, and his passport was seized by the State Department, leaving him stranded in Paris.

His career ruined, Mr. Redmont struggled to patch together a living as a freelance writer and editor. He was a press agent for a nightclub, and as a talent scout for an impresario, he negotiated a South American tour for the singer Charles Trenet.

“At one point, I set a record in amassing the largest number of jobs in Paris with the lowest aggregate income,” Mr. Redmont wrote in his 1992 memoir “Risks Worth Taking: The Odyssey of a Foreign Correspondent.”

In time, his career recovered. After reporting for the Canadian Broadcasting Corporation and serving as Paris bureau chief for Westinghouse from 1961 to 1976, he made the transition to television, joining CBS News, for which he was the bureau chief in Moscow and a senior correspondent in Paris.

He returned to the United States in 1981 to become a professor of journalism at the Boston University College of Communication. A year later, he was named dean.

Mr. Redmont resigned as dean in 1986 after clashing with the university’s president, John Silber, over the Afghan Media Project, a program to train Afghan refugees as journalists at a center in Peshawar, Pakistan. Mr. Redmont had proposed training them in Boston, arguing that political conflict and tribal rivalries made Peshawar too dangerous. He lost the battle to Mr. Silber, who demanded his resignation but gave him the title of dean emeritus.

Correction: February 1, 2017
An earlier version of this obituary misidentified Zeynep Tinaz Redmont. She is Mr. Redmont’s daughter-in-law, not his daughter. Because of an editing error, the earlier version also misstated the year Mr. Redmont resigned as dean of the Boston University College of Communication. It was 1986, not 1981.