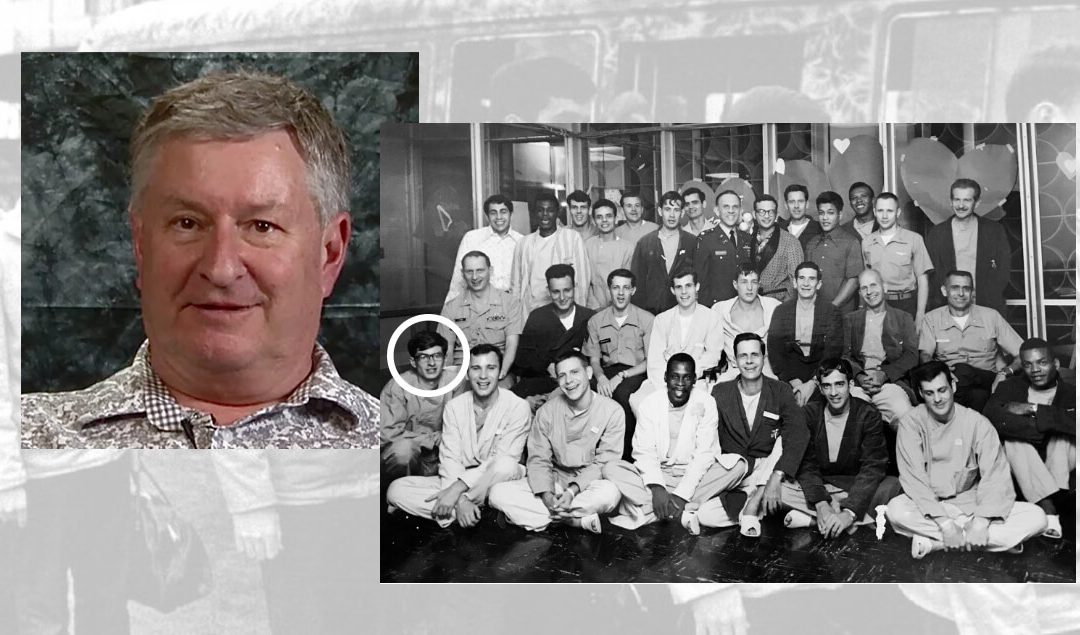 Traitors or patriots? Eight Vietnam POWs were charged with collaborating with the enemy.

MOSCOW, Idaho — The six young servicemen, fresh from the prison camps of North Vietnam, stood at attention, saluted and wept as their comrade was lowered into his grave that Monday in a Denver cemetery.

Marine Corps Sgt. Abel Larry Kavanaugh, 24, had been like a brother to them and before he had fired a bullet into his brain a few days earlier, they had shared many grim years together as POWs. 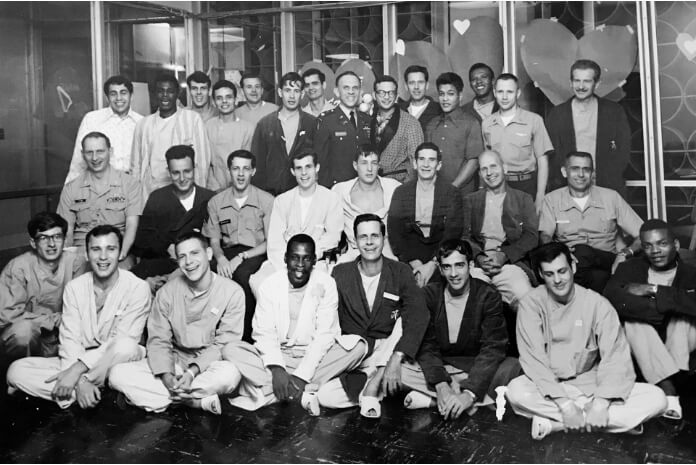 Robert Chenoweth, seated on the floor, far left, was one of eight men held prisoner in Vietnam and charged with collaborating with the enemy. (Courtesy of Robert Chenoweth)

But they had another bond: Kavanaugh and his buddies had all been accused of collaborating with the enemy while imprisoned. They had made antiwar broadcasts, cooperated with their captors and had written letters condemning the conflict, a senior officer charged.

Two were accused of making crude wooden models of American aircraft so the North Vietnamese could hone their marksmanship. Fellow prisoners called them traitors and communists, and named them the “Peace Committee.”

Formal military charges had been filed after their release. But the prospect of more incarceration was too much for Kavanaugh. After his suicide on June 27, 1973, his wife said the Pentagon had murdered her husband.

“The North Vietnamese kept him alive for five years,” she said. “Then he came back to America and his own people killed him.”

This month, as filmmakers Ken Burns and Lynn Novick retell the tragedy of the Vietnam War on public television, the story of the POW Peace Committee seems a footnote to the sprawling conflict that tore the country apart.

But 50 years after the war’s peak years of 1967 and 1968, it serves to show how the bitter divisions extended even to the prison camps, and how deep they remain.

“They were sworn military personnel,” said one who was incarcerated with the Committee but did not want his name used. “They took the oath to uphold the Constitution, and you can’t turn on your fellow prisoners.”

Such conduct for military men was “morally wrong,” he said. “You don’t have the same moral choices you have in civilian life.”

But Robert P. Chenoweth, 69, a Committee leader and one of those accused of making the plane models, celebrates the day he was captured.

“For me … it was the beginning of a new way of looking at the world,” he said in an interview in his home here this month.

He studied Marxism while in captivity, came to understand the North Vietnamese point of view and considered seeking asylum in Sweden.

Maybe, he said. But no more so than he had been by American culture before he went to war.