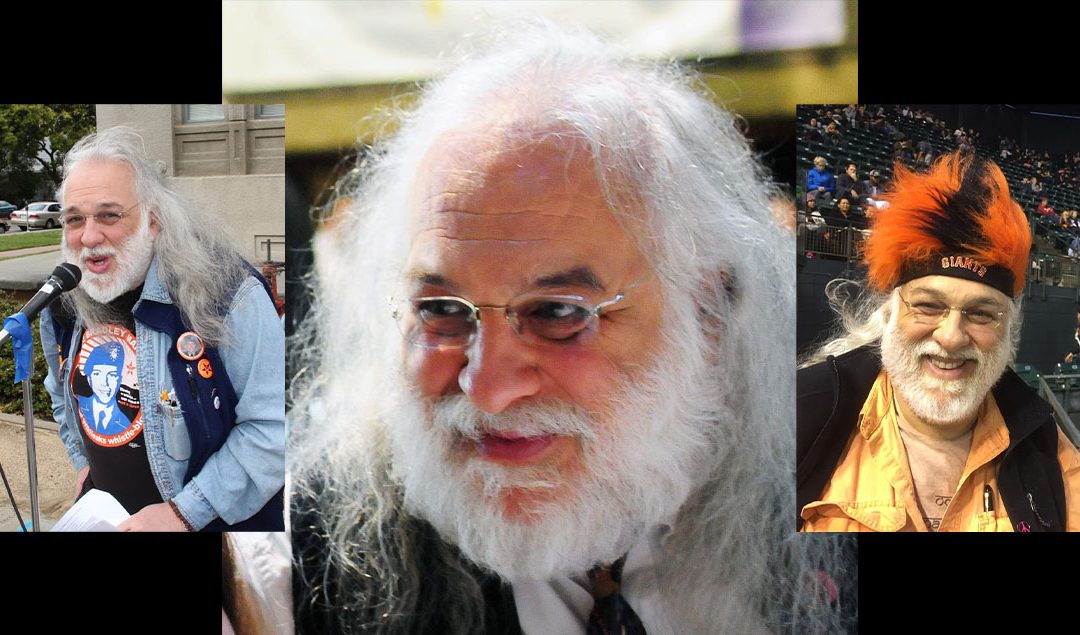 Courage to Resist is deeply saddened by the passing of our friend and comrade Robert “Bob” Meola. Bob was well known throughout the San Francisco Bay Area for his lifelong commitment to anti-militarism efforts.

Bob learned this past August that he had pancreatic cancer. He died Wednesday afternoon, November 17th, with his wife Sue and daughter Sofia by his side, following complications from a surgery the day before.

He joined Courage to Resist in 2008 and rarely missed a meeting or event. From 2010 to 2017, Bob served on the Steering Committee of the Chelsea Manning Support Network, which successfully funded the legal defense for–and eventually won the release of–the imprisoned WikiLeaks whistleblower by way of clemency by President Obama.

For years, Bob served as a War Resisters League (WRL) National Committee Member, and the public contact for WRL-West. In 2009, he played a key role in the adoption by WRL of its current position statement in support of all forms of resistance to conscription and militarism. Bob was a founder of Southern California War Resisters’ League and Southern California War Tax Resistance.

He was well known locally for his 16 years on the City of Berkeley’s Peace and Justice Commission, serving as chairperson from 2008 to 2010. After helping pass a city resolution against military recruiting in 2008 that garnered national attention, he appeared on the “Daily Show with Jon Stewart”–something strangers on the street would recognize him for years later, which he found amusing.

On the Commission, Bob championed many human rights issues, police accountability, support for whistleblowers, the closure of Guantanamo Bay prison camp, and for Berkeley to become a “No Drone Zone.” One of the last events he was able to attend in person was a rally for Julian Assange of WikiLeaks who faces extradition to the US for publishing classified documents pertaining to the wars in Iraq and Afghanistan.