Bob Moses, Crusader against War, for Civil Rights, Dies at 86 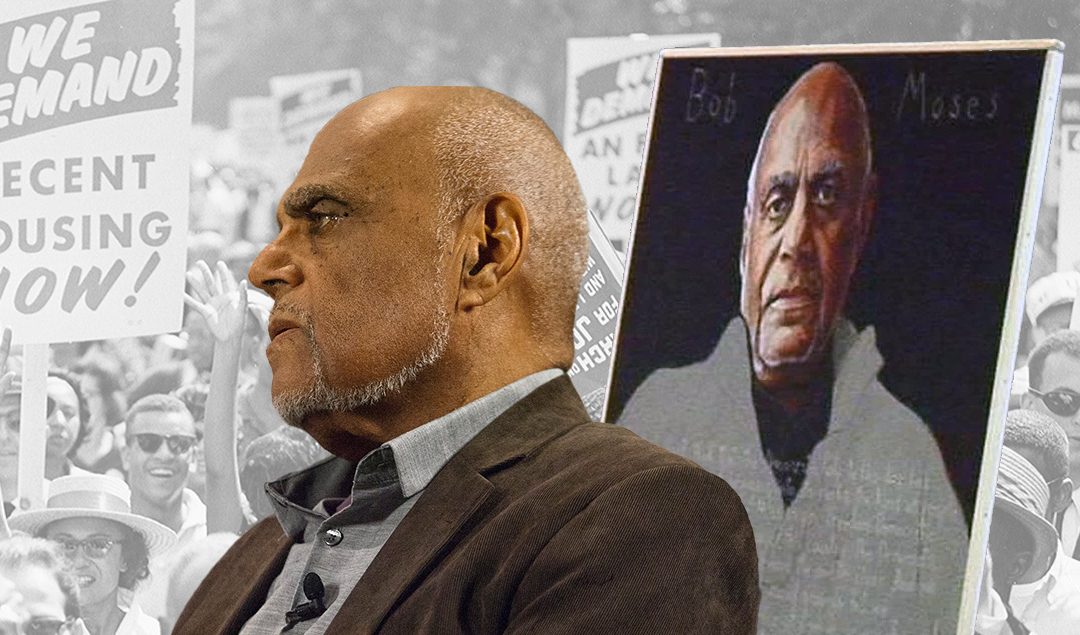 Mr. Moses developed a reputation for extraordinary calm in the face of violence as he helped to register thousands of voters and trained a generation of activists in Mississippi in the early 1960s. “The prosecutors of the [Vietnam] war,” he said, were “the same people who refused to protect civil rights in the South.”

At the New York Times

Bob Moses, a soft-spoken pioneer of the civil rights movement who faced relentless intimidation and brutal violence to register Black voters in Mississippi in the 1960s, and who later started a national organization devoted to teaching math as a means to a more equal society, died on Sunday at his home in Hollywood, Fla. He was 86.

His daughter Maisha Moses confirmed his death. She did not specify a cause.

Mr. Moses cut a decidedly different image from other prominent Black figures in the 1960s, especially those who sought change by working with the country’s white political establishment.

Typically dressed in denim bib overalls and seemingly more comfortable around sharecroppers than senators, he insisted that he was an organizer, not a leader. He said he drew inspiration from an older generation of civil rights organizers, like Ella Baker, a leader of the Southern Christian Leadership Conference, and her “quiet work in out-of-the-way places and the commitment of organizers digging into local communities.”

“He exemplified putting community interests above ego and personal interest,” Derrick Johnson, the president of the N.A.A.C.P., said in a phone interview. “If you look at his work, he was always pushing local leadership first.”

In 1960 he left his job as a high school teacher in New York City for Mississippi, where he organized poor, illiterate and rural Black residents, and quickly became a legend among civil rights organizers in a state known for enforcing segregation with cross burnings and lynchings. Over the next five years, he helped to register thousands of voters and trained a generation of organizers in makeshift freedom schools.

White segregationists, including local law enforcement officials, responded to his efforts with violence. At one point during a voter-registration drive, a sheriff’s cousin bashed Mr. Moses’ head with a knife handle. Bleeding, he kept going, staggering up the steps of a courthouse to register a couple of Black farmers. Only then did he seek medical attention. There was no Black doctor in the county, Mr. Moses later wrote, so he had to be driven to another town, where nine stitches were sewn into his head.

Mr. Moses grew active in the movement against the Vietnam War, and in April 1965 he spoke at his first antiwar protest, in Washington, D.C. “The prosecutors of the war,” he said, were “the same people who refused to protect civil rights in the South” — a charge that drew criticism from moderates in the civil rights movement and from white liberals, who worried about alienating President Lyndon B. Johnson.

Not long afterward, he received a notice that his draft number had been called. Because he was five years past the age limit for the draft, he suspected it was the work of government agents.

Mr. Moses and his wife, Janet, moved to Tanzania, where they lived in the 1970s and where three of their four children were born. After eight years teaching in Africa, Mr. Moses returned to Cambridge, Mass., to continue working toward a Ph.D. in the philosophy of mathematics at Harvard.

Read the full obituary at the New York Times