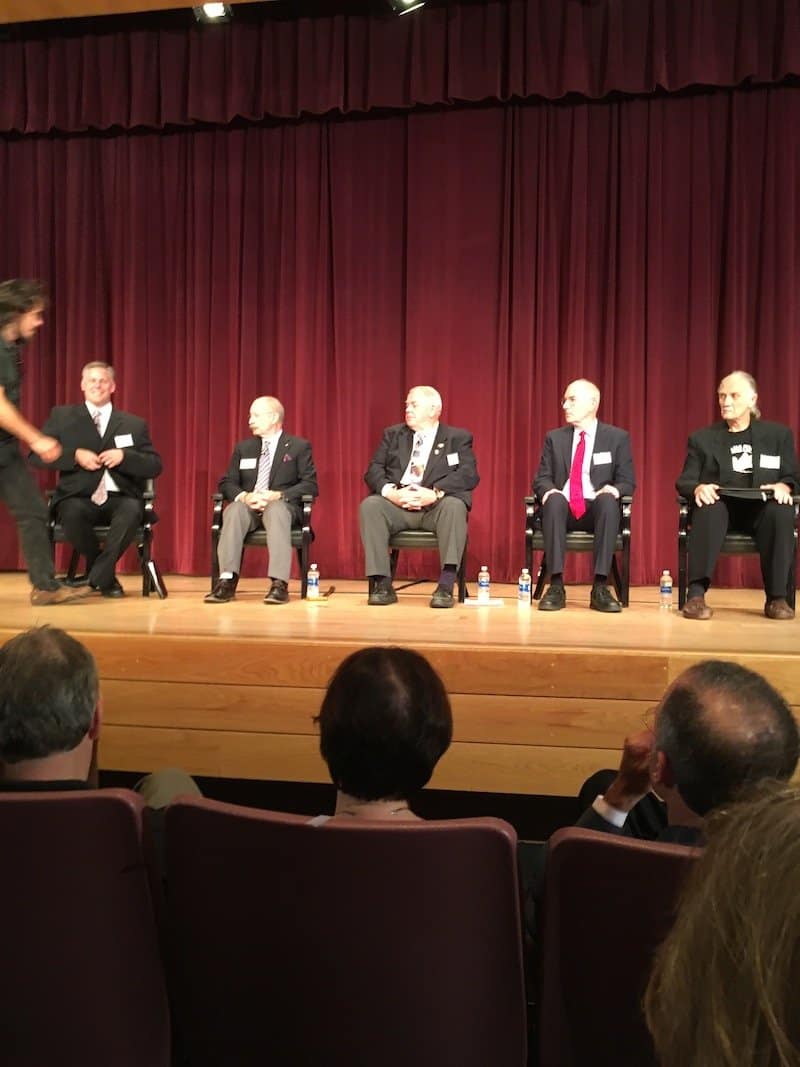 On Thursday, September 14 WUNC, the local PBS channel, and the Museum of North Carolina History hosted a preview of the Burns/Novick documentary: The Vietnam War. North Carolina suffered 1,600 KIA. In the war. Members of the Eisenhower Chapter 157 in Central North Carolina attended the showing and chapter leader Doug Ryder spoke on a panel with three other veterans in front of an audience of 200-300. Doug did an excellent job of presenting VFP’s perspective; Burns and Novick present the war as a lousy affair (whatever the many shortcomings of their perspective) and veterans working for peace emerged as a logical and moral response to it.

Interestingly, though there were 2 fairly conservative veterans on the panel, no one defended the war. “We just wanted to survive; we were just doing our duty; we were just trying to survive; so we didn’t get into politics.” Doug brought the question of the war’s morality front and center. Questions from the audience focused on the inadequacy of the VA; someone quoted Smedley Butler that “war is a racket”. A VFP member in the audience noted the unprecedented resistance inside the military to the war; an important point not mentioned in the panel, but which is covered to a degree in the documentary.

Some points on the panel that needed refuting (if Doug had more time): that the war was a proxy war between the US and the USSR and China (erasing the centrality of Vietnamese nationalism); and that the civilian anti-war movement was anti-soldier (a view reinforced in the documentary).

PBS spoke to the possibility that audience members might be triggered by events portrayed in the documentary. Counselors were available if necessary.

As people left we were able to distribute flyers about the local chapter as well as 130 or so copies of the Full Disclosure paper to a generally receptive public..