This article originally appeared at Linux Beach by Clay Claiborne.

Forty Years ago today, on 29 April 1975, a thirty-years war concluded as the Vietnamese had finally achieved victory in the struggle initiated when Ho Chi Minh read their Declaration of Independence in Hanoi on 2 September 1945. They didn’t know it would take so long. In those thirty years they had to defeat the Japanese, the French and finally the Americans, and the puppet regimes set up by those imperialists. On 18 February 1948, Vo Nguyen Giap, military commander of the Vietnamese revolutionary forces declared in a letter to the troops “We will struggle ten years or longer if necessary…Until our nation regains its independence and unification…until Ha Noi becomes the capital of and independent and unified nation.” It took thirty years not ten, but on 29 April 1975 that dream was realized. 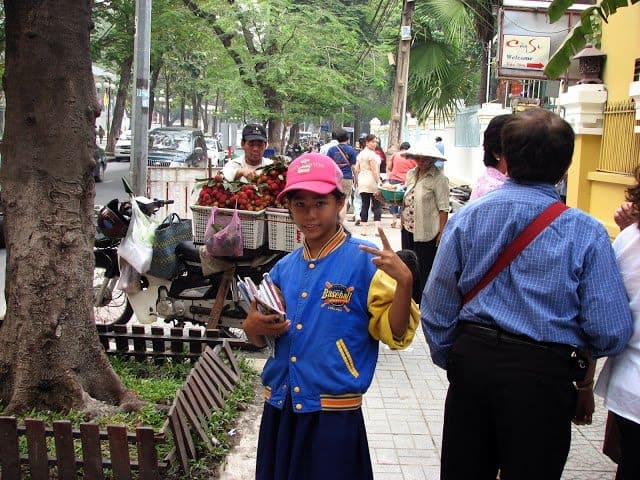 Vietnam: American Holocaust
Years before President Obama announced the Pentagon program to revise the history of the Vietnam War, I noticed a rising tide of propaganda designed to have the war remembered in imperialist terms, such as the 2005 documentary series Heart of Darkness: The Vietnam War Chronicles 1945-1975. In as much as it was a low period in mass activity, at least as far as I could see, and I was flush with money from selling the family home in Atlantic City, I set out to produce a documentary that would tell the unvarnished truth about the Vietnam War in a way that had never been done before. I wanted to highlight the fact that what we call the Vietnam War was an American made holocaust. We murdered over 3 million Vietnamese; we where not the good guys in this war.

The result was Vietnam: American Holocaust, release in November 2008. I asked Martin Sheen to narrate it because, who else are you going to call when you set out to make the ultimate Vietnam War doc?

I was working on the sequel, Vietnam: People’s Victory, which I hoped to release in 2011, when the Arab Spring broke out. Before resuming work on the screenplay the morning of 14 January 2011, I checked my email and found a message from the Electronic Freedom Foundation about the revolution taking place in Tunisia and the need for my material assistant. I put the doc work on hold and never looked back. Remembering the revolution of 40 years ago would have to wait. A new era of revolutions was just then kicking off and I planned to be fully involved.