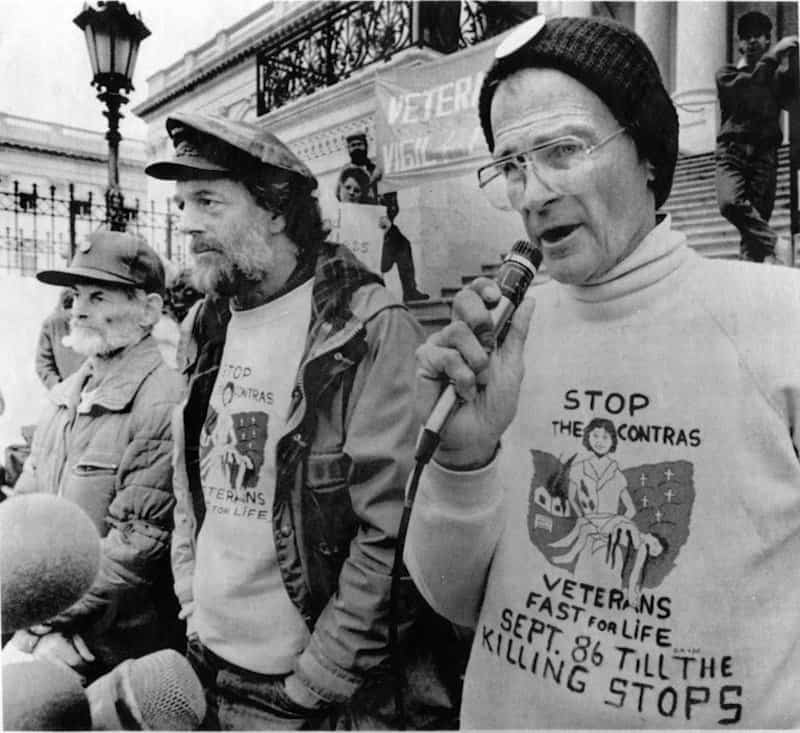 This article originally appeared at the NewYorkTimes.com

Charlie Liteky, a former Army chaplain who received the Medal of Honor for bravery in Vietnam, only to return the medal two decades later as a protest of American foreign policy in Central America, died on Friday in San Francisco. He was 85.

His death was confirmed by a friend, Richard Olive, who said Mr. Liteky had suffered a stroke several weeks ago.

Mr. Liteky, who was a Roman Catholic priest when he was given the award, is believed to be the only one of nearly 3,500 recipients of the medal since the Civil War to have returned it in a demonstration of political dissent, Victoria Kueck, the operations director of the Congressional Medal of Honor Society, said on Monday.

He acted out of opposition to the Reagan administration’s support for Central American dictators accused of brutally suppressing leftist guerrillas.

In 1986, Mr. Liteky (pronounced LIT-key) left the medal in an envelope addressed to President Ronald Reagan at the Vietnam Veterans Memorial in Washington. He also renounced the lifetime tax-free monthly pension — then about $600, now about $1,300 — that went with it.

Mr. Liteky, who later served two federal prison terms for civil disobedience as a war protester, said he was motivated in his political dissent by the commitment that had inspired his bravery on the battlefield in Vietnam.

“The reason I do what I do now is basically the same,” he told The San Francisco Chronicle in 2000 as he faced a second prison sentence. “It’s to save lives.”

On Dec. 6, 1967, Mr. Liteky, the son of a career Navy petty officer, repeatedly neglected his own shrapnel wounds and, without a weapon, helmet or flak jacket, exposed himself to mortars, land mines and machine guns to rescue 23 wounded colleagues who had been ambushed by a Vietcong battalion. He evacuated the injured soldiers and administered last rites to the dying.

Before that firefight, Mr. Liteky had never been in combat.

He was one of three chaplains who earned the Medal of Honor in Vietnam. The other two were awarded posthumously.

Mr. Liteky once recalled that when he went to Vietnam, “I was 100 percent behind going over there and putting those Communists in their place.”

“I had no problems with that,” he added. “I thought I was going there doing God’s work.”

After he volunteered for another six-month tour, Mr. Liteky returned home from the war as an Army captain. Troubled by the celibacy requirement, he left the priesthood in 1975. 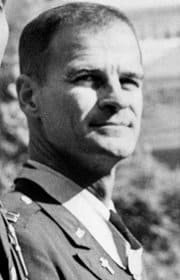 Charlie Liteky being presented with the Medal of Honor in recognition of his bravery in Vietnam. Credit United Press International

In the late 1970s, he was introduced by Judy Balch, a former nun, to refugees from El Salvador, “teenagers, whose fathers had been killed and tortured,” he recalled. He evolved into a vigorous opponent of American support for right-wing factions there and in Nicaragua and Guatemala.

In 1986, Mr. Liteky mounted a debilitating 47-day hunger strike near the Capitol against American involvement in Nicaragua. He later served two terms for trespassing at the Army’s School of the Americas (now the Western Hemisphere Institute for Security Cooperation) at Fort Benning, Ga., which trains soldiers from Latin America.

In 2002 and 2003, he visited Baghdad to protest the impending American invasion.

“I am in deep sympathy with all of those young men that are over there now doing what they think is their patriotic duty,” Mr. Liteky told NPR in 2004. “I think it is more of a patriotic duty of citizens of this country to stand up and say that this is wrong, that this is immoral.”

He had recently completed a memoir, “Renunciation,” which friends of his plan to publish this year.

Charles James Liteky was born in Washington on Feb. 14, 1931, to Charles Liteky and the former Gertrude Diggs. (His father had enlisted in the Navy when he was 15, lying about his age.)

He was raised mostly in Jacksonville, Fla., where he was a high school quarterback.

After attending the University of Florida for two years, he entered a seminary and was ordained a priest in 1960 as Angelo J. Liteky (the name under which he also received the medal) and joined the Missionary Servants of the Most Holy Trinity, a clerical organization based in Silver Spring, Md.

He volunteered as an Army chaplain in 1966 and served with the 199th Infantry Brigade.

According to his official medal citation, during the firefight, in Bien Hoa Province, “through his indomitable inspiration and heroic actions, Chaplain Liteky saved the lives of a number of his comrades and enabled the company to repulse the enemy.”

He was the fifth military chaplain since the Civil War to receive the award.

After he left the medal at the Vietnam Veterans Memorial, it was retrieved by the National Park Service and placed in the collection of the National Museum of American History.

His very public protest in 1986 got mixed reviews from fellow medal recipients. While some criticized his action as unpatriotic, others described it as courageous.

“When I look at Liteky, I have respect for the courage of his views,” Paul Bucha, a medal recipient and a past president of the Medal of Honor Society, said in 2000.

“It’s difficult to be an iconoclast,” Mr. Bucha continued. “It’s much easier to go along. Men like Liteky are people who should force us to pause and think; they should not be ostracized and criticized. They are entitled to their views, and perhaps if we listened we’d be better off.”