Check it out: Soldiers for Peace Audio Doc 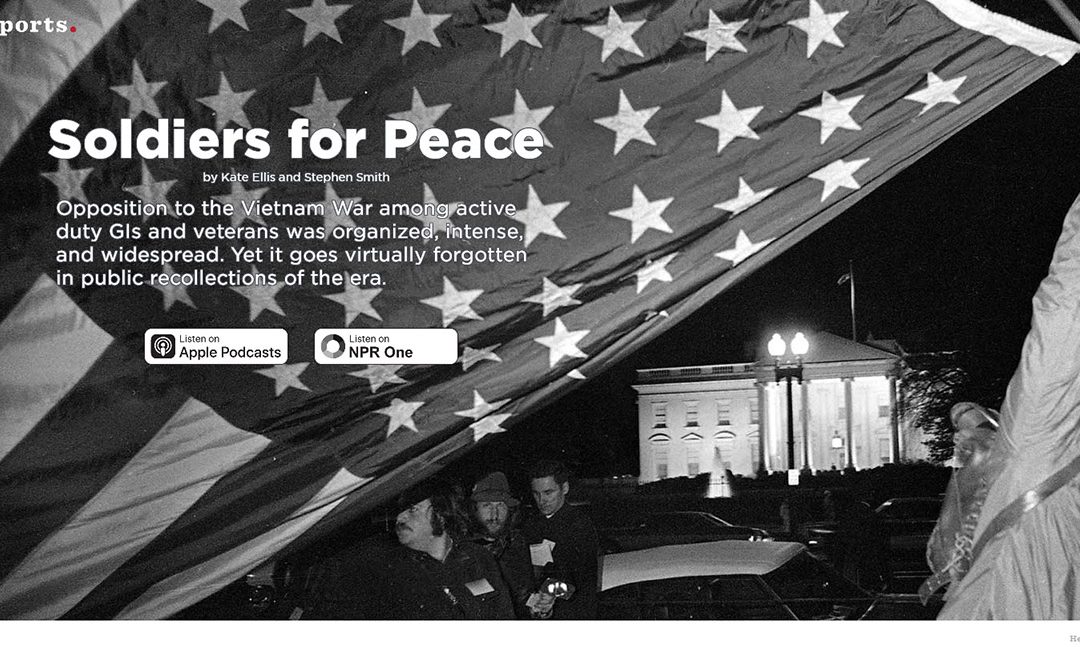 A stylish new audio documentary about GI resistance during the ’60s and ’70s produced by Kate Ellis and Stephen Smith, is online at APM Reports

“Opposition to the Vietnam War among active duty GIs and veterans was organized, intense, and widespread. Yet it goes virtually forgotten in public recollections of the era.”

Quite a few GIs spoke or acted out, back then, to end the war, and many continue to speak out against war and work for peace. This narrated audio collection includes the voices of Barry Romo, Bill Ehrhart, JJ Johnson, Jan Barry, Susan Schnall, Jesse Rosen, Paul Cox, Jim Murphy, and others.