“The Trial of the Chicago 7” movie, a liberal fantasy? 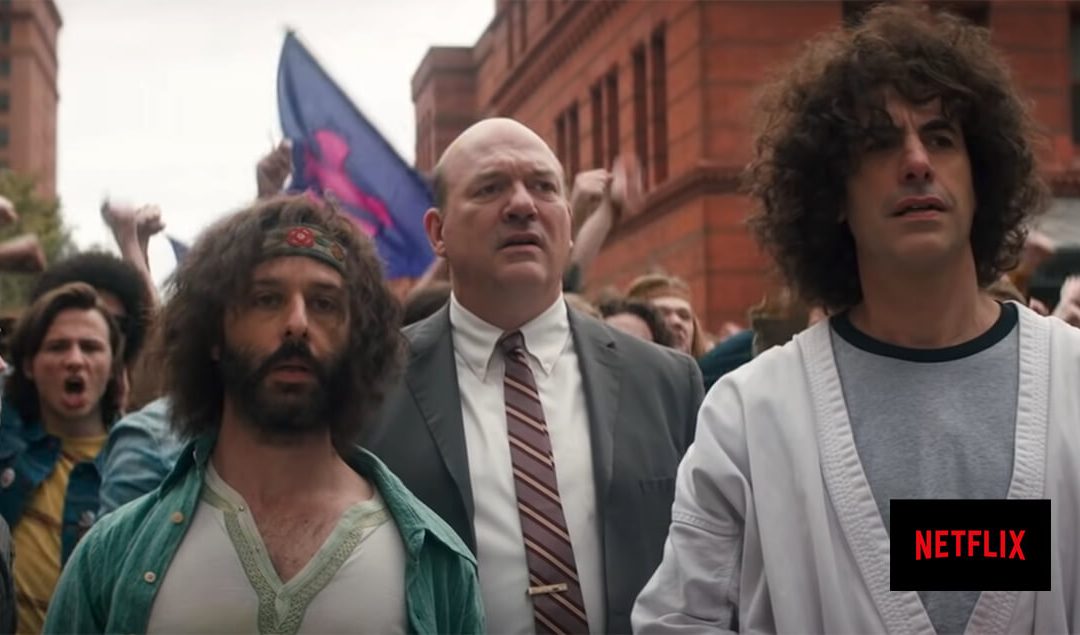 According to the lore provided to the press, the development of Aaron Sorkin’s new movie, “The Trial of the Chicago 7,” originated in 2007 when Steven Spielberg, who at the time was toying with making the film himself, summoned Sorkin to his home and urged him to write the screenplay for him. Interestingly, Sorkin had never heard of the trial, but to a certain kind of educated liberal possessing a working knowledge of its historic importance — and this, one must assume, includes Spielberg — a courtroom battle of ideas with nothing less at stake than the soul of America must have seemed to be a perfect match for his very specific talents.

Sorkin, after all, has dedicated his career to litigating our country’s ongoing political and cultural crises. His is the drama of the debate club and the courtroom drama is his ideal form. Since 1989, when his breakout play “A Few Good Men” premiered on Broadway, he’s dramatized his conviction that enlightened ideas tethered to reasoned argument have the power to sway the populace toward a greater commitment to the civic good.

And the trial of the Chicago 7 — or the Chicago 8, depending on who’s counting and how — is the mother of all courtroom dramas.

To understand why, one needs a bit of context: The men on trial had organized large protests against the Vietnam War to coincide with the 1968 Democratic Convention. The protests exploded in violence when the Chicago police force tried to shut them down (an event later determined to be a “police riot”). And after the Democrats lost the election, the leaders were arrested and charged with conspiracy to cross state lines “with the intent to incite, organize, promote, encourage, participate in, and carry out a riot.” The trial that followed was an attempt by the Nixon administration to show the citizens of our nation that the United States stood firmly against radical agitation of all stripes.

It was a show trial in the classic sense, political theater meant to affirm the government’s power. That it failed in this goal owes largely to the chaotic drama that transpired within the courtroom with, on the one side, Judge Julius Hoffman, an overbearing authoritarian presence incapable of hiding his prejudice, and on the other, defendants who used the trial as another stage from which to project their various political messages. If the government’s purpose was to put the counterculture on trial, the defendants used their wit and their argumentative skills to flip the script and put the establishment on trial, which is exactly the kind of thing that happens in almost every play, movie, or television episode Aaron Sorkin has ever written.

Is it any wonder, then, that as the George W. Bush administration and its War on Terror and extraordinary rendition and extra-legal Guantanamo Bay incarcerations and quagmire in Iraq and all the rest was supposed to be coming to an end, replaced (hopefully, then it seemed, inevitably) by either Hillary Clinton or Barack Obama, Steven Spielberg would turn to Aaron Sorkin to write a movie celebrating the anti-war activists of a previous generation? From the point of view of a successful liberal entertainer, there couldn’t have been a better man for the job.

Sorkin must have seen this as well. After he wrote a draft of the screenplay for Spielberg, the project fell through (as these things tend to do in Hollywood) and both men went on to focus on other work. Then, ten years later, with Donald Trump in office and the #Resistance on the rise and the #MeToo movement bringing another powerful man down nearly every day and every other type of political division you could think of again flooding the air like tear gas, he decided to make it himself.

Read the full review at forward.com