An Anti-Warriors Chronology of the American War in Vietnam

The Full Disclosure chronology of the American War in Vietnam provides multiple perspectives, including that of the Vietnamese resistance, the anti war movement in the United States and around the world–especially the opposition of active duty GIs and veterans–as well as containing the standard landmarks: the big battle, the negotiations, and the maneuvers of politicians. 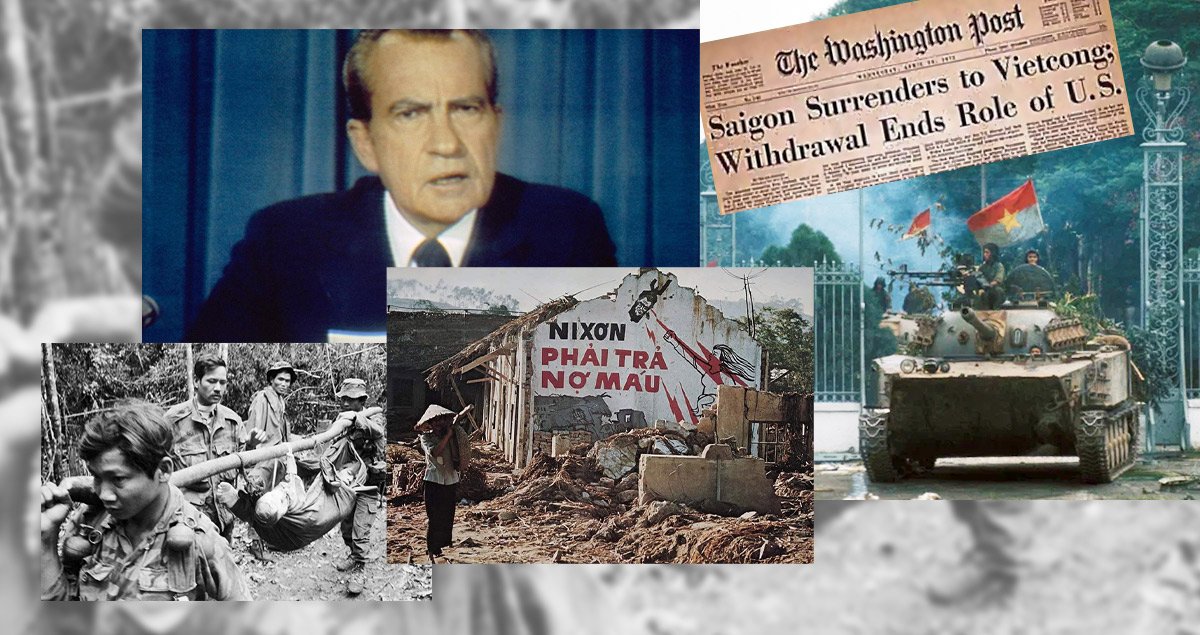 In this unusual chronology, Full Disclosure, strives to present a full picture of the American War in Vietnam, providing background in Vietnamese history, as well as  the Post World War II “Cold War” era. To achieve a fuller understanding of the war, we focus on the actions of multiple sides; in particular, that of the Vietnamese resistance–which managed to hold off and ultimately defeat the most technologically advanced military in the world–as well as the unprecedented opposition by US soldiers and veterans.

The chronology is intended as a corrective to the long-standing and continuing America-centric take on the war: as purely an American tragedy, despite the immensely greater suffering of the Vietnamese people, with millions killed and displaced ,while their land was devastated by massive bombing and the widespread use of chemical poisons.  We also aim to counter the glorification of the US military to sanitize and justify US aggression.  We do want to honor the courage of soldiers and veterans who, under great duress, were able to effectively organize against the war in unprecedented fashion. Our goal is not to romanticize the movement against the war, but to grant it its proper place in US and world history.  We also make note of the widespread international opposition to the war which led to the isolation of the US.  Finally, we provide multiple perspectives on controversial issues ranging from the Tet offensive to the POW and MIA questions.

We hope that participants in today’s movements for social justice can benefit from a serious engagement with the realities of that war. The entire Full Disclosure website is dedicated to recording and archiving those realities . How we understand that war is essential for navigating  the role of the US and its military in today’s world. On the web site we quote Viet Thanh Nguyen: “All wars are fought twice, the first time on the battlefield, the second time in memory… Memory is haunted, not just by ghostly others but by the horrors we have done, seen, and condoned, or by the unspeakable things from which we have profited.”  Our goal is for the US not to repeat “the unspeakable things from which we have profited.”

Select a year or start here.

By Howard Machtinger with support from John J. Fitzgerald