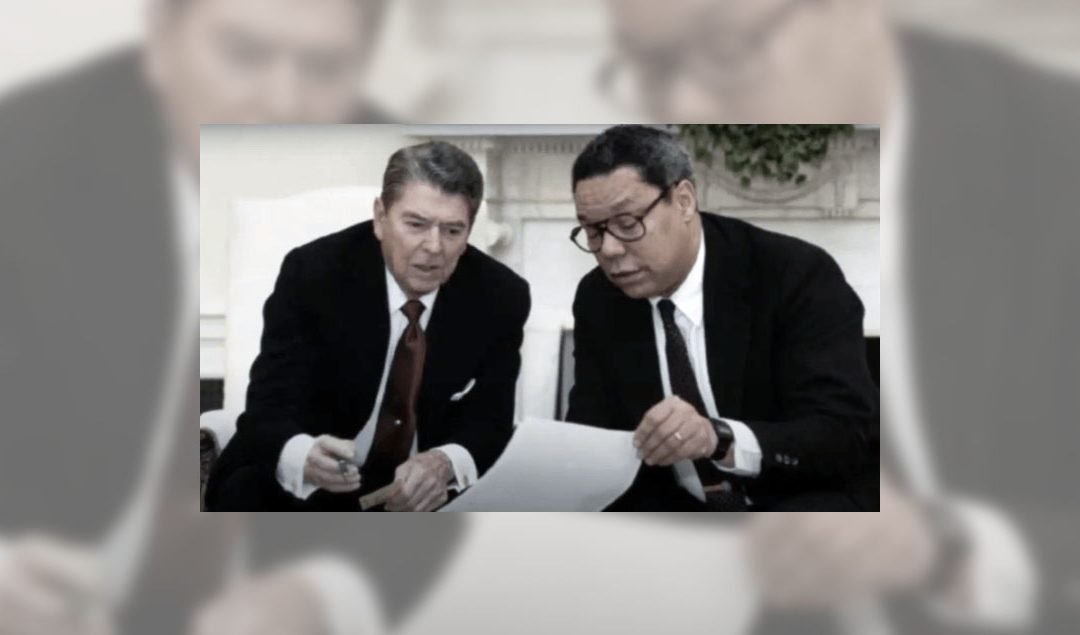 by Jeffrey St. Clair at CounterPunch

In thinking about Colin Powell on the day of his death, I kept flashing back to one of the greatest, if most opaque, novels about what we might loosely call the American project: Herman Melville’s The Confidence Man. The first, maybe only prerequisite, for a conman is the ability to win people’s confidence. Powell had this gift to such an elevated degree that he was able to retain public confidence even after his tricks had been exposed as lethal frauds, over and over again. It’s hard to isolate why: That he was black, that he spoke calmly, that he seemed to take responsibility, even when he actually deflected the blame onto others, who’d given him bad orders he’d been duty-bound to follow. A good conman remains elusive–hard to pin down. After lying the US into one of the most disastrous wars in history, Powell was back eight years later as if nothing had happened playing the role of kingmaker to the accolades of the elites.

From covering up My Lai to fabricating a case for war against Iraq to defending Obama’s drone strikes was there ever a more useful frontman to shield or rationalize the crimes of the modern American empire than Colin Powell? He was the Teflon General. Nothing stuck him. He continued to be courted, especially by liberals, as a voice of restraint, honesty and rationality, when he had the rare distinction of having committed war crimes in at least five different wars: Vietnam, Central America, Iraq War I, Afghanistan, Iraq War 2.

In 1963, Powell, then a captain, went to Vietnam as a “military advisor” to a South Vietnamese army unit, which torched villages up and down the A Shau Valley, war crimes which he coldly described in his memoir as a “drain-the-sea” tactic.

We tried to solve the problem by making the whole sea uninhabitable. In the hard logic of war what difference did it make if you shot your enemy or starved him to death? As for the poor Montagnards, caught in the middle, with their crops and huts ruined, they were forced to rely on the South Vietnamese for food. That explained why these nomadic people were living on the dole at base camp. The whole strategy was to win their hearts and minds by making them dependent on the government. I am sure these mountain people wished they’d never heard of the ARVN, the Viet Cong, or the Americans.

However chilling this destruction of homes and crops reads in cold print today, as a young officer, I had been conditioned to believe in the wisdom of my superiors, and to obey. I had no qualms about what we were doing. This was counterinsurgency at the cutting edge. Hack down the peasants’ crop, thus denying food to the Viet Song, who were supported by the North Vietnamese, who, in turn, were backed by Moscow and Beijing, who were our mortal enemies.

Although he’s known for articulating the so-called “Powell Doctrine” of using “overwhelming force,” he spent most of his career supervising these kinds of “third way” operations, where US-financed and trained paramilitaries and death squads chopped and burned their way through hamlets and villages, terrorizing the local population and killing suspected dissidents and anyone who was near them.

During Powell’s time in and around the Reagan White House, the CIA and its drug-running contras tried to overthrow the Sandinistas, killing more than 31,000 Nicaraguans and displacing more than 10 percent of the nation’s population of 3 million people. Over roughly the same period (1981 to 1992), more than 75,000 civilians were slaughtered in El Salvador, largely at the hands of US-financed and trained government death squads. While in Honduras, the US trained “Battalion 316” tortured and assassinated 184 of the country’s most prominent leftists, along with thousands of others. Then in Guatemala 250,000 were wiped out in what has been called a “civil war”, but was really an extermination campaign against the nation’s indigenous population. In one form or another, all of these mass killing operations came across Colin Powell’s desk. He either helped plan them, implement them, strategize them, evaluate them, rationalize them or deny them. As he lies in state, many of the murdered are still waiting to be unearthed.

Cap Weinberger was up to his neck in the criminal conspiracy known as Iran/contra. As his chief military aide, Powell knew everything that Weinberger knew and much more. In his customary role as both a strategist and clean-up man, Powell likely shielded Weinberger from the goriest of details. But he didn’t shield him well enough to keep Weinberger from being indicted by Lawrence Walsh on five felony counts of lying to Congress and obstructing its inquiry into the illegal operations. Weinberger got a last-minute pardon from Poppy Bush, while Powell escaped unscathed. DC is in perpetual need of people with Powell’s particular skill set.

One of Powell’s roles for Weinberger was to oversee the glorious invasion of Grenada in 1983, when the US killed dozens of civilians in an airstrike on a psychiatric hospital. Don’t know what kind of medal he got for that infamous expedition.

Also going under the press radar was Powell’s role as the architect of another bloody intervention designed to rid the US of one of the dictators it had installed and supported through the course of the Central American death squad wars, who had outlived his usefulness and become inconvenient to those now running the empire: the invasion of Panama and overthrow of that graduate of the School of the Americas, Manuel Noriega. Having allowed Panama to become a staging area for Reagan’s Central American operations, Noriega was well placed to know where all of the bodies, guns, drugs and drug money were buried and banked.

It’s a challenging assignment to compress Colin Powell’s villainous resumé into a single column and I had to be reminded by Andrew Cockburn of Powell’s disgusting role in misdirecting the blame for one of the most heinous war crimes of our time: the gassing of the Kurdish town of Halabja in 1988 during the waning days of the Iran/Iraq War. At the time, Powell was Reagan’s National Security Advisor and the US was covertly supporting Iraq. Almost immediately after the massacre, where 5,000 Kurds were killed and 10,000 seriously injured (nearly all of them civilians), Powell orchestrated the forces of the government to finger Iran for the massacre: first the State Dept., then the Defense Intelligence Agency and finally the CIA, all begin leaking specious “analyses” to the press, which duly regurgitated them, as they would fabulations about WMDs a little more than a decade later–this time to overthrow Saddam. All of this was done to protect the butcher of Baghdad and, more crucially, to conceal the US’s own role in abetting his atrocities.

There are two ways to look at Powell’s famous Pottery Barn Rule: “You broke it, you own it.” The first is: own it as in take responsibility for it. The second is: own it as in loot it. Since Powell broke a lot of families, communities and countries but never fixed any, it’s safe to assume he meant the latter…

One of Powell’s most obnoxious legacies is his role in launching the career of his former deputy Lawrence Wilkerson as an interpreter of US foreign policy, a man who has exploited his ubiquitous presence on cable TV over the last couple of decades to convince liberals that the ruinous wars of the post-WW 2 era were caused by problematic personalities and managerial incompetence rather than the ravenous nature of the imperial system itself and the corporate machinery that both drives and feeds off of it.

Colin Powell was wrong about almost everything, except his assurance that Obama would prove a more competent manager of US imperial interests than the unstable McCain. Powell’s crucial endorsement of Obama served as a kind imperial seal of approval, all the proof anyone should have required to realize that the Obama would prove no threat to the US war machine and the weapons makers it is designed to serve. Powell saw in Obama a system upgrade of his own persona. Obama, Powell reasoned, was the perfect politician to repair frayed international coalitions and calm domestic anxieties after 8 fraught years of Bush and Cheney, while pursuing, and in some cases, expanding the same imperial agenda. For once in his life, he was right.

+ Over the course of Colin Powell’s five decades of service to the empire, he accumulated one of the most impressive body counts (many, if not most, of them civilians) in the history of the US military:

+ This sanguineous CV is sure to win Powell the highest accolades from the masters of the realm, as flags are lowered and hymns are sung in his honor.

+ Biden: “Colin embodied the highest ideals of both warrior and diplomat. He was committed to our nation’s strength and security above all. Having fought in wars, he understood better than anyone that military might alone was not enough to maintain our peace and prosperity. From his front-seat view of history, advising presidents and shaping our nation’s policies, Colin led with his personal commitment to the democratic values that make our country strong.”

+ Right on cue: “He is the first Black person, Black man to be … chairman of the Joint Chiefs, to be national security adviser, to be secretary of state … inspiring so many people.”

Read the rest at CounterPunch