Combat Stress Among Veterans Is Found to Persist Since Vietnam 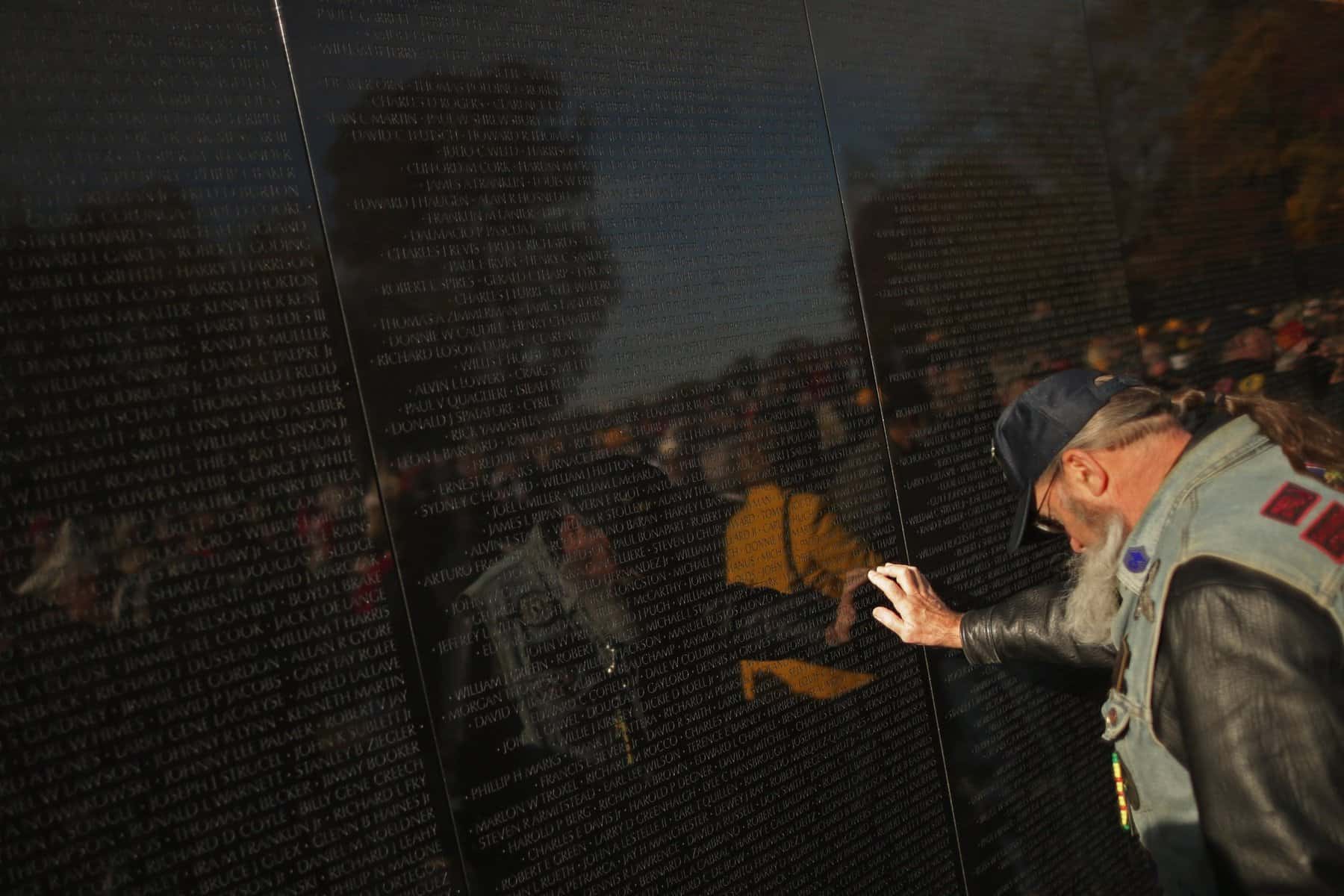 Originally posted on the New York Times by Benedict Carey

Most veterans who had persistent post-traumatic stress a decade or more after serving in the Vietnam War have shown surprisingly little improvement since then, and a large percentage have died, a new study finds, updating landmark research that began a generation ago. Members of minorities who enlisted before finishing high school were especially likely to develop such war-related trauma, as were those veterans who had killed multiple times in combat, the study found.

The new analysis, financed by the Department of Veterans Affairs, is part of the first effort to track a large, nationally representative sample of service members through their adult lives, and it is likely to have implications for post-traumatic stress treatment and disability-benefit programs for years to come, the authors said. Both issues have been hotly debated during the drawdown from the wars in Iraq and Afghanistan.

The study, which was to be presented on Friday, confirms that a vast majority of veterans learn to cope. Yet most of those who do not — 11 percent, in the Vietnam sample — could live with traumatic stress for the remainder of their lives. An estimated 13 percent of current active-duty soldiers and 10 percent of Marines have post-traumatic stress disorder, or PTSD, characterized by disabling flashbacks, hyper-arousal and sleep problems, and about 120,000 sought treatment in 2012, according to government figures.

“This study shows us what the road ahead is going to look like,” said an author, Dr. Charles Marmar, chairman of psychiatry at NYU Langone Medical Center and director of the NYU Cohen Veterans Center. “A significant number of veterans are going to have PTSD for a lifetime unless we do something radically different.” More than 18 percent of those with PTSD had died by retirement age, about twice the percentage of those without the disorder.

Just as its precursor, a study conducted three decades ago, stirred debate about post-traumatic stress, the new research is likely to raise new questions about why war trauma persists in some veterans longer than in others, the effectiveness of current PTSD treatments and whether disability compensation affects motivation to recover.

“We have funded lots of projects to improve PTSD treatment, but this study shows that we need to do better,” said F. Alex Chiu, of the office of research and development in the Department of Veterans Affairs. “We need to understand these chronic sufferers, and it’s going to be a learning process on our side.”

Members of the research team will present the findings in a series of talks at the American Psychological Association in Washington.

The new report is more than an update or a bookend, experts said: It is also a beginning. “This is a tremendously important effort, tracking the course of war-related trauma from young adulthood past middle age — we have nothing else like this,” said Bruce Dohrenwend, a professor of epidemiology and social sciences at Columbia University who was not involved in the study. “Now, we need to dig in and figure out what these results mean.”

Each war produces its own mental syndrome, whether the partial paralysis known as shell shock after World War I, or the numbed exhaustion that was called combat fatigue after World War II. But it was the first installment of this historic V.A. study — the National Vietnam Veterans Readjustment Study, published in 1992 — that put PTSD on the map as the signature mental injury of that war, prompting the government to invest heavily in the treatment of traumatized veterans and payment of disability benefits. It also set off a furious debate over the prevalence of the disorder, its definition and appropriate treatment that continues to this day.

That original study, an in-depth survey of 2,348 Vietnam veterans, found that about 30 percent of them had had PTSD at some point in the years since the war. By the late 1980s, when the survey ended, about 15 percent still qualified for the diagnosis, said Dr. Marmar, a principal investigator on both the original study and the follow-up.

Scientists and policy makers have debated those numbers ever since, and critics of the Department of Veterans Affairs have questioned whether the agency’s mental health services accelerate recovery from post-traumatic stress or — in some cases — retard it. The agency’s focus on the disorder can prime people to see the diagnosis as a catchall for any postwar mental problems, these critics say, and to see disability benefits as an incentive to stay sick.

Rick Weidman, executive director for policy and public affairs for the Vietnam Veterans of America, said his group had called on the department to track treatment effectiveness more carefully. But he added that V.A. services had helped many Vietnam veterans, saying, “We know a lot of people who are alive today because of the V.A. medical centers; they may not be getting better, but they’re not offing themselves.”

In the follow-up analysis being presented on Friday, a research team led by Dr. Marmar and William Schlenger of Abt Associates, a research firm based in Cambridge, Mass., tracked down nearly 80 percent of the original group, had them fill out questionnaires and participate in phone interviews. The team used standardized diagnostic tools to assess symptoms and performed intensive, hourslong clinical interviews on 400 of the veterans.

Some of the findings are likely to fuel further debate. Veterans with lifetime, war-related PTSD were heavy users of veterans health services, and two-thirds of them reported discussing mental health issues in those visits in the past six months, compared with 11 percent without the disorder.

“Now that is a striking figure, because clearly it doesn’t seem to have done much good,” said Dr. Simon Wessely, director of the Centre for Military Health Research at King’s College London, in an email. “For once, I doubt very much that lack of treatment, or the so-called treatment gap,” is to blame.

Doctors inside and outside the V.A. who treat trauma say that countless patients — including tens of thousands of veterans — have improved in therapy and that the criteria to qualify for a diagnosis has already been tightened in recent decades, partly as a result of the 1992 study.

Other findings are unlikely to be controversial, experts said. Veterans who enlisted before graduating from high school were at especially high risk of developing chronic PTSD, as were those involved in intimate, close-combat killing. Previous studies have found the same.

Hispanics veterans were three times as likely as whites to develop the disorder, and blacks twice as likely. Those ethnic differences had turned up in other studies as well, though the gap was mostly explained by differences in education and combat exposure — minority soldiers and Marines generally had less education upon enlistment and saw more combat, compared to whites. The new report found that minority veterans were at high risk of developing chronic PTSD even after correcting for education and combat.

“We really don’t know the reasons for the difference,” Dr. Marmar said. “That’s something we’re going to have to look at more closely.”

Surprisingly, veterans with lifetime PTSD were no more likely to die of heart disease than those without the disorder. Previous research had found a strong correlation between trauma-related symptoms and heart problems. One reason for the discrepancy might be that the veterans in the study were not yet old enough for heart disease to be a major factor, some experts said; the average age was 66. Another factor might be that those with PTSD were getting continuous cardiovascular care at V.A. facilities, Dr. Marmar said.

The death rates are not a matter of debate. About two in 10 of the veterans who participated in the landmark study at the beginning, in the 1980s, died prematurely, by retirement age. Those with lifetime PTSD were twice as likely to have died than those who did not have the disorder, their lives often claimed by the rough hand of a life on the margins: injuries, accidents, suicide and homicide.

“These are the costs of war, over a lifetime,” Dr. Schlenger said in an interview. “It’s good to have solid empirical data to help us understand how to manage them.”