After the Kent State Massacre, ‘Ohio’ Spoke to the Country 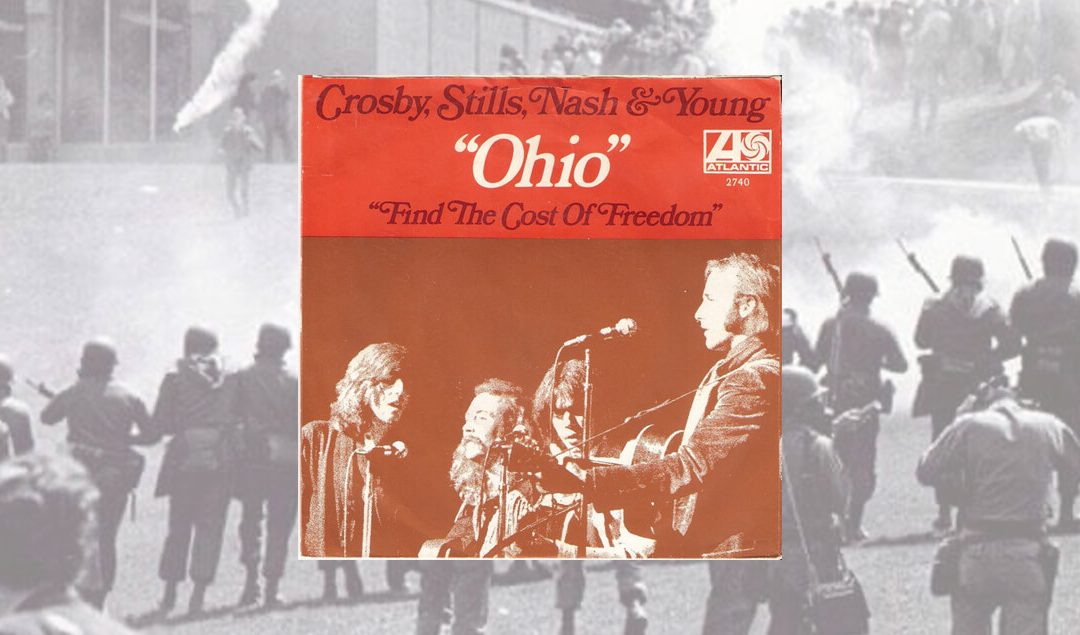 Crosby, Stills, Nash and Young recorded one of their most enduring songs, a response to the National Guard opening fire on a college campus. But the band itself was on the verge of collapse

by David Browne for Rolling Stone

In this excerpt from Fire and Rain: The Beatles, Simon & Garfunkel, James Taylor, CSNY and the Lost Story of 1970 (Hachette), Rolling Stone senior writer David Browne chronicles one of the things that helped bring Young, Stills, David Crosby and Graham Nash together again — that new and very timely song from Neil Young.

The sun was breaking through the clouds and drenching the redwoods when the groceries arrived. Shortly after the band meeting in Los Angeles, Crosby and Young, whose bond was becoming especially unbreakable, left town for Northern California. After stopping at Crosby’s home, they piled into Young’s car, toked up. and took the drive to their road manager Leo Makota’s home in Pescadero, south of San Francisco. Surrounded by trees, the house on that May 19 morning couldn’t have been a more ideal retreat from the craziness of the L.A. scene and CSNY turmoil. Young was also having difficulties with his wife Susan, with whom he was living at their home in Topanga. “The falling-apart stuff always involved Stills,” Crosby said. “Neil and I stayed friends the whole time.”

The new issue of Life magazine, dated May 15, spilled out onto the breakfast table along with the food. “Tragedy at Kent,” announced the cover line, over a photo of students leaning over the body of another. The eleven pages that followed constituted the first, most extensive, and most unnerving look the public received of the shootings: gas-masked Guardsmen aiming to fire, a distraught girl kneeling beside Jeffrey Miller’s lifeless, jacketed body. Young looked away. He turned back and looked again. As Crosby watched, he walked over, grabbed a nearby guitar, and began writing a song. In fifteen minutes, out came an irate chant he simply called “Ohio“; Crosby worked on a harmony part while Young was writing.

Since Crosby and Young were due back in Los Angeles soon to begin rehearsals for the resuscitated tour, Crosby called Nash at home that night. Crosby rarely wavered in his role as the most excitable member the band, but this time he was noticeably charged. “You won’t believe this fucking song Neil’s written,” he told Nash, before ordering him to book time in the studio as soon as possible. The fact that Young had written a topical song — an extremely rare occurrence, especially next to Crosby’s and Stills’ work — was doubly shocking. Business obligations were pulling them inexorably back together, but so were the times.

Read the rest of David Browne’s article at Rolling Stone 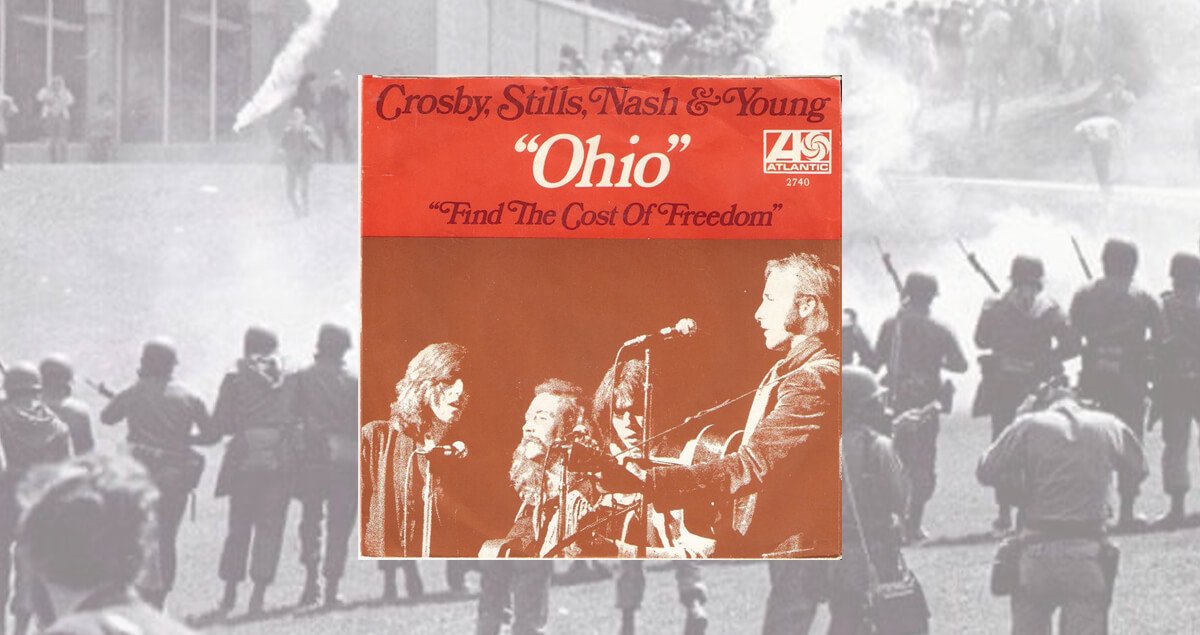