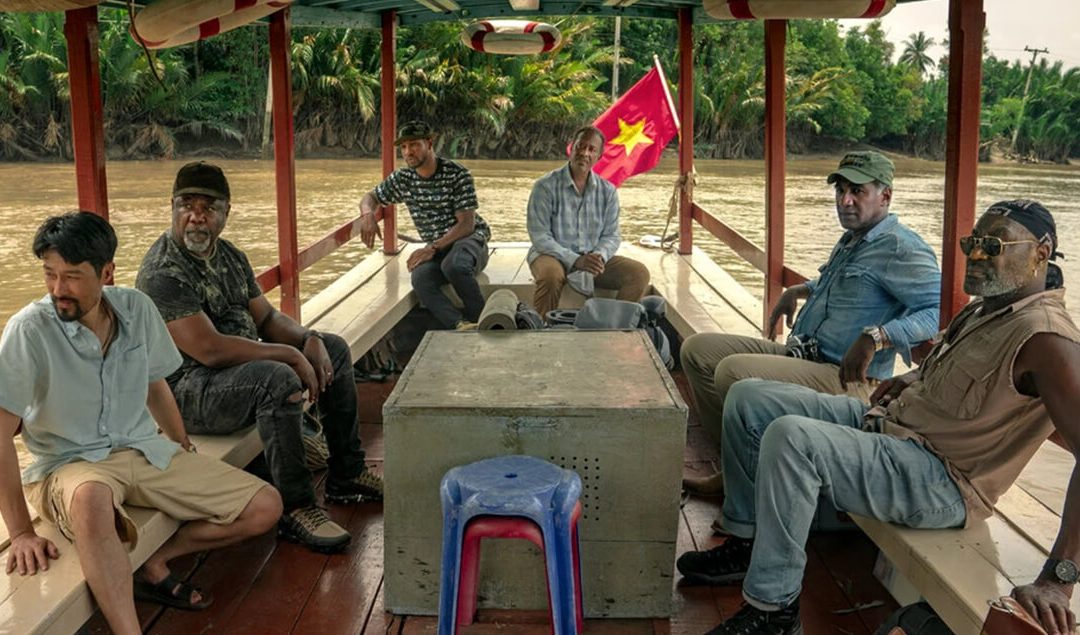 Black soldiers finally get their own story, but in one important respect, the film is no different from other Hollywood dramas that came before.

By Viet Thanh Nguyen at the New York Times

All wars are fought twice, the first time on the battlefield, the second time in memory. This is certainly true for what Americans call the “Vietnam War” and what the victorious Vietnamese call the “American War.” Both terms obscure how a war that killed more than 58,000 Americans and three million Vietnamese was also fought in Laos and Cambodia, killing hundreds of thousands more and leading directly to the Cambodian genocide.

In its own typically solipsistic, American-centered, whitewashed fashion, Hollywood has been waging this war on celluloid ever since John Wayne’s atrocious “Green Berets” in 1968, a film so nakedly propagandistic it could have been made by the Third Reich.

Born in Vietnam but made in America, I have a personal and professional interest in Hollywood’s fetish about this war. Unfortunately, I have watched almost every “Vietnam War” movie that Hollywood has made. It’s an exercise I recommend to no one.

Watching “Vietnam War” movies is my own personal “Groundhog Day” experience, because I know, without fail, how Hollywood will represent the Vietnamese and Americans. For Americans, Hollywood turns a defeat by Vietnamese people into a conflict that is actually a civil war in the American soul, where Americans’ greatest enemies are actually themselves. In one of the stranger twists in self-aggrandizement, Hollywood renders Americans as the antiheroes, which might seem odd given that Hollywood is America’s unofficial ministry of propaganda.

The reason for this troubling treatment is simple: For Hollywood, and for Americans, it is better to be the villain or antihero rather than virtuous extra, so long as one occupies center stage. For Vietnamese people, as well as Laotians, Cambodians and Hmong, their role is almost always that of the extra, their function: to be helpful, rescued, blamed, analyzed, mocked, abused, raped, killed, spoken for, spoken over, misunderstood or all of the above.

So, when Spike Lee’s new movie, “Da 5 Bloods,” was announced, my feelings were mixed. On the one hand, I am an admirer of many of Lee’s movies. On the other hand, I feared that Lee, despite being a Black American with a powerful, necessary voice, would, in the end, be an American. Could his antiracist critique overcome the investment in American imperialism that most Americans have without knowing it?

Unfortunately, the answer is no. “Da 5 Bloods” is a lesser Lee movie — honestly, it’s a mess — whose characterizations of Vietnamese people are inextricable from its political failures.

Read the full review at the New York Times