David Cortright: I Never Expected to Protest the Vietnam War While on Active Duty 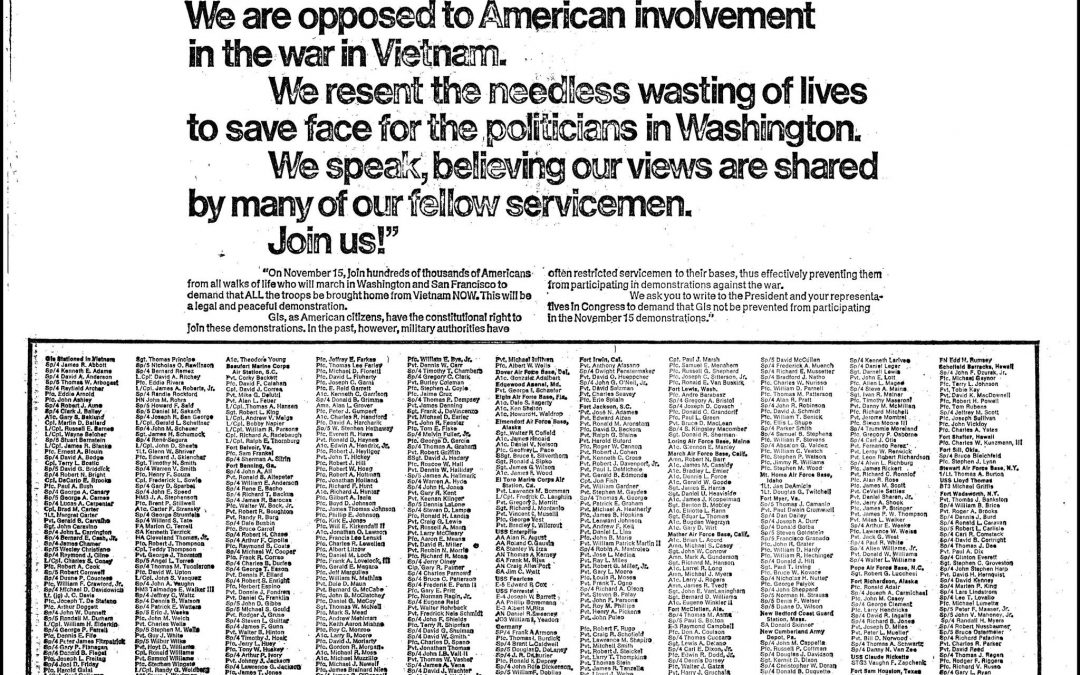 I never expected that I would be a soldier, or that I would protest the Vietnam War while on active duty, or that I would sue the Army in federal court for violating my First Amendment rights. But it all happened, and it shaped my life in ways I never could have imagined.

I was drafted in 1968 and reluctantly volunteered for the 26th United States Army Band at Fort Wadsworth, N.Y. Veterans returning from the war told harrowing tales of what they experienced. Doubts swirled in my mind, and I began to read about Vietnam. Questions turned to shock as I realized the cruel injustices of the war. I desperately wanted to escape, but it was too late. I was stuck in the Army, part of the green machine, forced to serve a cause I could not accept.

One day I saw an article about soldiers who opposed the war and decided I would join the growing G.I. peace movement. I was looking for a way to express my moral objection, and I felt that if soldiers were demanding peace, political leaders would take notice. My activism began in April 1969 when I joined a contingent of active-duty troops at an antiwar rally in New York’s Central Park.