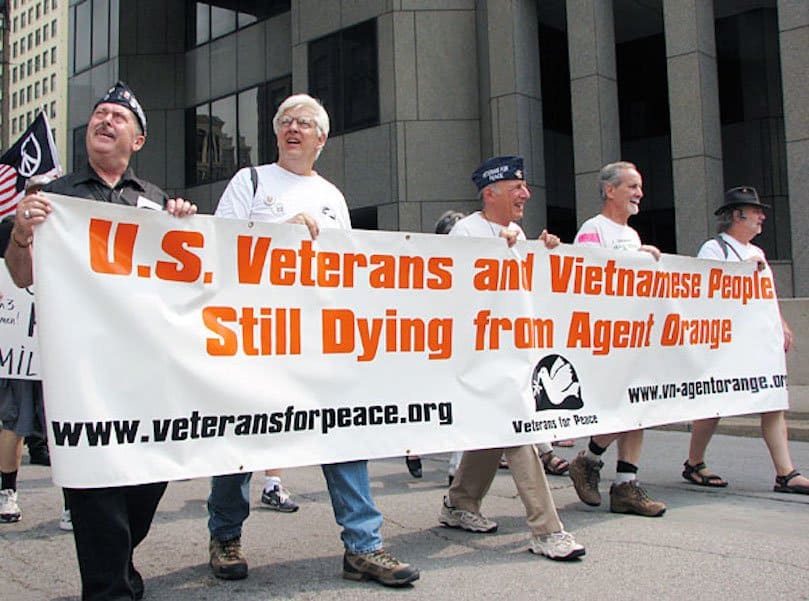 The powerpoint presentation below was put together by Dr. Jean Grassman and Dr. Daniel Robie on Agent Orange.  They’re both members of the Science/Public Health Committee of the Vietnam Agent Orange Relief and Responsibility Campaign and went on our Science delegation to Vietnam about three years ago. This presentation was given at York College.  Both are professors at the City University of New York. Dan teaches chemistry and Jean teaches environmental health science. 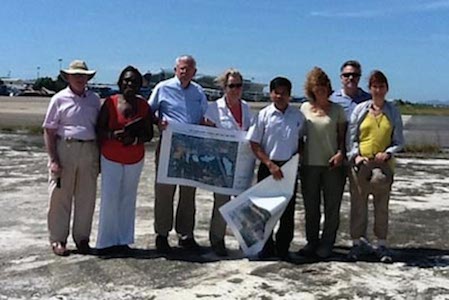 About Dr. Jean Grassman and Dr. Daniel Robie
Jean Grassman is an Associate Professor at the City University of New York where she does research and teaches occupational and environmental health to undergraduate, Master’s and Doctoral students.  She is on the faculty Brooklyn College, the CUNY School of Public Health at Hunter College (SPH), and the CUNY Doctoral Program in Earth and Environmental Sciences.  She coordinates the Environmental and Occupational Health Doctoral Program at the SPH. Prior to coming to CUNY, she worked within the Molecular Epidemiology Program at NIEHS and the Environmental Science Program at Columbia University.  In 1994, Grassman was selected as an AAAS Science and Engineering Fellow and served within the EPA in Washington, DC.

Her research investigates the effect of dioxins and other persistent organic pollutants on human populations in both environmental and occupational settings.  Her current activities include investigating the impact of PBDE’s on human cells and an ongoing study of the impact of dioxin exposure in Russian firefighters.

Grassman chairs the Environmental Health and Safety Committee of the Professional Staff Congress, the CUNY faculty and staff labor union.  In addition, she serves on the Board of Directors for the New York Committee on Occupational Safety and Health (NYCOSH) and for Capracare, a Haiti based community health education organization.

Daniel Robie is an Assistant Professor at York College, a unit of the City University of New York (CUNY), where he does research and teaches physical, analytical, and inorganic chemistry.

His research is primarily concerned with laser-based methods of studying gas phase molecular reaction dynamics.  For the last period, he has concentrated on developing cavity ring-down spectroscopy, a very sensitive laser-based method, for applications in this area.

Robie attended Reed College in Portland, Oregon, where he received a bachelor’s degree in chemistry in 1975.  Subsequently he received a doctorate in chemistry at the University of Illinois at Chicago in 1987, with a thesis on the O(3P)+HD reaction.  He then spent two years at the Molecular Physics Laboratory of SRI International studying vibrational excitation in hydrogen, and three years at the Center for the Study of Fast Transient Processes at the University of Southern California, working on nitrogen dioxide dissociation.  In 1992 he accepted an appointment in the Chemistry Department at Barnard College, Columbia University, in New York City.  After nine years there, he moved to York College, CUNY.

Robie has belonged to the staff and faculty union of CUNY, the Professional Staff Congress (PSC), since 2001.  For three years, he served on the executive committee of the York College chapter of the PSC, and as an alternate delegate on the Delegate Assembly of the PSC.