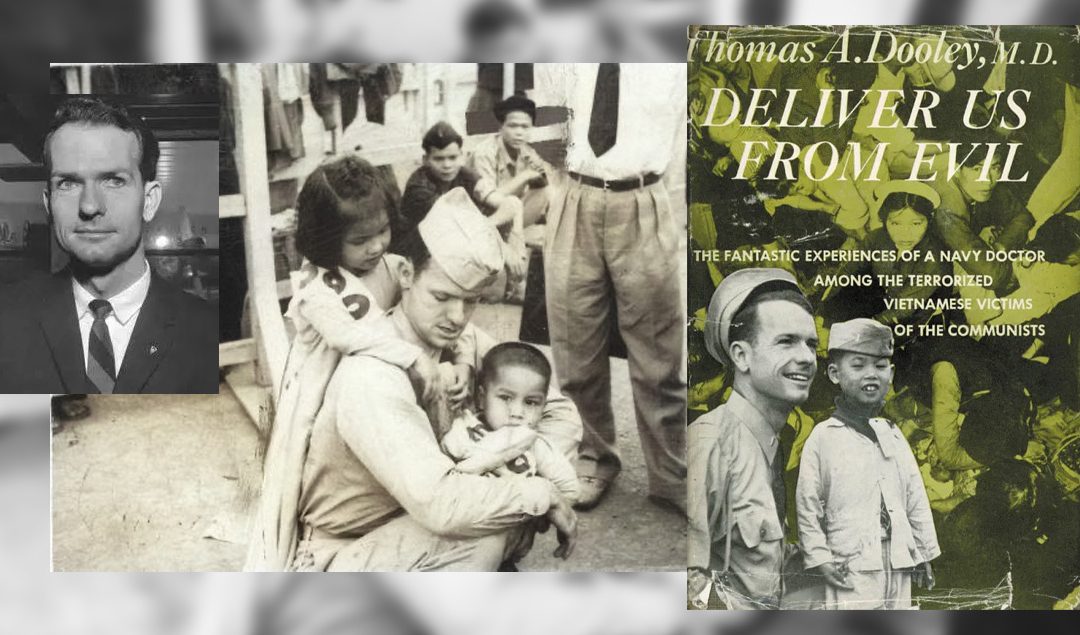 How the Dulles brothers, the CIA and the U.S. Navy conspired to turn a decent man into a deceitful spreader of disinformation in support of the Vietnam War

by James Bradley at CovertAction Magazine

The Geneva Accords drew a temporary line across Vietnam at the 17th parallel, which Washington later imagined to be an international boundary. [Source: imgbn.com]

The 1956 Geneva Accords drew a temporary line at Vietnam’s 17th parallel to allow combatants from either side to relocate. Within two years, there was to be an election to decide the fate of one country, Vietnam. President Eisenhower fretted that the popular Hồ Chí Minh, a national hero for ousting the French, would surely win the election. So the United States ignored the Geneva Accords and created an us-versus-them Cold War construct of a “free” South Vietnam versus a “Communist” North Vietnam.

The Dulles brothers, Allen and John Foster, were at the height of their power, having just overthrown the governments of Iran and Guatemala. Now they hoped to work their magic on a poor little country in Southeast Asia. Using the compliant “Operation Mockingbird” U.S. media, the brothers running the CIA and the State Department invented a “good” South Vietnam and a “bad” North Vietnam. The good South Vietnam was ruled by a devout Catholic who promised he would be a democrat. The bad North Vietnam was an unspeakable communist place, which rubbed shoulders with Mao Zedong and Nikita Khrushchev.

The American public became mesmerized by this good versus bad story when a blockbuster book appeared in 1956 by a telegenic young graduate of the University of Notre Dame. Following a Moses-leading-the-Israelites-to-deliverance storyline, the book told the heart-tugging story of how the valiant U.S. Navy rescued Catholic Vietnamese from bad North Vietnam and evacuated them to the Catholic-ruled good South Vietnam.

The author/front man for this propaganda was a U.S. Navy doctor who graduated from the St. Louis University medical school named Thomas A. Dooley III. Dooley’s best-selling collection of Cold War propaganda was entitled: Deliver Us From Evil: The Fantastic Experiences of a Navy Doctor Among Terrorized Vietnamese Victims of the Communists.

Dooley became a media star and soon the third most admired man in the U.S. after the Pope and the President. To millions of Americans, Dooley was “Dr. America,” a medical do-gooder out to save Asians from themselves.

Read the rest at CovertAction Magazine