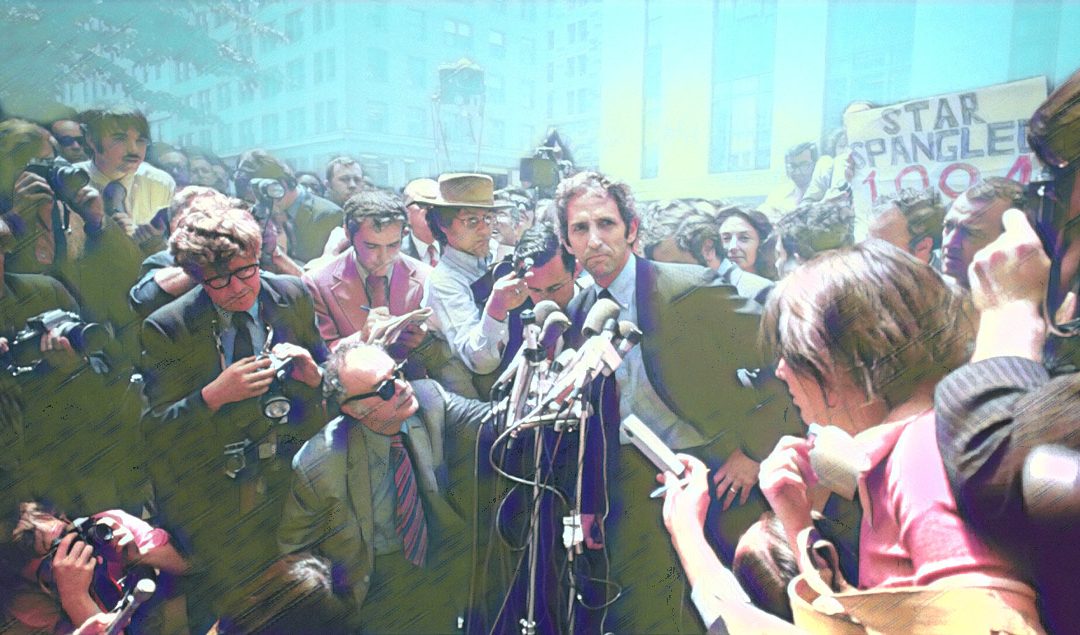 by Christian Appy at theconversation.com

When Richard Nixon picked up the Sunday New York Times on June 13, 1971, he must have lingered on the smiling image of himself escorting Tricia – his “ethereal blond daughter,” as the paper described her – to her wedding in the White House’s Rose Garden. He was thrilled with the coverage.

Then, to the right of the front-page photograph, was a story titled “Vietnam Archive: Pentagon Study Traces 3 Decades of Growing U.S. Involvement” – not exactly an electrifying headline.

That “archive” soon became known as the Pentagon Papers – 7,000 pages of top-secret documents that exposed more than two decades of war-related deceit by four presidential administrations. A major scoop, indeed, but the public might have found it as yawn-worthy as the headline. Later that day, when Defense Secretary Melvin Laird appeared on “Face the Nation,” he didn’t get a single question about it. New York Times reporter Harrison Salisbury’s first thought: “My God, the story is a bust.”

But over the days and weeks ahead, the White House whipped itself into a frenzy of outrage and paranoia over the press and the “treasonous” leaker who released the classified documents: Daniel Ellsberg.

Ellsberg’s significance, in 1971 and now, 50 years later, might have been a lot less had Nixon ignored the Pentagon Papers.

After all, even before they were published most Americans had already turned decisively against the Vietnam War. One poll, a month earlier, showed that 71% of Americans believed it had been a mistake, and a remarkable 58% thought it immoral. For many people, the Pentagon Papers simply confirmed, in vast detail, a history of treachery they had long discerned or imagined.

The Pentagon Papers might have slipped as quietly from the news as the 2019 exposure of the Afghanistan Papers, which, like their predecessors, revealed that U.S. officials were privately pessimistic about that war even as they told the public and Congress that it was essential and successful.

Instead, Nixon ordered a punitive attack on both the press and Ellsberg – a massive overreaction that kept the Pentagon Papers in the news for two years. More than that, Nixon’s crimes against Ellsberg led directly to the Watergate scandal and the downfall of his presidency.

From Cold Warrior to proponent of peace

Today, many people still know Ellsberg as a famous whistleblower. Yet the details of his story have faded, and many remain unknown, although Ellsberg himself, at 90, remains remarkably sharp and politically engaged.

A series of events sponsored by the University of Massachusetts, Amherst, where I teach history, and The GroundTruth Project, a nonprofit, grassroots news organization, is focusing new attention on Ellsberg’s life and legacy: a yearlong seminar, the creation of a website, a five-part series of podcasts, and a two-day online conference. All were inspired by UMass’ recent acquisition of Ellsberg’s papers – a treasure trove of some 500 boxes of materials.

Read the rest at theconversation.com