Entering the Aura of the Dead, The Wall by Michael Uhl 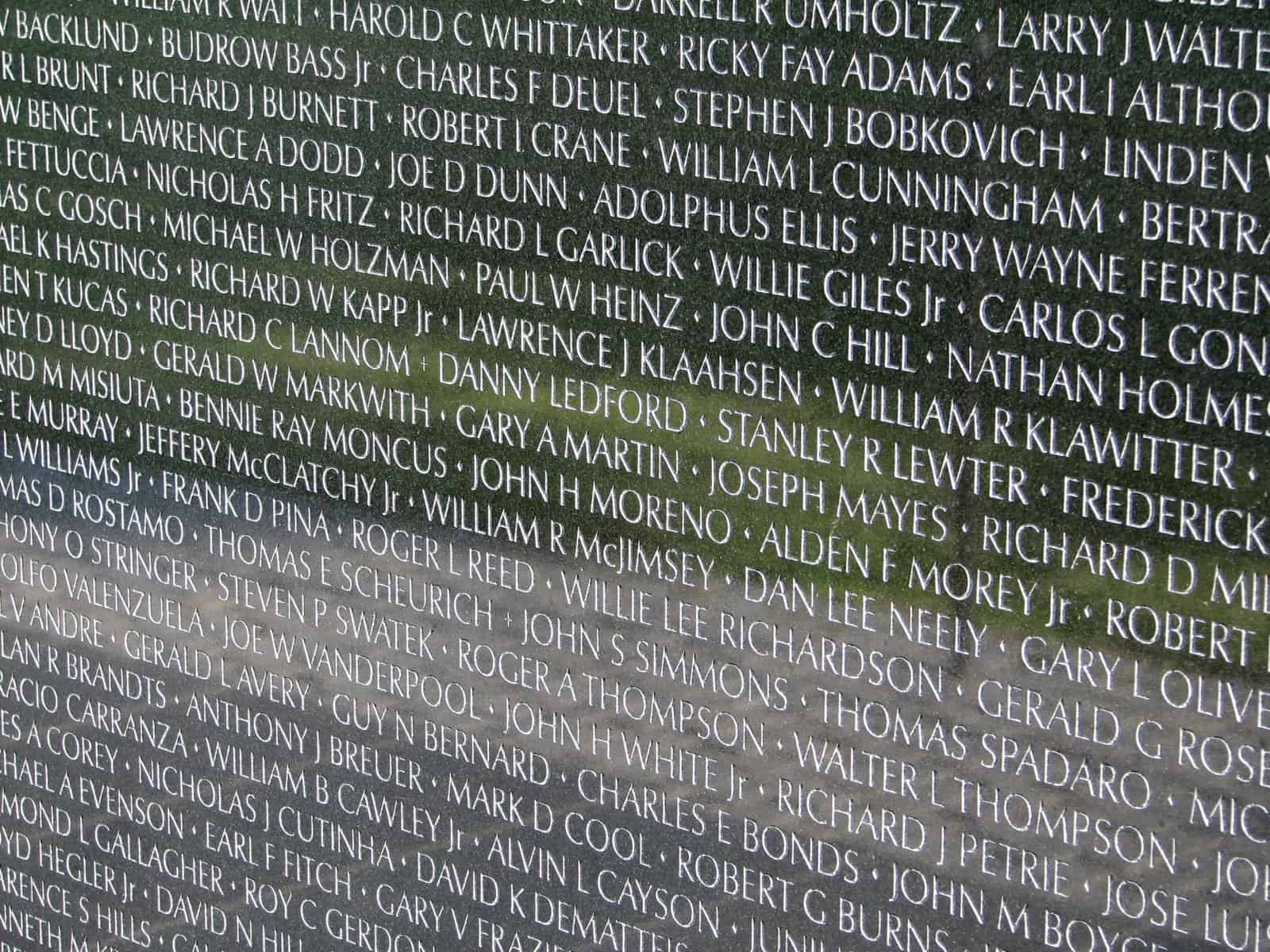 This letter originally appeared as part of our Memorial Day Event: Letters In Support Of Vietnam Full Disclosure and has also been published at counterpunch.org.
Entering the Aura of the Dead

I knew two of the men whose names are engraved on the Vietnam Veteran Memorial. The first, Artie Klippen, I saw a lot of that season in ‘63 when we both played Lacrosse at Georgetown. We had one of those anarchic undergraduate arrangements where we briefly shared a car, a beat-up old Chevy with the gear shift on the steering column. Compared to so many guys at that age who are callow and two-faced, Artie was a straight-up, warm and friendly guy, qualities that make him continue to stand out in my memory, even though we never got to know each other well. After that year, I seldom saw Artie again. I had been in Brazil all of ‘64, but came back with too few credits to graduate with my class in ‘65, the year Artie did. Having completed ROTC, Artie got his lieutenant’s butter bar along with his sheepskin. I was still at Georgetown, having stuck around an extra year in ROTC myself to avoid the draft, when I heard Artie had bought it in Nam as a platoon leader with a leg unit.

I read somewhere that the odds to survive a tour in Nam were a thousand to one. On average. The life expectancy for a grunt LT like Artie was averaged against that of a chaplain’s assistant in the rear, a two-star general well behind the wire in his air conditioned trailer, a spoon in the mess hall who hugged an M-16 at night in a bunker to guard the perimeter, or a spook like me patrolling in harm’s way by day, but generally secure overnight in a base camp. So Artie already faced poorer odds compared to most of us. But a soldier’s superstition held that, no matter where you found yourself in Nam, if there was a bullet in Hanoi with your name on it, you weren’t coming home. We called that blind luck, and Artie didn’t have it.

I don’t recall how Artie died exactly. It might have been a bullet; more likely a booby trap. Out on patrol where you stepped, and where you didn’t, made all the difference. But given the routinely barbarous acts American GIs perpetrated on innocent Vietnamese civilians, I feel confident that Artie made his unit play by the rules of engagement to whatever degree that was even possible in a peoples’ war. He would not have been gung ho or reckless. Artie would have put a premium on the welfare of his men, even as he had the moxie to lead them in a deadly encounter. And if I were to learn Artie died bravely to ensure someone else might live, that would be consistent with the character of the man I knew. Even in an evil war like Vietnam, I want to believe a man like Artie Klippen could be a hero.

The other young man I knew whose name is on the Wall, wasn’t even close to being a hero. But he was a tragic loss, and just as chosen by misfortune as anyone else whose name is inscribed there. I believe that Stanley Reed was not yet twenty when he died, right in line with the ‘nineteen year, ten month average age of all American soldiers who served in Vietnam. Stanley was average in other ways too, I guess. An average smart ass, authority-allergic American teenage white boy, likely from a blue collar background in which a college deferment was not an option, and who enlisted for four years to avoid being drafted into the infantry for two. The Army trained Stanley to be an interrogator.

When I took command of the 1st Military Intelligence Team of the 11thInfantry Brigade, Stanley was already there in the interrogation unit. I had been trained as an infantry officer at Ft. Benning, then in a school for spooks in a compound near the Baltimore harbor. In the MI team, I ran the counter-intelligence unit, while interrogation was under the supervision of another lieutenant junior to me. The interrogation center was off site from our compound, so I seldom dealt directly with the interrogators, except after hours when all the team members filled our little club to drink beer over cards or ping pong.

I recall getting a whiff of Stanley’s attitude a couple of times when he attempted to bait me in some childish test over authority. It was irritating, and I probably put him in his place. But I didn’t spend a lot of time defending my military dignity. I detested the Army. Moreover I did not relish being officer-in-charge of anything, much less a team of fourteen American intelligence agents and as many South Vietnamese Army interpreters. In my mind I wasn’t supposed to end up anywhere near the Infantry. It was a fluke. Like Stanley, I had joined something bad to avoid something worse. But here we both were anyway on LZ Bronco with the 11th Infantry.

My section, CI, was out in the bush a lot, working the fringes of the Phoenix Program. But the interrogators had no business going on patrol. Stanley got restless I suppose. Said he didn’t want to go home without having some small taste of the field. When the squad came back at dusk, I got the news. They’d made contact. In the fray, Stanley had been wounded, maybe a rocket from one of our own gunships, friendly fire. After a few days a couple of us flew down from Duc Pho to Qui Nhon to visit him at the evacuation hospital. The damage to some internal organs was serious, but he was expected to recover. Stanley was in good spirits, and he and I actually made real contact. I look back on that moment as redemptive. Two weeks later, the land line buzzed in my office tent when my colossal asshole lifer boss up at Division called to tell me Stanley was dead.

That night Charlie pounded us relentlessly with mortars and rockets. The team huddled in the bunker to escape the shrapnel. Otherwise we were well protected from anything but a stray round, since the enemy’s main target was the landing strip to our front. The news of Stanley’s death had cast a spell of fatalism over all of us. No one felt safe that night. No one talked. No one played cards. Each individual was preoccupied with his private grief, his private thoughts. Who next among us might be disgraced by fortune? If Stanley could buy it, than why not me?

We who served in Vietnam and came home, stand before our Wall as survivors, and we are drawn inescapably into the world of our comrade spirits. Entering the aura of the dead, our faces melt in tears. It is not strange or exceptional to witness two aging men hugging each other, sobbing, shamelessly, inconsolably. They are still grieving the fate of a fallen brother, reliving the horrors of their war, crushed by the heaviness of the wound of survival they will carry to their graves. Me too. I have seldom wept as powerfully, as involuntarily, as profoundly intimately, exposing my most deeply buried existential sadness, as when I have stood before the Wall. In one sense, that’s what it means to have beaten the odds.

Michael Uhl is the author of  Vietnam Awakening.