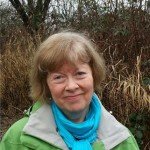 Charlotte Lacey, the only Delaware County native and the youngest member of the the peace group, The East Coast Conspiracy to Save Lives, passed away on January 5th in Vancouver, Canada.  Charlotte was 18 years old when on one night in 1970 she along with 10 nuns, priests and young people simultaneously burglarized three of the four Philadelphia  draft boards destroying the files of those young men about to be involuntarily sent to Vietnam to kill and be killed. The group also burglarized the lobbying offices of GE in Washington. The GE documents taken exposed the collusion between Congress and GE, the second largest war contractor at the time.

Charlotte, at that young age, had not only the strong moral compass to see that the Vietnam war was wrong but she had the courage to put her liberty and maybe her life on the line in her effort to stop that war.  The 11 members of the Conspiracy to Save Lives published their names with a photo taking responsibility for this non-violent resistance to the war, the draft and the military-industrial complex. Charlotte was a very special loving  person who lived the rest of her life in Canada.  Delaware County and all peace loving Americans should be very proud to have had her as their courageous daughter. 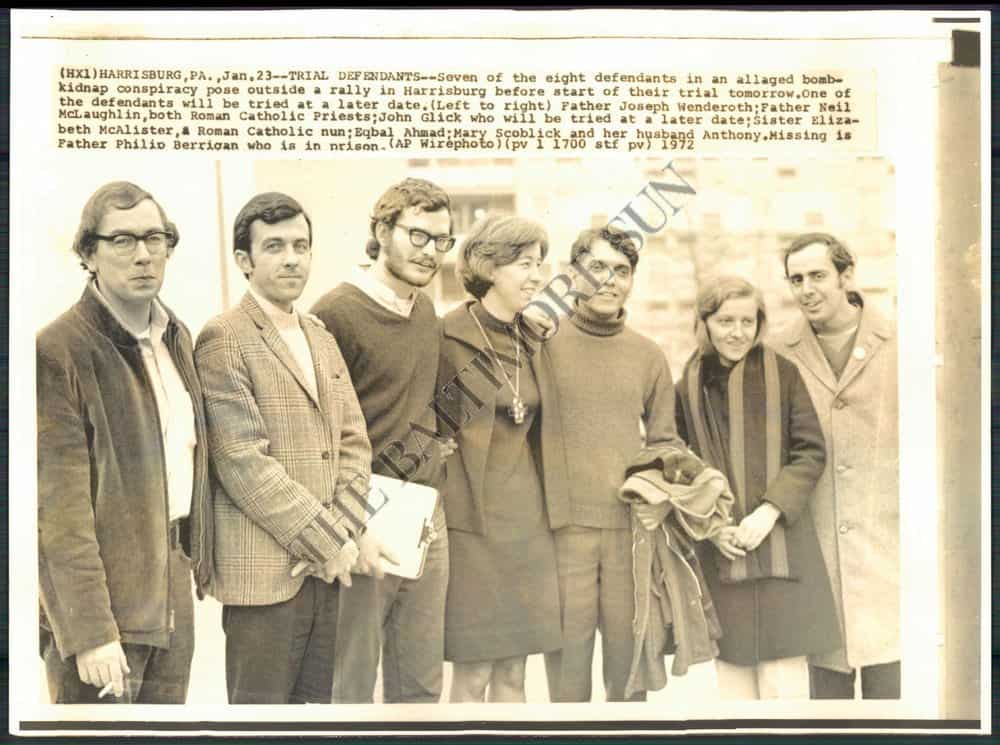 EAST COAST CONSPIRACY TO SAVE LIVES

We have destroyed draft files, pieces of paper, because those pieces of paper mean slavery and possible death for young Americans and certain death for Vietnamese and other non–white people of the Third World. The draft is an instrument of murder and as such it must be stopped. It is no accident that the boards we have acted against are inner city boards. Blacks, poor whites, and working class whites – those society treats the worst – are forced to do most of the fighting and dying in America’s wars, since American racism destroys their free choice. This racism fosters a type of frustration which is at the root of our deteriorating society. We specifically reject the racism that sends its victims in highly disproportionate numbers onto the front lines of battle. If they return to the U.S., they find themselves oppressed by the same racist society which sent them to war. The fight for freedom is at home, not overseas.

We have destroyed General Electric files because G.E. is the second largest war contractor in the United States because G.E . exploits its workers both at home and overseas, and because we wish to point out the collusion between the military system, giant corporations and government. The three are inseparably wedded to one another.

As the American people continue to pay taxes to the government, that money subsidizes giant corporations, mainly in the form of war contracts. The Selective Service System and the military are used to protect an expansionist economic system which obtains growth and control at the expense of human lives. At the same time, the Selective Service System channels young men, through the use of deferments and the threat of being inducted if a deferment is lost, into present-day American society as cogs in a vast inhuman machine,

We have acted against General Electric because we feel a responsibility, as victims of a system which places profit above life, to confront institutions of death. The butchery these institutions perpetrate on ourselves acid our brothers in the name of patriotism is abhorrent to men of conscience,

We have acted taking care that no individual was hurt by our actions. We believe in the use of tactics which do not heighten the fear and distrust which are so much a part of the present ugly way of life in America. We are committed to a non-violent revolution against injustice. This means a non-violence of effective and continuing disruption of the machine of death and oppression in America. This means a disruption which destroys certain property when that property is used to destroy men, women, and children. As the Catonsville 9 said, ” Some property has no right to exist, Hitler’s gas ovens, Stalin’s concentration camps, atomic­bacteriological-chemical weapons, files of conscription and slum properties have no right to exist.”

We are a group of priests, nuns, students, teachers, and former students. We wish to confront by our actions those institutions with which we are affiliated -church and education – and to force them to decide whether or not they will continue to serve the needs of American power or begin to serve the needs of man.

We have acted at the same time that three major political trials are going on in the United States: The conspiracy 7 Trail, the DoC0-9 Trail, and the New York 21 Trail. We express our solidarity with those three groups, as well as with the Black Panther Party, those who have acted against draft boards prior to us, and other victims of government repression. We believe that the best defense against repression is a continuation of actions similar to ours and a rapid growth in the movement seeking an end to racism, militarism and capitalistic imperialism. With the Beaver 55 we say “These actions must continue; the spirit of the people will not be overcome.”

EAST COAST CONSPIRACY TO SAVE LIVES

SUSAN CORDES, 0.P,, 32, member of the Dominican Sisters of Grand Rapids, Michigan. Has taught in secondary schools in Michigan, Presently a director of the St. Joseph Adult Education Program in Saginan, Michigan.

Today, February 6, 1970, out of love for our fellow man, we have entered draft boards in Philadelphia, Pennsylvania and have destroyed draft files. We have done this as an act of resistance to the War in Vietnam but also as an act of resistance to the machine of death and oppression that oper­ates in the country. Put more simply, we have taken this action because of our concern for human life.

In the near future at an appropriate time we will reveal our identity to the American people. We will do so with feelings of hope, trust and faith that they will come to understand, approve of and continue these acts of non-violent disruption of the death system.

Today we have entered G. E. offices in Washington, D .C. and have liberated and destroyed files of the G.E. corporation. We are the same group of people who last night destroyed draft files in Philadelphia, Pa. We have taken this action to disrupt the functioning of the machine of death and oppression – draft files which conscript men to kill and the files of G.E., the nation’s second leading producer of armaments for the U.S. government. We want to say by our actions that we will not tolerate the destruction of human life, and that we are willing to accept responsibility for the lives of our brothers. In doing so we find joy, meaning, and a way to express our love for our fellow man which responds to the urgency of today’s situation.

With the D.C.-9, who are currently on trail in Washington, with whom we express solidarity, “We urge all to join us as we say ‘no’ to this madness.”