The Boys Who Said No! – Gala Online Film Launch 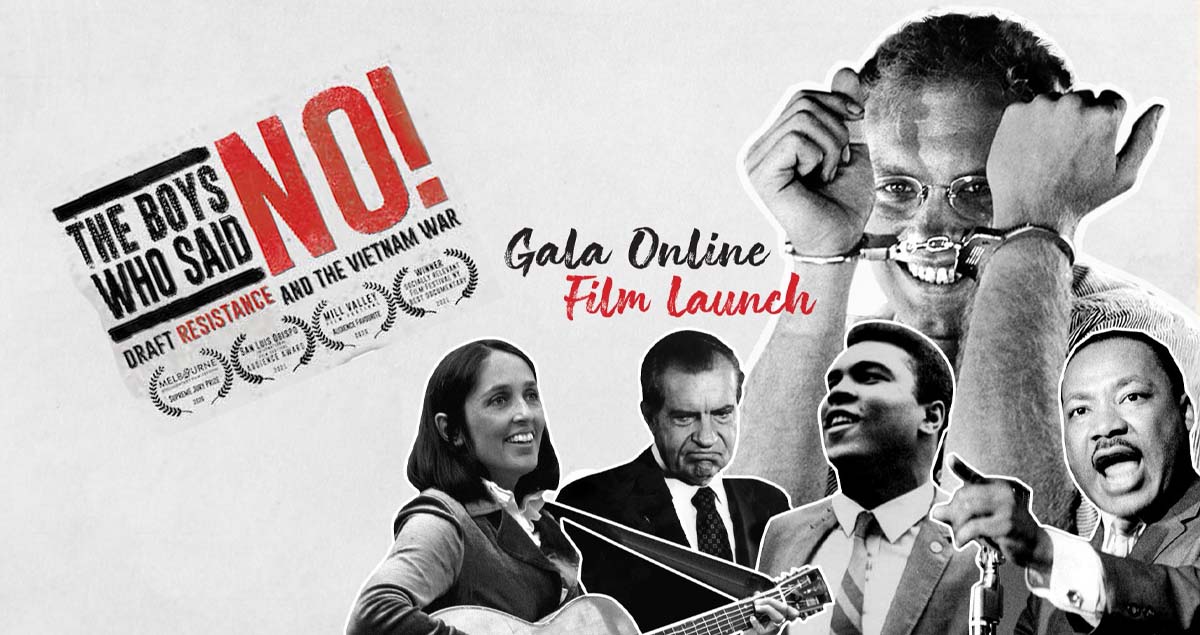 Your ticket and donation support our distribution campaign.
https://watch.showandtell.film/watch/boyswhosaidno

ABOUT THE FILM
One of the largest and most effective youth-led nonviolent resistance movements in American history grew in opposition to the war in Vietnam.

Inspired by Black America’s crusade for civil rights, hundreds of thousands of young men openly refused to be drafted to fight a tragic war they considered unjust. Several thousand served time in federal prison for their resistance. Their individual acts of courage inspired a mass movement that ended the draft and helped end the war.

Directed by Oscar-nominated filmmaker Judith Ehrlich, The Boys Who Said NO! captures for the first time the story and impact of the historic draft resistance movement, inspiration for social movements today.

REVIEWS
“An ode to the power of activism.” – San Francisco Chronicle

“A stand out film . . . Fascinating because it is a movement from the beginning to end offering lessons learnt to future fighters for justice.” – Annie McLoughlin, Showreel

“Shows how bravery and courage are contagious. It’s when one steps out of the pages of history that people can pave a way for real change. The Boys Who Said NO! is not to be missed.” – Joel Kalkopf, Switch