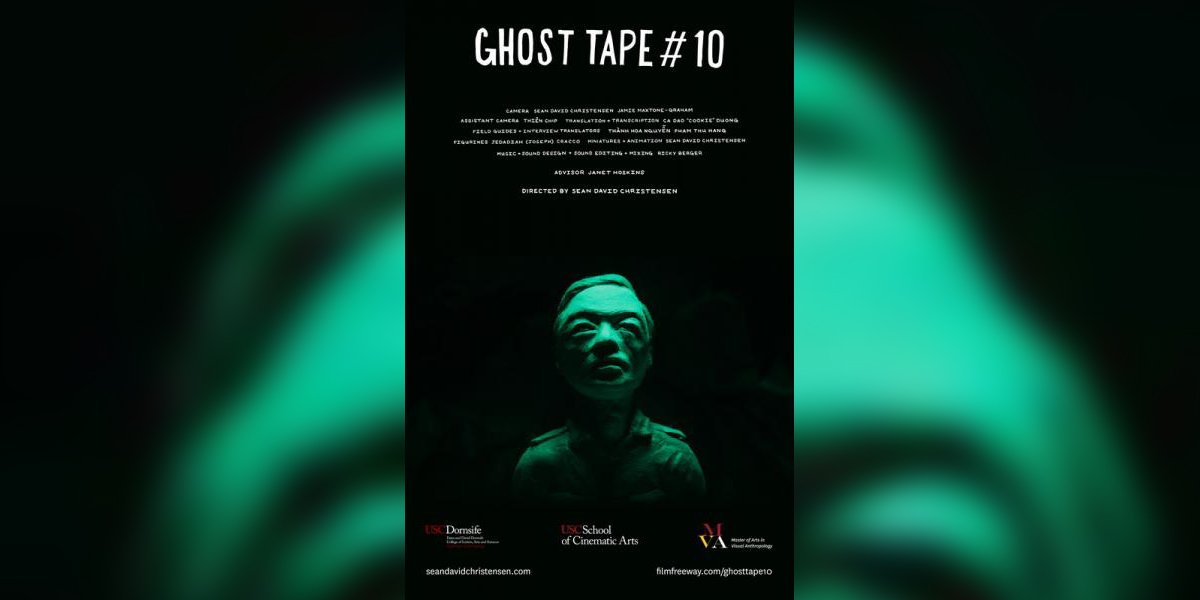 At this CSEAS Lecture Series, we will screen the film “Ghost Tape #10,” which will follow with a Q&A with the Director Sean David Christensen.

Free and open to the public. Please register at http://bit.ly/38nadB7

Created by the U.S. Army during the American War in Viet Nam, Ghost Tape #10 was one of many audiotapes engineered to psychologically intimidate and demoralize the North Vietnamese Army through its depiction of the Buddhist afterlife. By re-examining this weaponization of religious belief, reflections on this artifact of American propaganda lead to meditations on relationships between the living and the dead, asking what truths, if any, still echo within this recording.

Sean David Christensen (b. 1985) is a visual artist who works in music & film. His work has been featured at the Hammer Museum, San Francisco International Film Festival, Austin Film Festival & Pictoplasma Berlin. His films have screened at the Angelika Film Center, Phoenix Art Museum & the Musée des beaux-arts in Montréal. His artwork has been presented on Rolling Stone, and his experimental documentary The Duel, based on a true story by actress Lili Taylor, was named a Vimeo Staff Pick in 2018. Amy R. Handler of Moving Pictures has described his filmmaking as, “Brilliant…fragile & hypnotic,” and Sundance Award-winning director Jay Rosenblatt has described Christensen’s short films as, “Evocative…they do what many short films fail to do, make you wish they were longer.” Christensen is a graduate of the Center for Visual Anthropology at the University of Southern California and lives & works in Los Angeles.