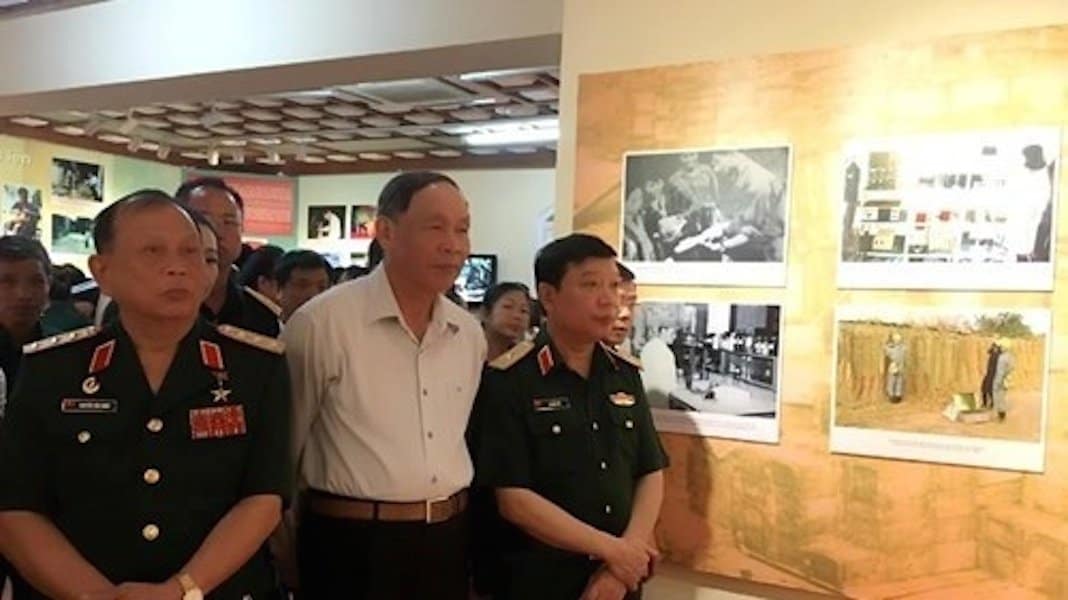 This article originally appeared at www.dtinews.vn

An exhibition themed ‘Agent Orange (AO) – Sense and Justice’ opened at the Vietnam Military History Museum on August 3, as a part of activities to commemorate the 55th anniversary of the Agent Orange (AO)/dioxin catastrophe in Vietnam (August 10, 1961-2016).

The event was co-organised by the Vietnam Military History Museum, the Vietnam Association for Victims of Agent Orange/dioxin, the Chemical Arm and the Military Library under Vietnamese People’s Army.

Addressing the opening ceremony, Senior Lieutenant-General Nguyen Van Rinh said that the exhibition aims to raise local people and foreigners’ awareness of the impacts Agent Orange has had on the environment and people in Vietnam, calling for social support for victims’ struggle for justice, as well as their fight against pain and difficulties.

The event displays 400 photos and artifacts related to the use of AO/dioxin by the US army and its harm to Vietnam‘s environment and people. It also features the activities of the Vietnam Association of Victims of Agent Orange/dioxin (VAVA) and the settlement of dioxin residues in Vietnam.

Through photos on display, visitors can witness and empathise with the struggles of AO victims, hopefully prompting some take practical measures that will help alleviate the suffering of those affected.

In addition, the exhibition is also showcasing books, science projects and articles by domestic and international authors on AO/dioxin, which offer visitor more information about the Agent Orange (AO)/dioxin catastrophe in Vietnam.