Film Review: ‘Paying the Price for Peace’ Tells an Epic Story of Courage and Commitment 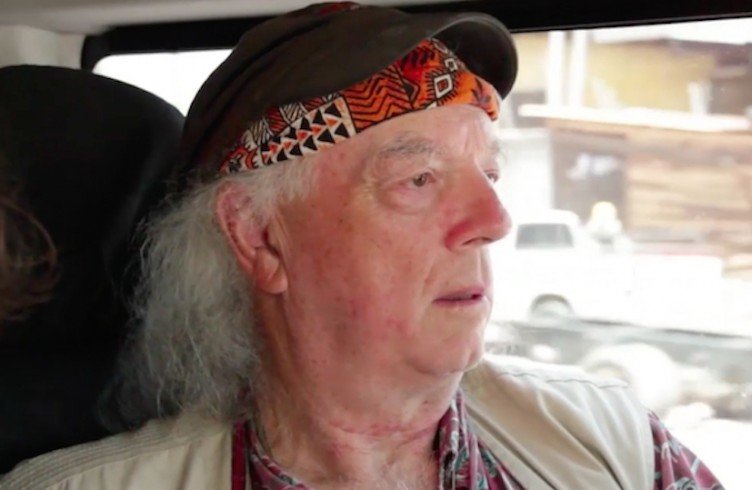 This review originally appeared at TruthDig.com.

He graduated valedictorian, all-state athlete, student council member. He was a conservative Baptist Republican living in upstate New York, son of a Bircher father who happened to be a bigot.

“I did everything right, and it was all wrong,” laments peace activist S. Brian Willson in the inspirational new bio-documentary, “Paying the Price for Peace,” which premiered Wednesday at the Ahrya Fine Arts theater in Beverly Hills.

Fifty years ago, a few months into his tour in Vietnam, Willson was asked to reconnoiter bombing sites that had been pounded by U.S.-backed South Vietnamese forces hours before. What he discovered were the charred remains of a fishing village; no weapons, only the dead and dying, mostly women and children. One woman in particular, staring at him through the lidless eyes of a napalm-ravaged face while clutching her three disfigured children, touched him in a way that changed his life. “We are not worth more. They are not worth less,” he concluded.

Honorably discharged, Willson dedicated the 1970s to anti-war efforts, and in the ’80s zeroed in on Reagan’s illegal wars in Central America. In 1986, he joined Medal of Honor winner Charles Liteky, World War II veteran Duncan Murphy, and Vietnam vet George Mizo in a hunger strike that lasted roughly 40 days. Their effort to persuade Congress to cut off funding to the Contras made headlines and landed them on “The Phil Donahue Show,” even though the war continued.

A year later, the same group gathered at Concord Naval Weapons Station, an arms supplier to the Contras, outside San Diego. The only route connecting the station to the nearby port was a railroad track, where peaceful protesters routinely tried to block the trains. One day, a train approached faster than usual, scrambling the protesters. Willson was struck. “I saw his leg with his boot fly off,” recalls Holley Rauen, his wife of only 10 days at the time. “And listening to my son screaming, ‘They killed my dad!’ ”

Willson didn’t die that day, but he lost both his legs. Even so, he was back at the protest only a few weeks later, wearing a pair of prosthetics.

In the movie, the moment plays with true horror, skillfully conjured by veteran PBS director Bo Boudart and his editor, Susan Utell. Early on, there are hints that the railroad tracks will play a crucial role in the story, though the point isn’t belabored, as is so often the case in cable TV docs. But as compelling as “Paying the Price for Peace” is, it seldom transcends the limits of the small screen, which is not necessarily a bad thing. Working with modest means, all involved seem rightly content with telling an epic story in a modest fashion that reflects the values of its protagonist.

Following Willson’s accident, we learn from a deposition that the crew of the train was ordered to accelerate through the protesters. We are briefly given the details of a lawsuit via actor Peter Coyote’s rushed narrative, only to be jarringly introduced moments later to a new character and a new story.

Camilo Mejia is a fellow activist who, as a young immigrant from Nicaragua, enlisted to fight in Iraq, where he reached some of the same conclusions Willson did decades earlier in Vietnam. Mejia responded by going AWOL while on leave, and has since joined Willson and others in the anti-war movement.

In the final half-hour, “Paying the Price for Peace” jumps from activist to activist with a laundry list of grievances, ranging from the use of drones and Barack Obama’s lame response to civilian casualties, to environmental issues, to concerns highlighted by the Occupy movement. All are worthy causes, but they are crammed into the final 20 minutes like a suggested-reading list.

Along the way, Daniel Ellsberg considers the importance of whistleblowers and actor Martin Sheen weighs in on people power, but it is Phil Donahue who delivers one of the film’s most incisive observations: “It takes courage to dissent, too much courage. It shouldn’t take this much courage. Courage is what got us this right.”

As dramatic as it is informative, “Paying the Price for Peace” is indisputably a progressive polemic that will wind up preaching to the choir while going unnoticed by war hawks. But whatever your political bent, few can argue against the movie’s anti-war message.

Toward the film’s end, Willson is seen visiting the Vietnam Veterans Memorial in the rain. It’s a scene that has become a trope in modern war films, but here it is forgiven, mainly because a palpable compassion emanates throughout the film. As Willson looks at the 60,000 names etched in the gabbro, the moment escapes cliché as he points to the Washington Monument in the near distance. What if the memorial extended to there, he wonders. Then maybe it could allow for the names of the millions of Vietnamese and Laotians lost to the war.

“We are not worth more. They are not worth less,” is at the top of Willson’s website. Like any good slogan, his words are pithy and easy to remember. Only they’re not a slogan. They are words to live by, and Willson does.