The Forgotten Victims of Agent Orange 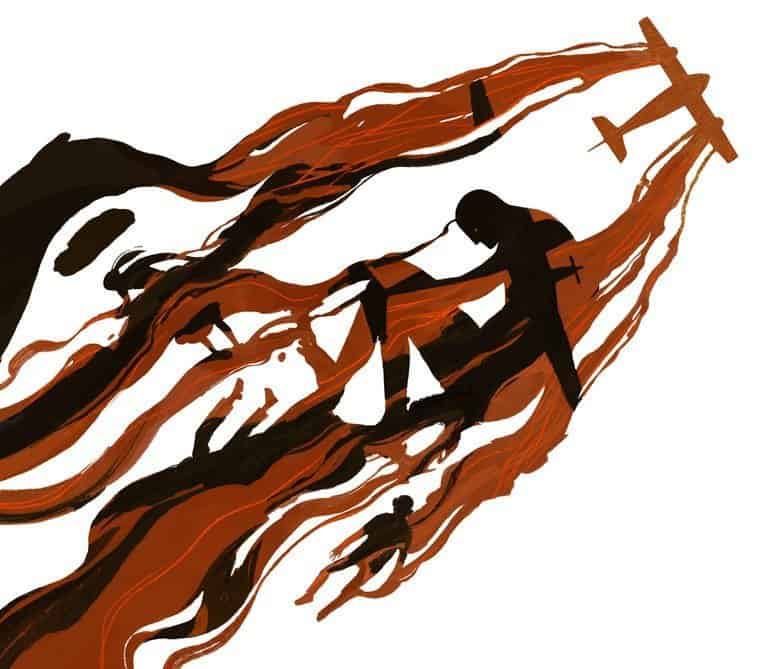 Phan Thanh Hung Duc, 20, lies immobile and silent, his midsection covered haphazardly by a white shirt with an ornate Cambodian temple design. His mouth is agape and his chest thrusts upward, his hands and feet locked in gnarled deformity. He appears to be frozen in agony. He is one of the thousands of Vietnamese victims of Agent Orange.

Pham Thi Phuong Khanh, 21, is another such patient. She quietly pulls a towel over her face as a visitor to the Peace Village ward in Tu Du Hospital in Ho Chi Minh City, starts to take a picture of her enlarged, hydrocephalic head. Like Mr. Hung Duc, Ms. Khanh is believed to be a victim of Operation Ranch Hand, the United States military’s effort during the Vietnam War to deprive the enemy of cover and food by spraying defoliants.

Perhaps Ms. Khanh does not want strangers to stare at her. Perhaps she feels ashamed. But if she does feel shame, why is it that those who should do not? 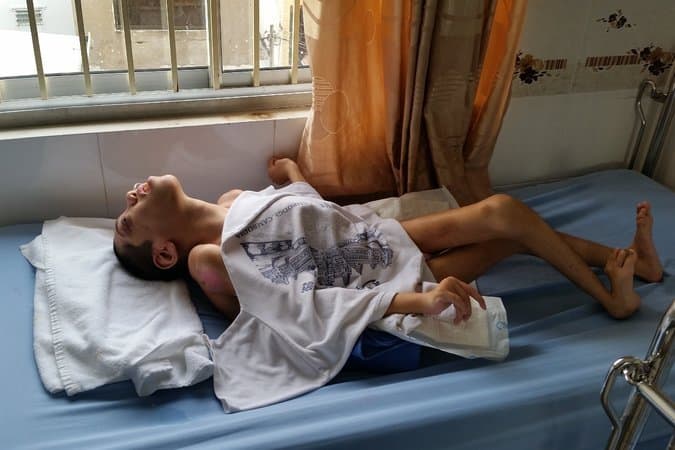 The history of Agent Orange and its effects on the Vietnamese people, as well as American soldiers, should shame Americans. Fifty years ago, in 1967, the United States sprayed 5.1 million gallons of herbicides with the toxic chemical dioxin across Vietnam, a single-year record for the decade-long campaign to defoliate the countryside. It was done without regard to dioxin’s effect on human beings or its virulent and long afterlife. Agent Orange was simply one of several herbicides used, but it has become the most infamous.

Chemical companies making Agent Orange opted for maximum return despite in-house memos that a safer product could be made for a slight reduction in profits. American soldiers were among the unintended victims of this decision: Unwarned, they used the empty 55-gallon drums for makeshift showers.

Over the years, there have been both American and Vietnamese plaintiffs in Agent Orange court cases in the United States. Possibly the only one that could be considered a victory for the plaintiffs was an out-of-court settlement of $180 million in the 1980s for about 50,000 American veterans. Many more never benefited from the case because their illnesses did not show up for years. 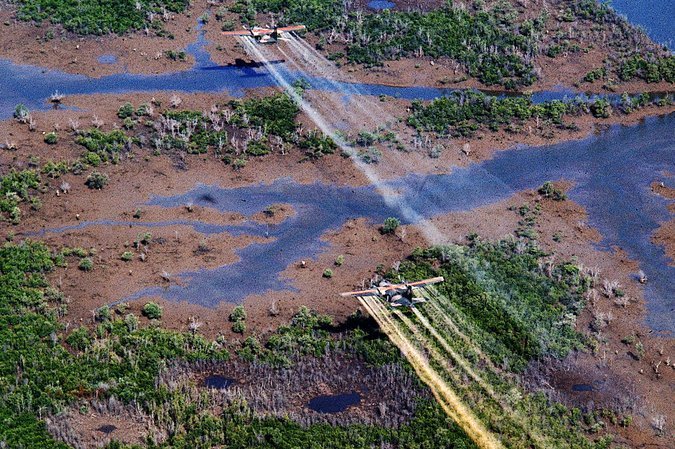 These American veterans have fought for decades to get medical treatment and compensation for birth defects and ailments presumed to be Agent Orange-related diseases. Records from Agent Orange lawsuits indicate that both the military and the chemical companies involved were well aware, early on, of the dangers of dioxin, so much so that our government terminated the program three years before the war’s end.

Our government has acknowledged some of its responsibility to its veterans. In 2010, Secretary of Veterans Affairs Eric K. Shinseki added three Agent Orange-related diseases to the V.A.’s compensation list, and Congress allocated $13.3 billion to cover the costs. An enterprising Senate aide slipped in $12 million for Agent Orange relief in Vietnam, only a small portion of which was for health. These disparities in funding are unconscionable, as is the American government’s illogical refusal to acknowledge that Agent Orange has caused the same damage to the Vietnamese as it has to Americans.

Pham Van Truc is another Vietnamese victim of Agent Orange. With his crippled, birdlike limbs and patches of scaly skin, he had as his only blessing, it seemed, exceptionally devoted parents who cared for him, night and day, all 20 years of his life and who were devastated when he died in March. His mother, Nguyen Thi May, 66, had pleaded for a solution to just one of Mr. Truc’s afflictions, such as testicles that had not descended or the attendant pain unrelieved by ineffective medicines.

In regards to cases like this, our government’s one concession to responsibility for the ravages of Agent Orange is environmental remediation. Over $100 million has been allocated to clean up the Da Nang airport, one of 28 “hot spots” for defoliant contamination in Vietnam.

By contrast, only $20 million has been allocated for victims.

The most common American bureaucratic excuse for this disparity is that a definitive connection between Agent Orange and the illnesses has not yet been made. But the evidence is overwhelming: Vietnamese soldiers, from both sides, with perfectly healthy children before going to fight, came home and sired offspring with deformities and horrific illnesses; villages repeatedly sprayed have exceptionally high birth-deformity rates; and our own Department of Veterans Affairs now lists 14 illnesses presumed to be related to Agent Orange.

The reason for official American reluctance is not lack of scientific evidence. The problem is the distance between American policy makers and the Vietnamese people. Vietnamese victims are too far removed from the American public, and too reminiscent of an unpopular war. Agent Orange victims are also among the most visually disturbing consequences of the Vietnam War. Few who look at photographer Philip Jones Griffiths’s powerful book of photographs “Agent Orange: ‘Collateral Damage’ in Vietnam” have the stomach to do so twice. It is easier to keep one’s distance, to not look at all.

The reason for American reluctance to look or act is not even about money, as one might suspect. A solution for the Vietnamese would cost what one congressional aide wryly referred to as “decimal dust,” or, by one estimate, $35 million a year for 10 years. Given a Vietnamese Red Cross estimate of three million victims, the amount of aid is approximately $12 a year per victim and a decade of help — merely one-fifth the time that has elapsed since Operation Ranch Hand reached its apex in 1967. Such funding would provide prostheses, wheelchairs and orthopedic surgery; speech therapy and rehabilitation; basic feeding, bathing and sleeping equipment; an enhanced case management system and medical staff training; and stipends to families providing full-time care.

That $350 million is an inconsequential amount compared to what it cost to produce, transport and deploy the herbicides in the first place. But the legacy of Agent Orange is not about science or economics. It’s about human decency. Americans created Agent Orange here in a laboratory, shipped it overseas and dumped it with abandon, where it continues to shatter thousands of people’s lives. Denying the reality of the need can only take an unacceptable toll here in the United States.