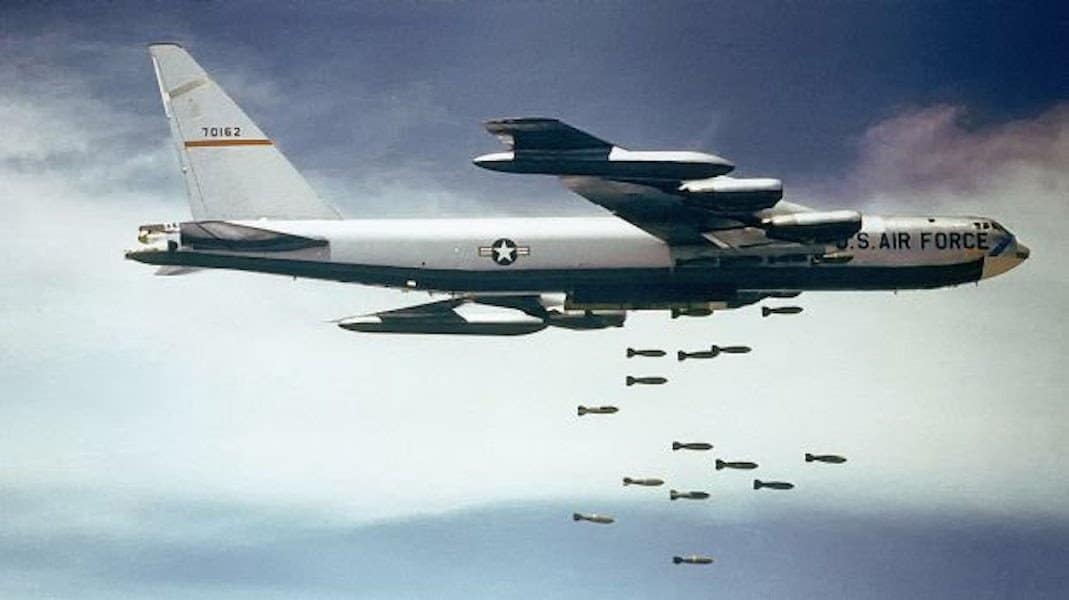 This article originally appeared at TheSidneyMorningHerald.com.au

Half a century after United States B-52 bombers dropped more than 500,000 tonnes of explosives on Cambodia’s countryside Washington wants the country to repay a $US500 million ($662 million) war debt.

The demand has prompted expressions of indignation and outrage from Cambodia’s capital, Phnom Penh.

Over 200 nights in 1973 alone, 257,456 tons of explosives fell in secret carpet-bombing sweeps – half as many as were dropped on Japan during the Second World War.

The pilots flew at such great heights they were incapable of discriminating between a Cambodian village and their targets, North Vietnamese supply lines – nicknamed the “Ho Chi Minh Trail.”

The bombs were of such massive tonnage they blew out eardrums of anyone standing within a 1-kilometre radius.

War correspondent James Pringle was two kilometres away from a B-52 strike near Cambodia’s border.

“It felt like the world was coming to an end,” he recalls.

According to one genocide researcher, up to 500,000 Cambodians were killed, many of them children. 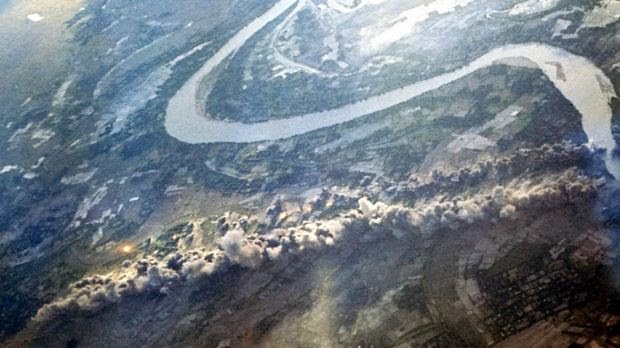 A string of bombs dropped by a US plane exploding across fields in Southeast Asia. Photo: Supplied

William Heidt, the US’s ambassador in Phnom Penh, said Cambodia’s failure to pay back the debt puts it in league with Sudan, Somalia and Zimbabwe.

“To me, Cambodia does not look like a country that should be in arrears…buildings coming up all over the city, foreign investment coming in, government revenue is rapidly rising,” Mr Heidt was quoted as saying by the Cambodia Daily. 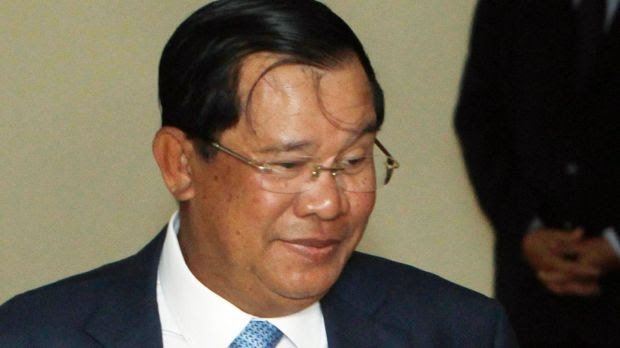 “I’m saying it is in Cambodia’s interest not to look to the past, but to look at how to solve this because it’s important to Cambodia’s future,” he said, adding that the US has never seriously considered cancelling the debt.

Cambodia’s strongman prime minister Hun Sen, a former Khmer Rouge commander who defected to Vietnam, hit back, saying “The US created problems in my country and is demanding money from me.” 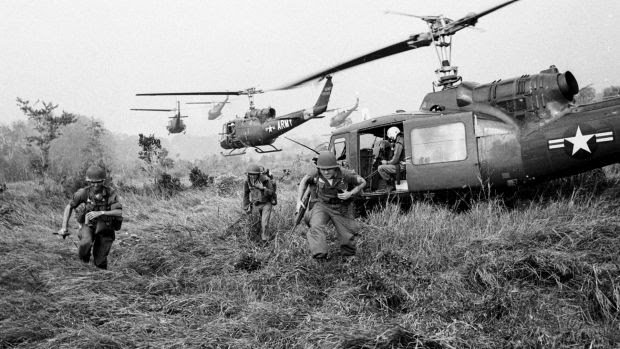 The massive bombing of Cambodia happened after the US had pulled out most of its troops from Vietnam. Photo: AP

“They dropped bombs on our heads and then ask up to repay. When we do not repay, they tell the IMF (International Monetary Fund) not to lend us money,” he told an international conference in early March.

“We should raise our voices to talk about the issue of the country that has invaded other (countries) and has killed children.”

Mr Pringle, a former Reuters bureau chief in Ho Chi Minh City, said no-one could call him a supporter of Hun Sen, who has ruled Cambodia with an iron-fist for three decades.

But he said on this matter he is “absolutely correct.”

“Cambodia does not owe a brass farthing to the US for help in destroying its people, its wild animals, its rice fields and forest cover,” he wrote in the Cambodia Daily.

American Elizabeth Becker, one of the few correspondents who witnessed the Khmer Rouge’s genocide, has also written that the US “owes Cambodia more in war debts that can be repaid in cash.”

Mr Hun Sen pointed out that craters still dot the Cambodian countryside and villagers are still unearthing bombs, forcing mass evacuations until they can be deactivated.

“There are a lot of grenades and bombs left. That’s why so often Cambodian children are killed, because they don’t know that they are unexploded ordnance,” he said.

“And who did it? It’s America’s bombs and grenades.”

A diplomat posted in Phnom Penh between 1971 and 1974 told Fairfax Media the food the US supplied Cambodia came from excess food stocks.

“I remember well that shipments of maize were made,” he said.

“Cambodians do not eat maize so it was fed to the animals.”

He pointed out that the US refused to normalise relations with Vietnam until it accepted to take on the US debt of the former southern regime.