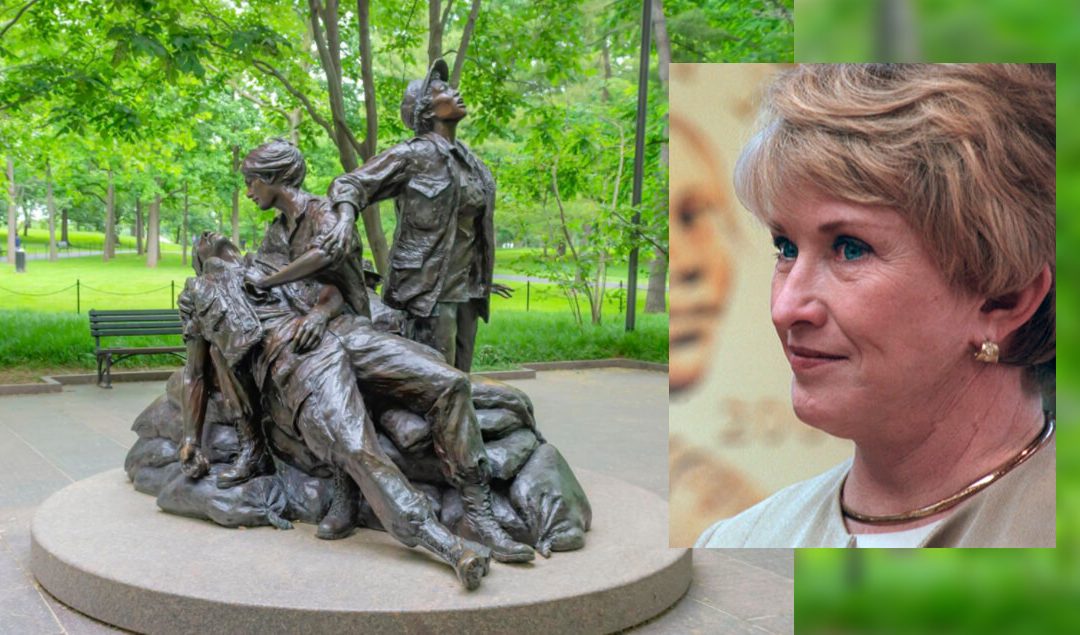 Almost every aspect of the war in Vietnam tingled with opposition. A battle to convince the powers that be in Washington, D.C., that women deserved to be honored for their own work in that conflict was no exception.

The idea was a simple one: something to honor the approximately 11,000 American military women, nearly all volunteers, who were stationed in Vietnam during the war and put their own lives on the line. But then nothing about the Vietnam conflict was simple. That idea turned into a 10-year crusade first waged by Diane Carlson Evans, a former captain in the Army Nurse Corps who was 21 when she was deployed to the war zone in August 1968.

“I thought this wouldn’t be difficult. Who would be against these women and all that they sacrificed? I quickly found out differently. There was this huge pushback, vicious and mean-spirited,” Evans says from her home in Helena, Montana. “What followed was a journey of unexpected bureaucratic obstacles, wrought with deep-seated sexism. But we didn’t give up. In the end, those wounded soldiers who had survived proved to be there for their sisters-in-arms, joining their fight for honor.”

Evans eventually reached out for help, forming the Vietnam Women’s Memorial Foundation, whose membership was comprised of nurses like her. She called former ANC captain, Jane Carson.

“Early in 1983, Diane asked if I would help her raise money to get a memorial placed on the National Mall in Washington, D.C.,” says Carson, who now lives near Eldorado. After a decade of bickering with authorities, Congress passed such a bill and President Ronald Reagan signed legislation in 1988.

The foundation quickly put their plan into action.

This is where Santa Fe sculptor Glenna Goodacre stepped in. The committee chose her work to put their idea into reality. …

Goodacre died on April 13 at her Santa Fe home following a long illness.