Half an Antidote to the Netflix Docu-Fiction “Chicago Seven” 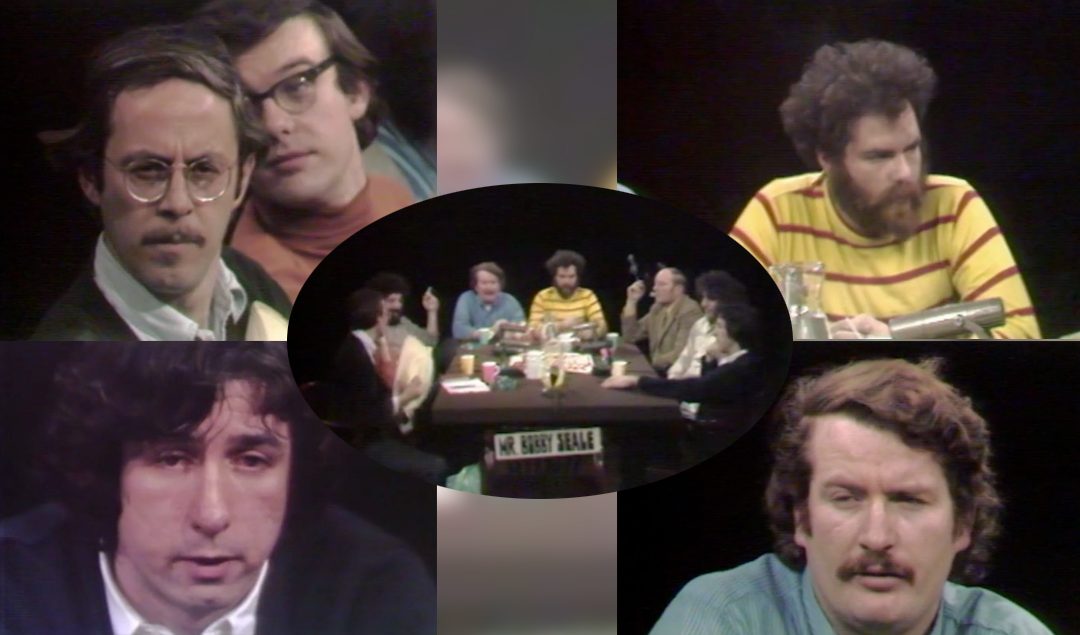 Correction: When we initially posted this, we confused the author of this post, Ronnie Davis, with Chicago 7 defendant Rennie Davis, who recently died. There’s no relationship between the two. Ronnie Davis reached out to us to protest is premature death (comments below)

R.G. Davis recently resurrected two video interviews he conducted with the defendants in the trial of the Chicago 8. To view them, visit diggers.org

The trial of the Chicago 8 and the events that led to it need to be placed in a historical context to understand what happened; remind us why they took place; for whom; and what effect they had on the movement to hinder, harass and stop the US war in Vietnam.

Various anti-war groups intended to present a counter alternative convention to influence the Democratic delegates who met in Chicago in August 1968 to nominate an anti-war candidate for president. Two Democratic candidates for the presidency had campaigned to reduce the US war in Vietnam—Senators Eugene McCarthy and Robert Kennedy. Two months before the national convention, Kennedy was assassinated, just as his brother John had been five years earlier.

With the increasing disaster of the war, and the potential for a unified civil rights and anti-war movement the government, in a bi-partisan effort, enacted measures to counter the growing opposition. Lyndon Johnson had included in his 1968 Civil Rights Act language which made it a felony to “travel in interstate commerce…with the intent to incite, promote, encourage, participate in and carry on a riot….” This would be the statute used by Nixon’s Attorney General Mitchell to charge the Chicago 8 in a conspiracy of “three or more crossing state lines with the intent to incite a riot” even if they didn’t execute what they “intended.” In short, a mind control law.

The third-party Mayor Richard Daley of Chicago—the on-ground manager of the Democratic National Convention—refused to provide permits for a Yippie Festival of Life in the parks, for teach-ins, as well as for marches/demonstrations by the non-violent National Mobilization Committee to End the War in Vietnam (MOBE). Numerous efforts to obtain permits for activities all were denied. When the demonstrations did happen the party boss enforcer Daley directed the police to attack the demonstrators outside the convention hall, rough up the Eugene McCarthy delegates in the Conrad Hilton Hotel, and sent undercover agents into the convention hall to muscle & muzzle anti-war delegates.

In order to completely stop the protest demonstrations the Chicago police used three-foot night sticks to beat the protestors (= the actual riot). Nixon’s undercover agents and local ones had infiltrated the demonstrations early on as both agent provocateurs and spies. These arrangements were revealed in the first days of the trial when forty or more undercover agents testified for the Federal government. “Yes they did ….do it. They intended to disrupt the Democratic Convention.”

To complete the effective repression of the movement for this Federal trial, the US Attorney General appointed a judge who was considered a ‘Hanging judge’—Julius Hoffman. All of his previous twenty-four trials ended in convictions. An early example of the judge’s application of justice is illustrated in dealing with Black Panther Party Chairman Bobby Seale who demanded the right to defend himself. His lawyer was in the hospital … “denied” … then he arose again to claim his rights. The judge had him chained and gagged to a chair in the courtroom. The seat of Justice and Democracy. Nevertheless, Seale struggled to speak. Eventually, the judge sentenced him to four years in jail for contempt of court and Seale was removed from the case.

With two federal prosecutors an FBI agent and anywhere from six to eighteen U.S. Marshalls in the courtroom, Judge Hoffman in a matter of five months proceeded to accuse the defendants of the charges; when they spoke up, to charge them with contempt of court; rejected lawyers’ questions on cross examination; allowed the Marshalls to pummel people and remove them from the courtroom—all in front of the jury who had been selected by him with the objective of railroading the defendants to jail. In the short run, the Kangaroo court succeeded. However, on appeal, his convictions from four months to four years for the defendants, including a four-year prison term for one of the lawyers, were all overturned.

In the 1970 interview I asked but four questions for all to respond. Neither antagonistic to their project nor trying to show how smart I was—rather, coaxing them to correct my views by arguing their case.

“How long have you been in Chicago, and what are you doing here? What is the meaning of Conspiracy to intend to incite a riot? The lawyers Kunstler and Weinglass said the government’s case was bogus, and they couldn’t prove it. What is an aggressive defense? Why did you-all decide to put the Government on trial by providing thirty-nine witnesses to testify as to the breadth of the movement from political radicals to poets and peaceniks with a few militant operatives who had been part of the 60s all rejecting the bourgeois state and many gathered around opposition to the militarization of US foreign policy?” The defendants were able to put up 39-104 witnesses defending the Movement matching the testimony of the Governments 54 undercover agents.

During the trial, across the country the debate in the Left questioned the strategy of working the courts. Some saw it as a distraction, not an opportunity to expose the government. Nevertheless all the defendants participated in confronting the government by being ready to speak out —in Dave Dillinger’s words: “not behaving like Good Germans.” However, some variation of tactics arose in fooling with the trial. One essential supposition was that by making a spectacle of the trial – mostly at the press conferences the corporate media would deliver a liberating message to the youth movement. Trouble in this promotional theory is that the corporate media revised, distorted or ignored any essential radical left critique of the government and the imperialist war.

The Federal governments charges was a bi-partisan project constructed by the Demos & the Repos to crush in any way possible the movement against the US invasion & war in Vietnam. US foreign policy a war policy was a subject to be avoided, ‘off the table.’ Both in electoral campaigns or fake debates there is no discussion of US foreign policy because it is unpatriotic, a sin, a crime to inspect, expose and oppose the US military-industrial-congressional complex. The Empire shall be preserved. Wrap the flag around that one. Look at the vimeo again because the accused did have a complex agreed upon plan.