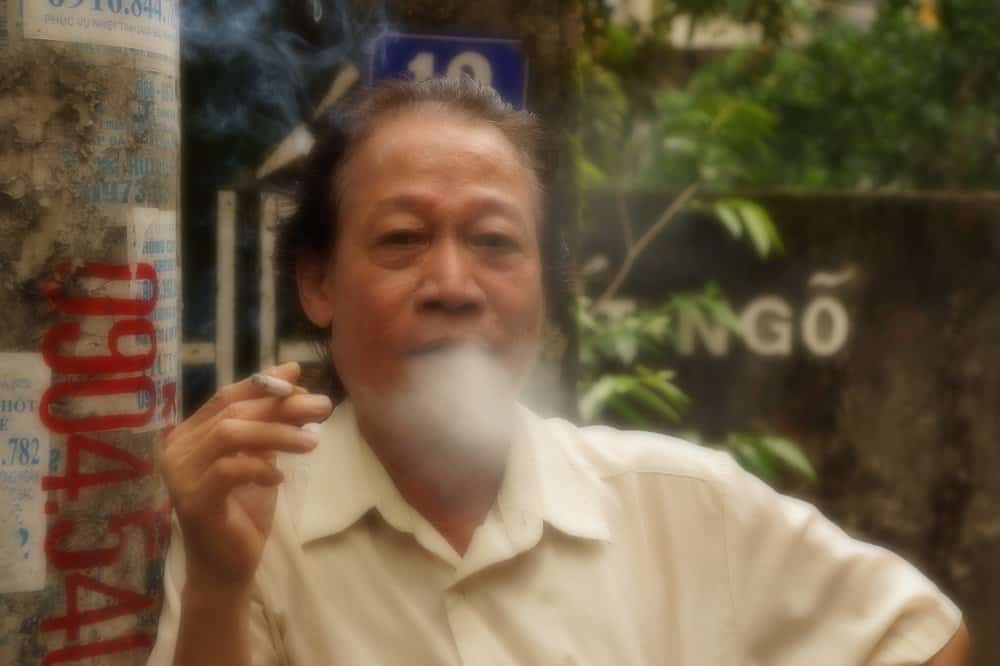 This article originally appeared at theguardian.com. 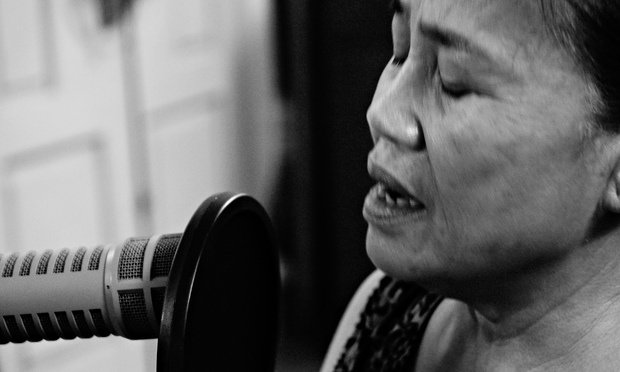 “My sister was born in November 1972, so very often my mom would share with us her memory of carrying my sister in and out of the bunker during the Christmas bombing.” Vân-Ánh Võ is recounting the impact of the Vietnam war on her family. “She recalled how you could hear the air-raid siren cut through the air, and then the frightening low hum of the B-52. The fighter jet came much faster, but it only could drop one or two bombs. Then the air was deadly quiet and the low hum appeared. That would be the scariest time, as she would know that bombs after bombs would drop.”

What we call the Vietnam war, but in Vietnam is often referred to simply as the American war, claimed as many as two million lives. The war blurred the lines between combatants and civilians, playing out not only as one of the most brutal cold-war proxy conflicts, but also pitting Vietnamese against each other.

In April, Vietnam will mark the 40th anniversary of the end of the war. In commemoration of the conflict, German music label Glitterbeat, best known for its work with Tuareg rockers Tamikrest, has compiled an extraordinary record collecting the work of Vietnamese master musicians. Hanoi Masters: War Is a Wound, Peace Is a Scar is an intensely affecting set of songs performed by musicians in their later years. Some of the compositions are direct responses to the war, while others are new adaptations of traditional Vietnamese songs. Regardless of when the songs were written, though, the recordings are all shot through with a sense of intense loss – the loss, the listener feels, not only of friends and family, but also of the innocence that a country that has endured a long history of colonial conflict can perhaps never again enjoy.

This feeling is present throughout the record, but is perhaps most palpable on songs such as I Long to Return to My Hometown, performed on vocal and guitar by Võ Tuấn Minh. The track is slight, but its simple arrangement is pregnant with mourning, the vocal delivered with a desolate, near-cracked quiver full of grief. Elsewhere, the tone is more upbeat, even devotional. On Heroine Song, for example, a two-string lute-like instrument is plucked with startling speed, the tone modulated with occasional bends, while a male and female vocalist sing about Princess Thuong Ngan, “the soul of the mountain river, who helps us to find strength in life”. This double-edged approach characterises the record, on which loss and hardiness sit side by side.

Vân-Ánh Võ, the musical director, zither player and chief percussionist for Hanoi Masters, and a previous Kronos Quartet collaborator, says music played a central role for her family during the war. In order for her father to “avoid holding guns and shooting at people”, he signed up to be a musician. “His task,” she says, “was to rush into battlefields right after two sides stopped shooting, to play the guitar and cheer up the soldiers. Even though there was a high risk of getting killed by snipers, it was still better than shooting at people.”

While her father was a guitarist, many of the songs on Hanoi Masters are performed on ancient Vietnamese instruments half-forgotten by almost everyone but these master musicians. Most fascinating among these is the K’ni, a “mouth violin” believed to have had mystical qualities of such power that to play it privately was outlawed. The K’ni has a single string, held between the teeth and feet and bowed by the player, who sings in a local dialect through the instrument, using their skull as a resonator. The sound, as heard on the minute-long The Wind Blows It Away, performed by Nguyễn Quốc Hùng, sounds like a distant cousin of a regular vocal line, as if lyrics are being transmitted through a theremin.

For Ian Brennan, the Grammy-winning producer who oversaw Hanoi Masters, the K’ni sounds “absolutely extraterrestrial, without the aid of any electricity”. Brennan says many of the traditional instruments that appear on the record act as a precursor to some of the key tropes of western rock music. “Whammy bars,” he says, “are found on many of the instruments, a technology that dates back to the ninth century there, and sound modification like distortion has been valued in their traditions for thousands of years.”

Vân-Ánh Võ, meanwhile, says she has assumed “a responsibility to protect the heritage of these traditional instruments”. For her, this involves not only playing traditional compositions, but also “finding ways to present the sounds of these instruments on the world stages”. Vân-Ánh Võ “redesigns” the instruments in order to play genres including jazz, rock and western classical. “I have been creating new techniques for the instruments,” she says, “and have written new compositions that carry the thoughts of the young generation. Using traditional instruments as the foundation, I introduce a new and modern musical voice to help the young generation develop an appreciation for Vietnamese traditional arts and culture.”

Hanoi Masters offers a window into the stark and powerful beauty of traditional Vietnamese music, and into the nature of music as a salve and response to this most savage of wars. This is not simply a historical exercise; the songs recorded here feel alive and raw, as if the performers are acting as mediums for the horror that their countrymen endured, making it real and present yet again. For Brennan, notions of preservation are too simplistic. Instead, these ideas must be considered in the context of an imbalance born of America’s long cultural dominance. “Music cannot and should not be totally preserved,” he says. “It is a living and evolving thing. Unfortunately, though America may have ‘lost’ the war, they have prevailed in terms of media. The dominance of English language and European musical forms has enacted its own form of cultural genocide globally.”

For Vân-Ánh Võ, the immediate concerns are more prosaic. “As Vietnam is still a developing country,” she says, “people still need to first fill their stomachs or fulfil the basic needs before anything else. It is obvious that there are not many people that pay attention to music of these Hanoi masters in Vietnam. Besides, the traditional music reflects our culture, history, and traditions. Thus the music provides a foundation and strong root for us.

“However, just like a tree, to be alive, it needs not only to have a strong root, but also to learn to adapt the new conditions to give the best fruits. At the moment, the work of the masters might not be seen clearly, but hopefully soon, everyone will see the invaluable worth of them.”

• Hanoi Masters: War Is a Wound, Peace Is a Scar is released on Glitterbeat on 30 March