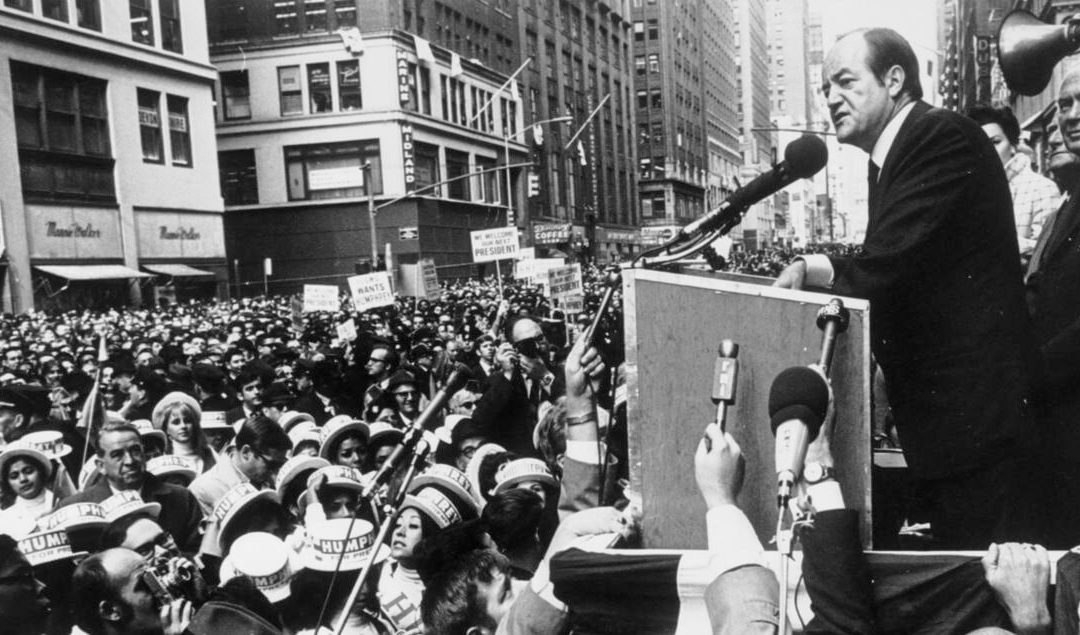 “In our countercultural bubble, we assumed everyone watching the convention shared our feelings of revolt, but the spectacle in Chicago, as history showed us, had an unintended effect. It was the ‘law-and-order’ [Richard] Nixon who got elected.”

This statement comes from David Ansen in “First Look at Aaron Sorkin’s The Trial of the Chicago 7” (Vanity Fair, July 22, 2020). It reminds us that Sorkin’s new movie about the 1968 Democratic Convention will provoke previews and reviews that mangle the history of that year.

Every four years since 1968, the same cautionary tale is retold: If the Vietnam War protesters had been well-behaved at the Chicago Democratic Convention and campaigned for Democratic candidate Hubert Humphrey, he would have defeated Richard Nixon and ended the war. Therefore, the peace movement shares the blame for millions of casualties in the last six and a half years of the war.

The only problem with this accusation is it does not make sense.

The flaw is in the story’s premise: that the election was so tight Humphrey would have won with a little more support.