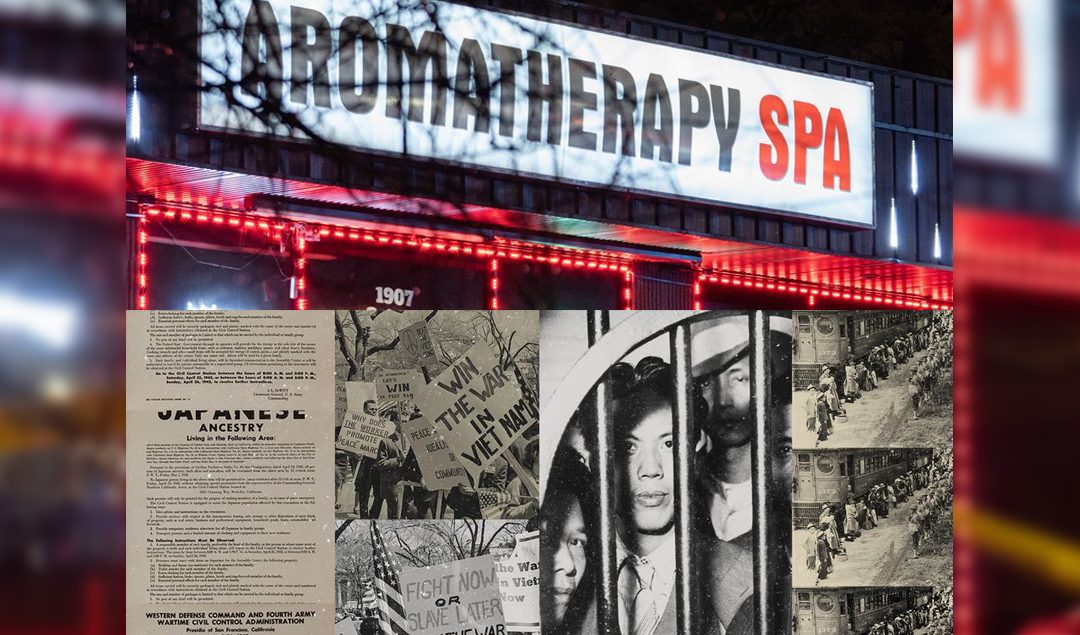 by Connie Wun at Elle

Since the beginning of the COVID-19 pandemic, there’s been a significant uptick in violence against Asians and Asian Americans. The organization Stop AAPI Hate collected more than 2,800 reports of verbal abuse, harassment, and physical assaults against Asians in the United States from March to December 2020. These reports depict a disturbing reality, especially for Asian women, who experienced violence nearly 2.5 times more than their male counterparts. However, the numbers do not tell the full story: They don’t include many of the unreported and increasingly normalized incidents of violence that started as soon as the Trump administration began to unapologetically characterize the global pandemic as the “Chinese virus.” Since then, Asians and Asian Americans have shared countless accounts with one another, privately describing the challenges of everyday life in the U.S.

As an example, early last March, my aunt came home from the grocery store visibly upset. She explained that she had been chased out of a local Bay Area supermarket by another shopper because he insisted that she was carrying the virus. My uncle then suggested that perhaps dying his hair blonde could save him from the anti-Asian harassment.

These stories are painful, but they are also part of a larger, and often dismissed, history of violence. In addition to the Chinese Exclusion Act of 1882, the assaults against Filipino farmworkers in the 1930s by white mobs, and the Japanese internment camps of the 1940s, there’s a longstanding history of racialized colonial wars that shaped our communities’ histories before we even arrived to the United States.

In my undergraduate Asian American studies courses, I learned—for the first time in my life—about the Philippine-American war, where more than 20,000 Filipino soldiers died in combat, and 200,000 Filipino civilians died from war-induced famine and disease. During this time, Filipinos were characterized as savages in need of civilization, and these depictions were used to justify the colonial war and its casualties. I also didn’t learn, until much later in life, about Corporal David Fagen, a Black soldier who defected and joined the Filipinos to fight against the Americans.

As a Vietnamese woman born in Oakland, California, I was never taught about the effects of the Viet Nam War or how, in the aftermath, refugees and immigrants spent indefinite amounts of time in various camps across the globe. I didn’t know about the estimated two million civilians and more than one million Vietnamese soldiers who were killed. I did not understand the enduring impacts of the chemical Agent Orange, which U.S. troops used during the war, until I visited my mother’s homeland in the early 2000s. And it wasn’t until later that I learned about the massacres or the racist characterizations of Vietnamese people used to legitimize millions of deaths. It was then that I also learned about the anti-war protests across the globe, including those led by Black civil rights leaders, like Dr. Martin Luther King Jr., Dr. Angela Davis, and Muhammad Ali. These leaders also fought hard for our rights as new immigrants and children of immigrants in the United States.

Fortunately, I’ve been able to seek out knowledge and learn directly from Asian American leaders, including Yuri Kochiyama, a Japanese internment camp survivor who was friends with civil rights leader Malcolm X. She spent much of her life highlighting the issues impacting Asians and Asian Americans and working in racial solidarity to end police violence and systemic racism against Black, Indigenous, and other communities of color.

Most people, however, do not know, or have failed to grasp, the horrid and racist details of wars that helped bring many Asians to this country.

Read the rest at Elle