How John McCain is remembered By Nguyen Quang Dy 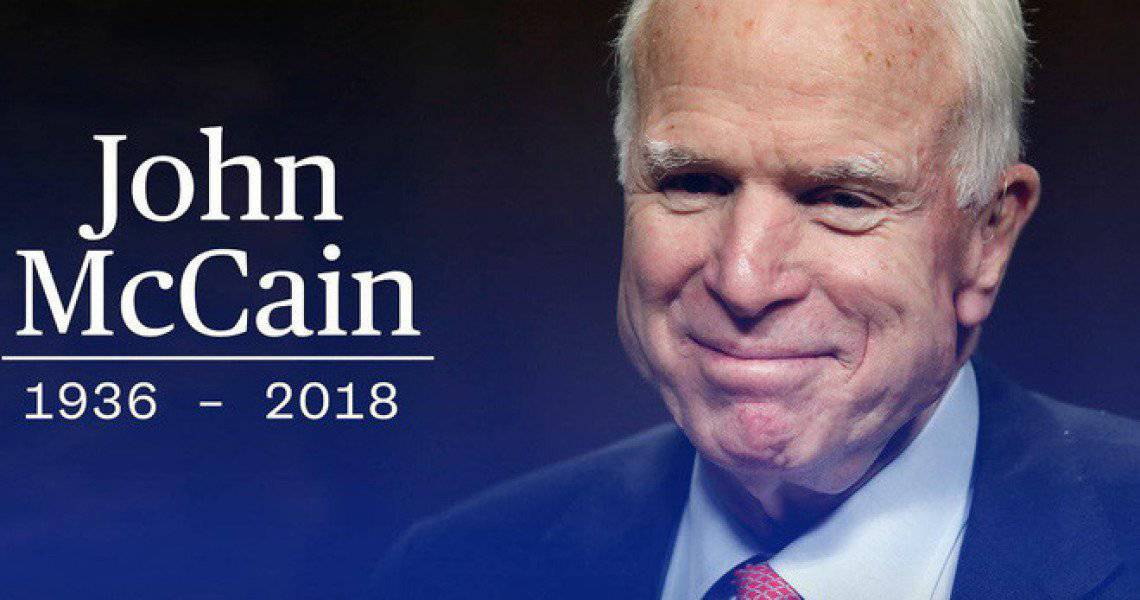 “Mr. Nguyen Quang Dy is retired from Viet Nam’s Ministry of Foreign Affairs. He studied in Australia and in the U.S., at Harvard, where he was a Nieman Fellow.  His writings and commentary are read and respected among the expat community and Vietnamese contemporaries, and young Vietnamese as well.” ~ Chuck Searcy

John McCain (like John Kerry) is a congressional leader (and “a titan in the Senate”). Both are successful politicians who have run unsuccessfully for president. Both men are Vietnam War veterans who (as a Republican and a Democrat) have done so much to support the painful process of normalization of relations between the two bitter enemies.

John McCain (as a naval pilot) was shot down over a Hanoi lake during an air strike and jailed for over five years in the “Hanoi Hilton”, while John Kerry (as a gunboat officer) was wounded during battles in the Mekong delta during the Vietnam War. Both Johns are known much more for their peace-making efforts with Vietnam than for their war records.

John McCain (unlike John Kerry) suffered so much in captivity, yet he worked so hard over the years (like John Kerry) to assist Vietnam’s post-war reconstruction and reconciliation. The last major action John McCain and John Kerry did for Vietnam was to lobby and support President Obama’s timely decision to lift the arms ban on Vietnam (May 23, 2016).

John McCain fought for what he believed was right until the very end. In one of his last public acts, McCain blasted Trump’s summit with Putin (July 16, 2018) as “one of the most disgraceful performances by an American president in memory”. Then he went on “The damage inflicted by Trump’s naiveté, egotism, false equivalence, and sympathy for autocrats is difficult to calculate. But it is clear that the summit in Helsinki was a tragic mistake”.

As John McCain died on August 25, 2018 (the full-moon thanksgiving day in Vietnam), he has left not only deep sorrow in the heart of his family and friends, but also a huge gap in the dynamics of US-Vietnam Relationship, at this critical juncture of history.

There are few men who could really come to terms with their former enemy. And much fewer men are missed and loved by both friends and foes alike when they die. John McCain is such a man, as he stands larger than size with his uncommon values and valor.

When John McCain was diagnosed with brain cancer (glioblastoma) a year ago, he told CNN “every life has to end one way or another”. He said: “I’ve lived very well and I’ve been deprived of all comforts. I’ve been as lonely as a person can be and I’ve enjoyed the company of heroes. I’ve suffered the deepest despair and experienced the highest exultation”.

If “statesmen are judged not for what they did but for the consequences of their actions” (as people say), John McCain is such a statesman. He would live much longer than life in the heart and mind of people he cares for. His family and friends should be proud of this uncommon man who will be missed and remembered as a decent man, and a good guy.

There are no better words for this man than the speech that Ambassador Pete Peterson delivered in Boston (September 10, 2001) during an Award Dinner Honoring Senator John McCain and Senator John Kerry. Let me quote (in part) to make the points:

Tonight, we gather to honor two more brave men – the architects of American’s reconciliation with Vietnam: Senators John McCain and John Kerry. Through the administrations of four American presidents (Reagan, Bush, Clinton, and, now, another Bush), I have seen how these two colleagues of mine in Congress –  and fellow veterans of Vietnam – first planned, designed, and then patiently guided this reconciliation to completion…

Having seen first-hand the recent evolution of Vietnam, I can tell you that with the aid of John McCain and John Kerry, the people of Vietnam now have a chance at a better future…like what our country eventually enjoyed after the reconciliation of our own civil war…They are just as heroic in waging peace…as they are in waging war…

It took 50 years after the last shot was fired in the American civil war for the survivors reconcile their differences on the field at Gettysburg…Without John McCain and John Kerry, it would have taken far longer. Maybe 50 years…when those of us who went to Vietnam the first time would be in the 8th and 9th decades of our lives. May be even longer…

But because of these two visionaries, these two leaders, it happened sooner in our lifetimes…

The American people and the people of Vietnam are forever in your debt.

The future relations of these countries is in your debt…

May John McCain’s soul live in peace without ordeal.