How Soldiers Brought a Halt to the U.S. War Machine 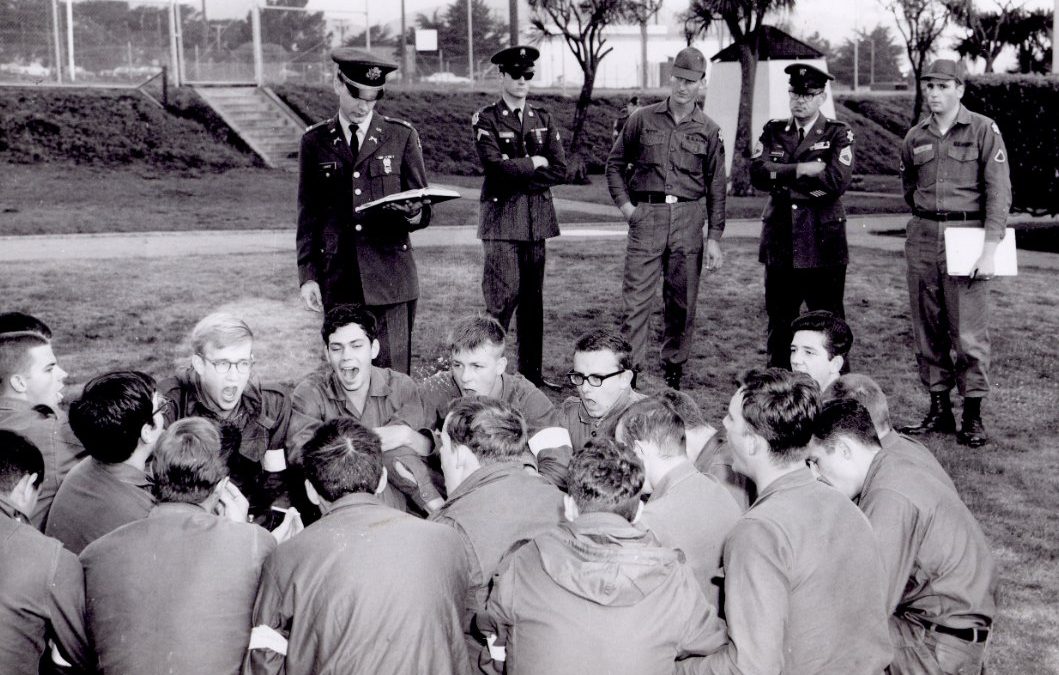 A Waging Peace in Vietnam book review by Roger Bybee originally appeared at The Progressive on October 29, 2019.

Waging Peace in Vietnam: U.S. Soldiers and Veterans Who Opposed the War (New Village Press) is a new and fiercely compelling anthology about a wide swath of U.S. troops that were crucial to opposing the Vietnam War. The volume offers “an almost-secret history” of a vast movement that ground down the high-powered U.S. war machine in Vietnam to a barely-functioning crawl.

Co-editors Ron Carver, David Cortright, and Barbara Doherty have compiled a remarkable book that pulls the reader through deeply moving personal accounts of ordinary, mostly working-class military men and women. They tell of how these soldiers came to oppose the war and then discovered innovative forms of taking action against it. Their stories are vividly reflected in photos by William Short and oral histories by Willa Seidenberg, who conducted many of the interviews with soldiers and veterans in the book.

The Waging Peace book grew out of an exhibit that premiered at the War Remnants Museum in Ho Chi Minh City documenting a war that claimed the lives of more than three million Vietnamese and 58,209 Americans. The book is also tied to a traveling exhibit from that is now making it way to cities across the country. The exhibit will be in Washington, D.C., from November 11 to December 12 at the Elliott School of International Affairs at George Washington University and on Sunday, November, 17 at the Philadelphia Central Library in Philadelphia. It is scheduled to travel to other cities in 2020 including Seattle, San Francisco, and Los Angeles, then on to the Midwest and the South—mostly on university campuses.

Waging Peace shows servicemen and women engaged deep examinations of their moral moorings. They witnessed the inhumanity of warfare heavily directed at civilians, and on behalf of corrupt South Vietnamese dictatorships serving as instruments of U.S. imperial policy. The troops struggled against harsh and arbitrary discipline, and black and Latino soldiers confronted incessant racism. The reality of the war, they discovered, was the antithesis of the official rationales of “saving lives” and “protecting democracy.”

Special Forces medical trainee Gerry Condon, reflects in the book on the soul-searching this process demanded of him, realizing, “you’re going to have to decide who you are.” Condon ultimately chose to desert, and found refuge in Sweden.

Infantryman Mike Wong worried about displaying “cowardice” if he did not serve his country, even as he increasingly recognized the compromises of fighting in Vietnam. “Do you want to be a murderer or a coward?” he asks, finally concluding, “a murderer not only hurts himself; he hurts other people, too. And so I went to Canada.”

Actions like seeking sanctuary outside the United States, refusing induction into the military, or going AWOL were just a few ways people expressed opposition. As the war dragged on, opposition among the troops burst into a wide range of activism, including wearing anti-war buttons while in uniform, circulating petitions, organizing their own demonstrations, performing guerrilla theater, forming the Vietnam Veterans Against the War, staging hearings about war crimes, throwing back the medals they earned in Vietnam, and openly refusing to go on combat patrols.

Resistance to the war was sustained by the publication of some 250 to 300 “underground” anti-war papers written by GIs, allowing them to articulate their feelings and reinforcing their fight for peace. A network of thirty-two GI coffee houses and service centers provided a space for troops to gather, discuss their dissident views, and provide mutual support

A GI newspaper distributed at Fort McClellan in Alabama provided a glimpse into the emerging consciousness of servicemen and women about the war. “Bob,” a combat veteran told the paper, “I figure I was used to protect the interests of rich politicians [and] big businessmen. Hell, if I wasn’t over there shooting up bullets and rockets, how would Dow Chemical make its money?”

“Bill,” another vet, agreed with Bob’s assessment of the remorseless violence directed at the Vietnamese, who withstood three times the tonnage of bombs dropped in WWII.

“The Vietnamese people had every imaginable crime committed against it,” he wrote. Officers sought to maximize the “body count” of dead Vietnamese so that they could proclaim “success” and thus climb to a higher rank. They ordered foot soldiers to indiscriminately kill civilians, “even kids,” Bill continued.

The breadth and depth of the GI resistance is all the more remarkable given the crushing repression employed by military commanders. As co-editor David Cortright notes, “The military is an authoritarian institution with a myriad of methods to instill obedience and punish dissent—systematic indoctrination, punitive duty or reassignment, brutal forced labor or exercise, reprimands, demotions, courts-martial, imprisonment, and dishonorable discharges.” This list doesn’t include the beatings and physical abuse including torture, which occurred frequently in military brigs.

Even the most modest and explicit forms of opposition to the war were met with overwhelming force. On July 4, 1971, every soldier demonstrating their opposition to the war at a Washington base was arrested by military police while singing “America the Beautiful” and handing out copies of the Declaration of Independence. But after media publicity about the arrests badly embarrassed the Army, charges were dropped against all of the participants.

In fact, opposition by soldiers, sailors, and airmen eventually left the U.S. military significantly paralyzed in its ability to conduct operations. The military establishment’s authoritative Armed Forces Journal frankly assessed the situation during the war: “By every conceivable indicator, our army that now remains in Vietnam is in a state approaching collapse, with individual units avoiding or having refused combat, murdering their officers and noncommissioned officers, drug-ridden, and dispirited where not near-mutinous.”

Resistance to the war was sustained by the publication of some 250 to 300 “underground” anti-war papers written by GIs, allowing them to articulate their feelings and reinforcing their fight for peace.

A significant number of combat soldiers simply refused to take part in operations. “They have set up separate companies for men who refuse to go into the field. It’s no big thing to refuse to go,” a soldier told The New York Times.

The unwillingness to take part in combat missions intensified to the point where commanders felt compelled to confiscate all fragmentation grenades because they were being used to threaten or kill officers judged to be too “gung-ho” and aggressive. The grenades, easy to conceal and leaving no traces of evidence behind, were used in an estimated 600 to 850 “fragging” incidents where they were tossed into officers’ tents.

As resistance among ground troops mounted, military planners tried to substitute more remote methods—bombing runs, naval shellings, and other actions. But this strategy, too, eventually triggered new forms of resistance in the Air Force and Navy. “As the ground troops in Vietnam became increasingly unreliable, the Pentagon turned to B-52 bombers and fighter jets aboard aircraft carriers—and desertion rates exploded in the Navy and Air Force,” explains co-editor Carver.

Along with desertions, open rebellions in the Navy and Air Force gained momentum. For example, Navy commanders were stunned when a 1972 protest, led by black sailors aboard the USS Constellation aircraft carrier, escalated into the “first mass mutiny in the history of the U.S. Navy.”

The spirit of defiance shown against the Vietnam War has continued into more recent imperial adventures by the United States in Iraq and Afghanistan, employing new forms a technology to communicate with other dissident troops and to explain the situation to the broader public. Instead of underground GI papers, troops now use their laptop computers to create blogs and transmit news via Skype.

Blogs like Fight to Survive were designed during the first Gulf War as “the mouthpiece for a group of soldiers who are fighting in a war they oppose for a President they didn’t elect while the petrochemical complex turns the blood of their fallen comrades into oil.” The struggle against militarism has also produced the latest round of activism, through groups like Iraq Veterans Against the War, reflecting the continuity of GI resistance to U.S. wars of conquest.

Waging Peace offers a full and extraordinarily powerful picture of the way that soldiers and veterans provided a much-overlooked but immense contribution to forcing an end to the United States invasion of Vietnam. The troops created a remarkable movement that stopped the drive for a vast-expansion of the war that had caused so much suffering for the Vietnamese people and the servicemen and women as well.