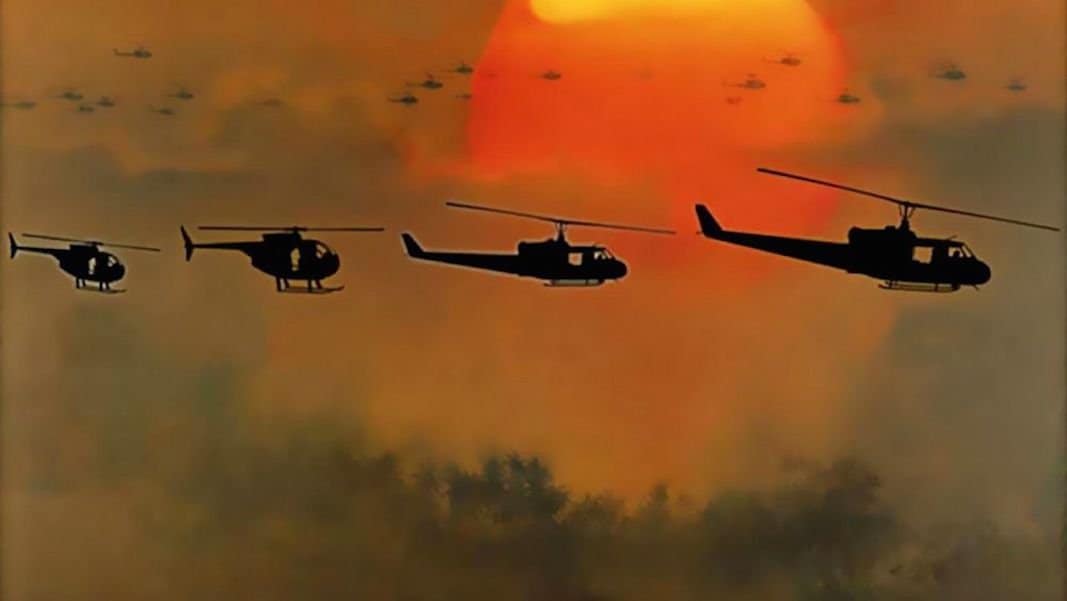 This article originally appeared at Counterpunch.org

It is almost 3 AM in Portland, Oregon. I just finished watching the film, “Apocalypse Now, Redux.” The original film was made in 1979, and was directed by Francis Ford Coppola. The film won five Academy Awards in 1980, but did not win Best Picture.

In 2001, the definitive version was released. It was re-edited and re-mastered. Hence, the word, “Redux ” was added, which means brought back, or revived. I probably saw the original film sometime shortly after it was released. I had never seen the 2001 version, which has 49 minutes of additional footage. This version is approximately 202 minutes long. In my opinion, it is not just a film, it is a high-powered experience, especially for those who were raised in that era.

I remember being a senior in high school, when I heard this announcement on the radio: ” John Fitzgerald Kennedy, 35th president of the United States is dead.” Several months later, The Beatles appeared on The Ed Sullivan Show for the first time. On August 2, 1964, the Gulf of Tonkin incident occurred, which was based on a total lie, and the United States was launched into the barbarity of the Vietnam War. If you have not seen the new version of “Apocalypse Now,” I would highly recommend it. Some people might say it is a Hollywood liberal bullshit version of war. Those who would say this have no idea of the total insanity of the war in Southeast Asia,  nor the disturbing twisted mentality of the United States Government under Johnson and Nixon. In short, it is like hearing classical music being played while prisoners were being herded into the gas chambers at Auschwitz. That was the war in Vietnam, Laos and Cambodia. At Auschwitz, 1.1 million people were murdered. In Vietnam, Laos and Cambodia, those killed were four times higher than that concentration camp. That reality cannot be processed by anyone who thinks the United States is the greatest country in the world. Their core belief system could not handle this head on collision. The film, “Apocalypse Now,” was way ahead of its time. The longer I watched it, the more seductively intoxicating it became.

Francis Ford Coppola’s hallucinatory film pushed the insanity of the characters to the extreme, where many people would see the film as strictly entertainment, and no where close to any kind of reality. After all, this is Hollywood, and exaggeration is what it is all about, because directors want to inject adrenaline into the audience. This film, though based on fiction, was insanely true, but the Vietnam War itself, was far worse. The magnitude of the human suffering was so mortifying, that the truth would have to be concealed from the American people.

When I was in Vietnam, I went on R-an-R to Hawaii to meet my wife and three-month-old daughter for the first time. A few days before I left, I was called out in the middle of the night because an American soldier committed suicide with his M-16. When I got there, I did everything possible to save his life as a medic. Several days later, I am in Hawaii enjoying the beautiful weather, staying at an expensive hotel, swimming in the pool, and drinking Primo Beer. Six days later I am back in Vietnam, and the first day back to my unit, mortar rounds come down on top of me, and one U.S. soldier is injured.

Fast forward a couple of months, and I am taking an in-country R-and-R in Da Nang at China Beach. While I was there, a buddy and I were eating our meal in the mess hall at the Rec center. Who walked in, but Miss America and her entourage of four other contestants who were in the Miss America Pageant. A few days later, I was back in my unit, and I am helping take an American soldier off of a medevac helicopter with half of his head gone.

When I hear what is happening in the Middle East, where it has been war after war after war for the Pentagon, I am reminded of what Martin Luther King, Jr. said in his speech on Vietnam on April 4, 1967: ” The greatest purveyor of violence in the world today is my own government.”

Mike Hastie served as an Army Medic in Vietnam.