It’s been decades since the Vietnam War ended, and the Smithsonian has never mounted a full exhibition. Until now. 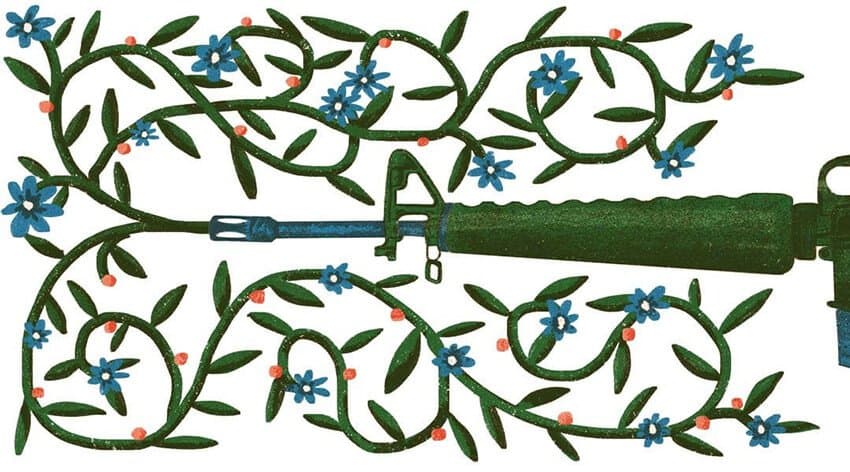 This article originally appeared at thewashingtonpost.com.

By Philip Kennicott, Art and architecture critic
The Vietnam War, which tore this country apart and forever changed its politics and culture, has never been the subject of a Smithsonian exhibition. The nation managed to build a memorial in 1982 to those who died in the war, less than a decade after the fall of Saigon, and, in 2017, Americans watched an epic 18-hour PBS documentary about the war, without any substantial political controversy. The war is included within exhibitions at the National Museum of American History, is referenced in the National Museum of African American History and Culture and served as the backdrop to an anniversary exhibition about the Vietnam memorial in 2003. But it hasn’t been the subject of specific, focused curatorial reconsideration. 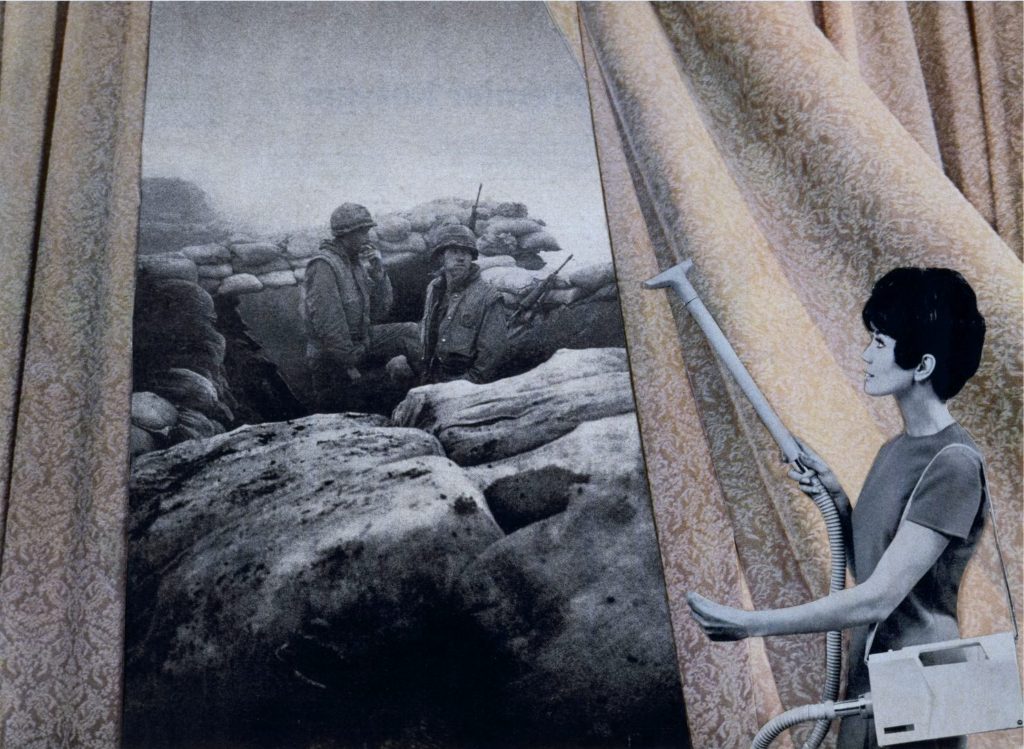 In March, that changes. When the Smithsonian American Art Museum opens “Artists Respond: American Art and the Vietnam War, 1965-1974,” the nation’s preeminent museum franchise will take its most sustained look at one of the most culture-changing events in American history. It isn’t a history exhibition in the usual sense, but a look at how that history affected the work of visual artists — an impact, curator Melissa Ho says, that was huge.

“I was really interested in following the thread of how the war changed American art,” says Ho, who has been working on the exhibition for years.

The pervasiveness of the war as a subject for media, as a political event, as a looming shadow over young men eligible for the draft and a brutal punctuation in the lives of those who served, meant that few artists were able to avoid its impact, and many felt a moral imperative to confront it in their art.

“As I spoke to more and more artists who lived through this period,” Ho says, “they were asking, ‘What is the relationship between what I am living through as a human being, as a social being, and where does that live in my work?’ 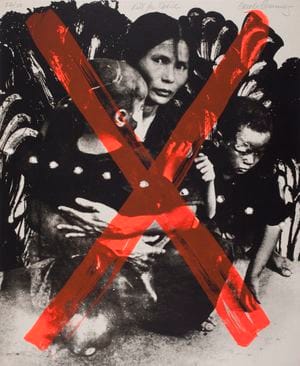 If you look across the arts, Ho says, you eventually see signs of what was obvious then but has faded over time: the crushing, omnipresent sense that the war was everywhere — even, in some cases, in the work of artists who are not considered overtly political or particularly topical.

Ho says that one powerful prompt to reconsider this period came from an encounter with a work by the Japanese conceptual artist On Kawara, from the National Gallery of Art. Kawara’s “Title” is from 1965 and includes three panels, one with the year it was made, another with the words “One Thing” and the other bearing the name “Viet-Nam.”

It was a key work in Kawara’s development and will be included in the new show, but Ho wasn’t familiar with it when she first saw it a decade ago. “It kind of stopped me in my tracks,” she says. “Here is this artist who is so reserved, who seems to steer clear of topical commentary, but this picture has such as strong ethical, psychological, ethical power. It got me looking in unexpected places for these tremors of the war.”

The Vietnam War was the subject of an important traveling exhibition, “A Different War: Vietnam in Art,” organized by curator Lucy Lippard almost 30 years ago. But Ho says the intervening three decades have changed how we see art from that period, and the artists whom we consider including in our purview.

Lippard “had lived through the period, and had been really involved in a lot of activism against the war,” Ho says, “and she was making that show in the ’80s, when there is not a lot of distance from the events, or from the art.” Today, the “tremors” of Vietnam can be felt not just in the activist art that was directly engaged with the war, but also throughout the art world. It is even apparent in works by Barnett Newman and Ad Reinhardt, who were established elder figures at the time, and whose work was resolutely abstract and set apart from the daily political fracas. 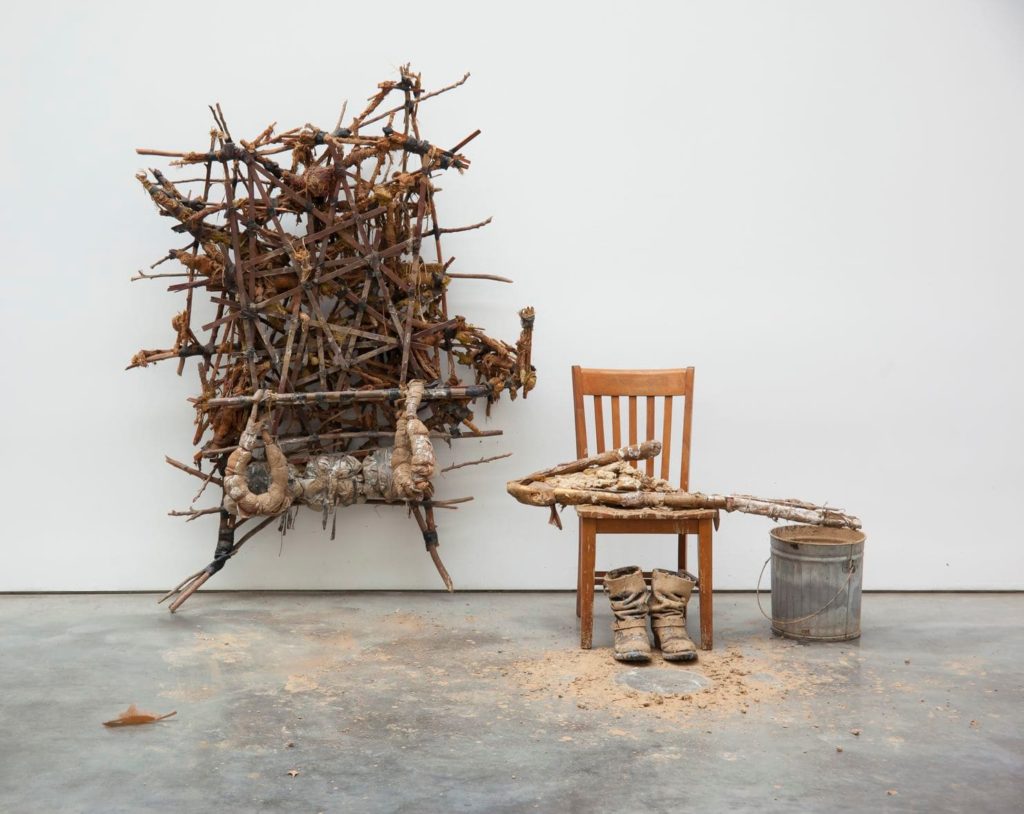 “Both of them were very important senior figures for the New York art community, both of them were very political, but both of them kept a line, they steered clear of topical, recognizable, legible political content,” Ho says. Nevertheless, she adds, “they expressed those feelings as a citizen in other ways, and there are occasions in which they allow themselves to try to bring those together.”

Ho says the exhibition will include a chapter on how the establishment “high art” figures of the New York scene grappled not just with the war, but also with the larger fallout of the war, including the turmoil during the 1968 Democratic National Convention in Chicago, when police wreaked violence on protesters. 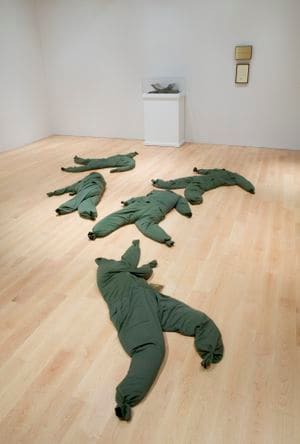 But it also will include protest art, work that was made in communities not invited into the art mainstream, art from Chicano and African American artists, and art that cuts across the myriad disciplines and methods that artists pursued during the period under consideration.

“It is a real mixture of voices that I find invigorating,” Ho says.

And what of the potential political controversy? There’s a good reason, perhaps, that the Smithsonian has avoided the subject for so long. Controversies over the exhibition of the World War II bomber the Enola Gay and the history of the U.S. use of the atomic bomb, and an exhibition of gay and lesbian themes within portraiture, have left the Smithsonian open to criticism from audiences that resist cultural change and the refining and revision of established historical narratives.

“I have been hugely aware that a segment of my audience seeing this show is coming in with really strong feelings, opinions, preconceptions of this period,” Ho says.

But given the reach and scope of the exhibition, and the difficulty of the topic, which complicates finding outside funding, she is happy the Smithsonian is hosting it.

“I feel really privileged to take this bite at the apple,” she says. “It is not an obvious, easy magnet for corporate funding, and I feel like only the Smithsonian could do that, because the Smithsonian is so established and trusted.”

The bulk of the work on view, the curator says, comes from an antiwar perspective, but that was inevitable, given the show’s focus — on independent artists who weren’t making commercial or popular or military art. But Ho also is keenly aware of how passionately many people still feel about the war.

The Vietnam wound to the American psyche, and the art that traces the contours of that wound, feel to her both remarkably contemporary and also distant, and historical. We see, perhaps, the beginning of our current moment, but 50 years removed.

“My checklist feels super-contemporary, a lot of [the art] could be made now,” she says. “But a lot of it also just reminds you how long ago this was.”