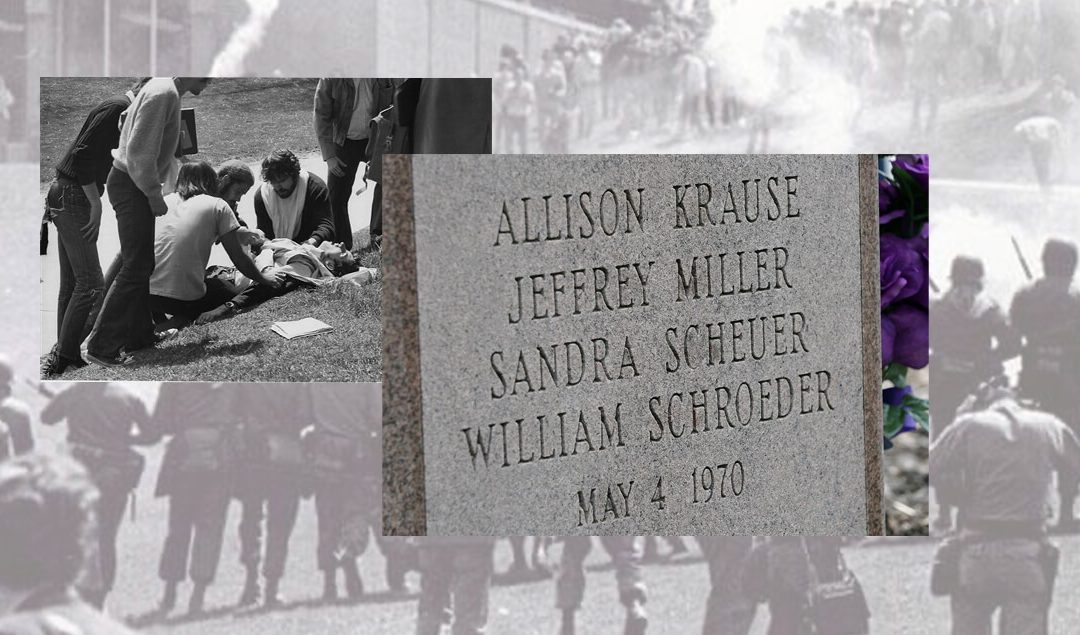 The shootings at the Vietnam War protest was seen “as an indication that things in the U.S. — on and off campus — were spiraling out of control,” a historian said.

by Ben Kesslen at NBC News

Joe Lewis was just 18 when he was shot twice by the Ohio National Guard on his college campus.

A freshman at Kent State University in Ohio, Lewis had saved money working at the post office during high school to pay for his first year of college. He loved the freedom college afforded, and in 1970, the campus was abuzz with the “excitement of being on the cusp of a new world,” he said.

Lewis grew up on images of the civil rights protests and the Vietnam War and took part in anti-war protests when he got to the campus.

But in May, things escalated and then turned tragic.

Vehemently opposed to President Richard Nixon’s escalation of the war into Cambodia, students at Kent State began protesting. On Friday, May 1, students demonstrated on campus and throughout the town of Kent. The next day, the Reserve Officers’ Training Corps building on campus was set on fire — how the blaze started remains up for debate — and by the evening, Gov.Jim Rhodes, who was running for the Senate, called in the National Guard. That Sunday, in a press conference, the governor called the students “the worst type of people that we harbor in America.”

By Monday, May 4, things reached a boiling point, and students weren’t just protesting the war anymore but also the armed guards stationed on their campus with military-grade weapons. Lewis was among the estimated 2,000 people who gathered that afternoon in a demonstration beset by the “toxic waters of the 60s flowing together in one place,” according to historian Howard Means, who wrote a book on the incident, “67 Shots: Kent State and the End of American Innocence.”

“You had this combination of naive students, a politically ambitious governor, and a laissez-faire administration all deeply complicated by terrible leadership in the National Guard,” Means said. As the National Guard ordered Lewis and his fellow students to disperse, they refused. The guardsmen used tear gas, but it proved largely useless because of the wind, and students threw rocks. While this was all happening, the important school administrators were out to lunch, Means said.

Then, the guardsmen, at least 60 yards from most of the students protesting, started firing. In 13 seconds, 61 to 67 shots were fired. Lewis was hit twice, four students were killed, eight others were injured, one of whom was permanently paralyzed, and the course of history was altered.

“I remember stopping, and there was absolute stillness,” Lewis said of the moments after the shots. “Then, screaming and wailing and chaos. I didn’t lose consciousness, I was in a state of shock.”