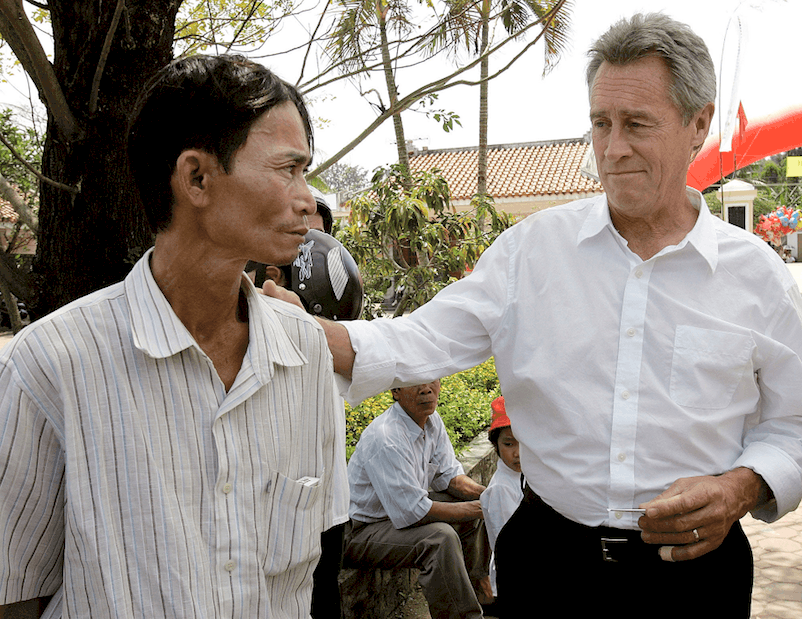 Lawrence Manley Colburn, a helicopter gunner in the Vietnam War who helped end the slaughter of hundreds of unarmed Vietnamese villagers by U.S. troops at My Lai, has died. He was 67.

Lisa Colburn, speaking with The Associated Press on Thursday evening, said her husband of 31 years was diagnosed with cancer in late September and died Tuesday.

“It was very quick,” she said by phone from her Canton, Georgia, home near Atlanta. “He was a very peaceful man who had a great desire for there to be a peaceful world.”

She also called him “a compassionate person who was a hero in many people’s eyes.”
Colburn was the last surviving member of a U.S. Army crew that ended the My Lai massacre of March 16, 1968. According to accounts, pilot Hugh Thompson landed the helicopter between unarmed villagers and American troops and ordered Colburn and crew chief Glenn Andreotta to cover him.

In an initial Facebook post, Lisa Colburn confirmed the death and wrote: “As most of you know, Larry has been very ill for a while but his suffering ended today, 12/13/16/.” She added: “Your friendship meant a lot to him.”

She added the she and their son, Connor, “appreciate your love and support during this difficult time.”

Trent Angers, the biographer for Thompson, who wrote “The Forgotten Hero of My Lai: The Hugh Thompson Story,” said Colburn played an indispensable role in stopping the massacre at My Lai.

“He stood up, shoulder to shoulder with Hugh and Glenn, to oppose and stand down against those who were committing crimes against humanity. Without his assistance, Hugh might not have done what he did,” Angers said.

Colburn and Thompson were nominated for the Nobel Peace prize in 2001 for their actions and received the Soldier’s Medal, the highest U.S. military award for bravery not involving conflict with the enemy.

Thompson, who lived in Lafayette, Louisiana, died in 2006. Andreotta was killed in the Vietnam War three weeks after My Lai.

A memorial service for Colburn is planned for Jan. 7 at the Darby Funeral Home in Canton, Georgia, according to the funeral home. It said that in addition to his wife and son, Colburn is survived by three sisters.