LEGACY OF THE VIETNAM WAR 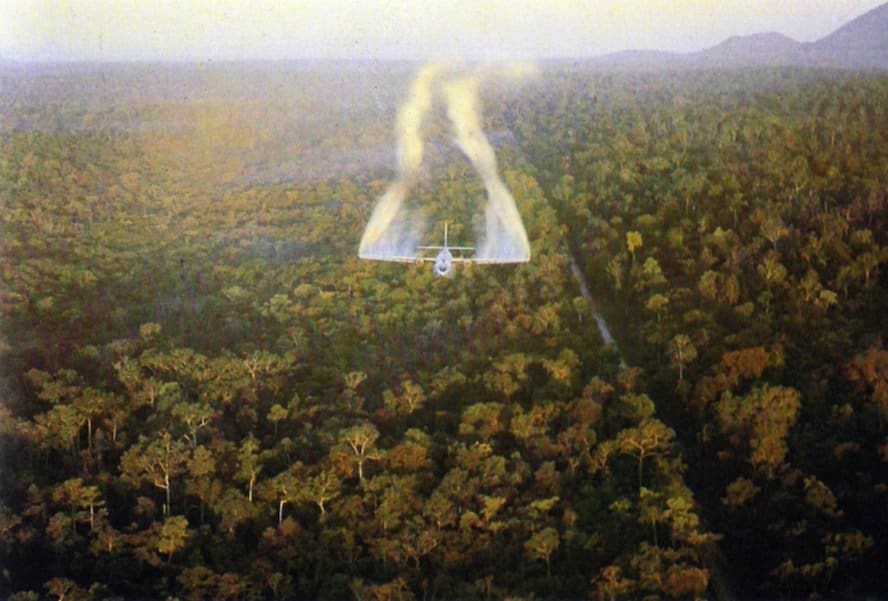 At the end of the year most of us see an increase in requests for contributions to various charities. This year the appeal that had a great deal of impact on my family came from the Vietnam Agent Orange Relief and Responsibility Campaign*. This organization represents over 365,000 Agent Orange victims. Between 1962 and 1971 the U.S. military sprayed nearly 20,000,000 gallons of chemical herbicides and defoliants in Vietnam, eastern Laos and parts of Cambodia. The Department of Veteran Affairs has received disability claims from nearly 40,000 soldiers who were exposed to Agent Orange while serving in Vietnam. The Vietnam Red Cross reports that as many as 3 million Vietnamese people have been affected by this dangerous chemical, including about 150,000 children born with birth defects. Many second and third generations of babies are born with horrible deformities.

We were wrong, terribly wrong.

A girl stops, gently touches the
name of the father she never met.
Tears flow freely.

Leaders in Washington are not moved
by sentimentality. Vietnam casualties
are acceptable losses.

It was a long war
A tragic war
An unwinnable war

Sign the Postcard to Congress in support of the Victims of Agent Orange Relief Act of 2015, H.R. 2114, introduced by Rep. Barbara Lee

Click here to send a personal letter to your Congress person.