‘Letters to the Wall’ of the Vietnam War experience published 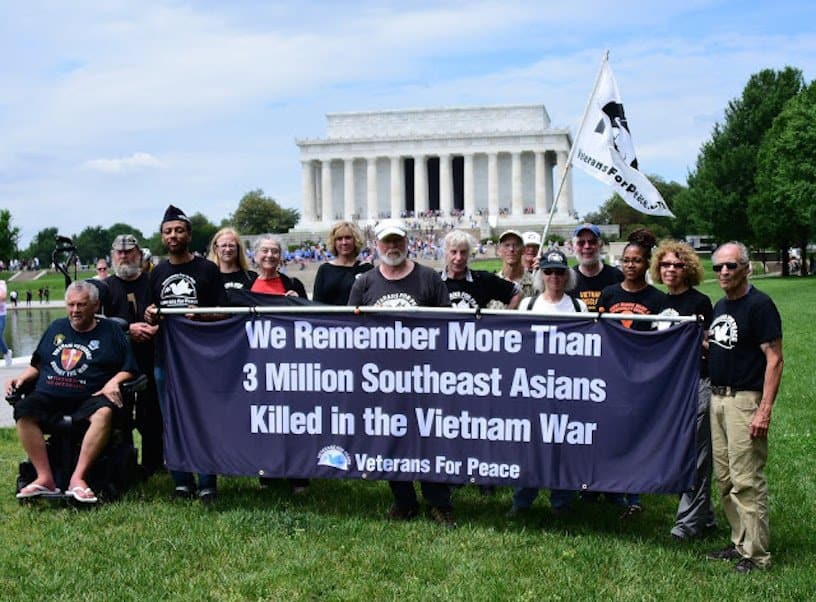 This article originally appeared at the DailyBulldog.com

CHESTERVILLE – When Veterans for Peace realized that a government-made website was lacking information on the Vietnam War they quickly rallied to make changes happen. The group, founded in 1985 by five Maine veterans, is now an international movement with nearly 4,000 members.

“We’re not calling people liars, we just want to make sure the whole story is told,” Doug Rawlings said. Rawlings, of Chesterville, is one of the five founders of VFP and now serves as vice president for the organization [of the local chapter].

The website was created by the Pentagon with the goal of providing education on the history of the Vietnam War. It was designed as a timeline, detailing different events that occurred throughout the nearly 20-year war. As Rawlings and other members of VFP studied the timeline they realized there were holes in the information.

“It was full of poor background information,” Rawlings explained. “Huge massacres were referred to as merely incidences, and it lacked any information about the resistance against the war that was going on at that time.”

The website was launched in 2014 but after pressure from VFP and other organizations it was taken down “for maintenance.” It was this initial event that sparked the idea for another website: Vietnam Full Disclosure. The website focuses on providing full and accurate information about the Vietnam War and also acts as a launching pad for workshops, trainings and teach-ins across the U.S.

“We looked at their timeline and added what was missing to make our own,” Rawlings said. “There’s no such thing as an objective history.”

One way that Vietnam Full Disclosure and Veterans for Peace have added to the timeline is by compiling a book of letters written by those touched by the Vietnam War. “We have letters from nurses, granddaughters, activists, veterans. I tell people to just write from the heart, even if you don’t know what to say. And we get all these amazing letters,” Rawlings said. 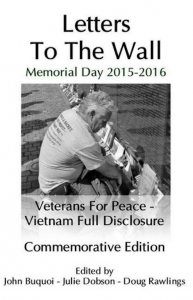 The book, titled Letters to the Wall, assembled 150 of the 300 letters written over the past two years. Each year on Memorial Day the letters have been delivered by members of VFP to the Vietnam War veterans Memorial Wall in Washington D.C., all left open with the message: “Please Read Me” written on the envelope. They will be continuing the project for the next 10 years, collecting letters from anyone who would like to contribute to the project.

“The beauty of the collection is that these are all personal narratives,” Rawlings said. “There are poems, detailed descriptions about killing someone, a Vietnamese-American refugee whose dad was kept in a detention camp for nine years; all sorts of stories.”

The biggest goal in publishing Letters to the Wall is to educate people. The VFP hopes to get the publication into schools around the country, both high schools and colleges.

“The most common message throughout all of the letters is that we should have done more to stop the war,” Rawlings says. “And people from both sides are saying it.”

Letters to the Wall can be purchased online at lulu.com as well as an e-book edition on the Vietnam Full Disclosure website. Stay tuned for information regarding a reading and discussion of the book.